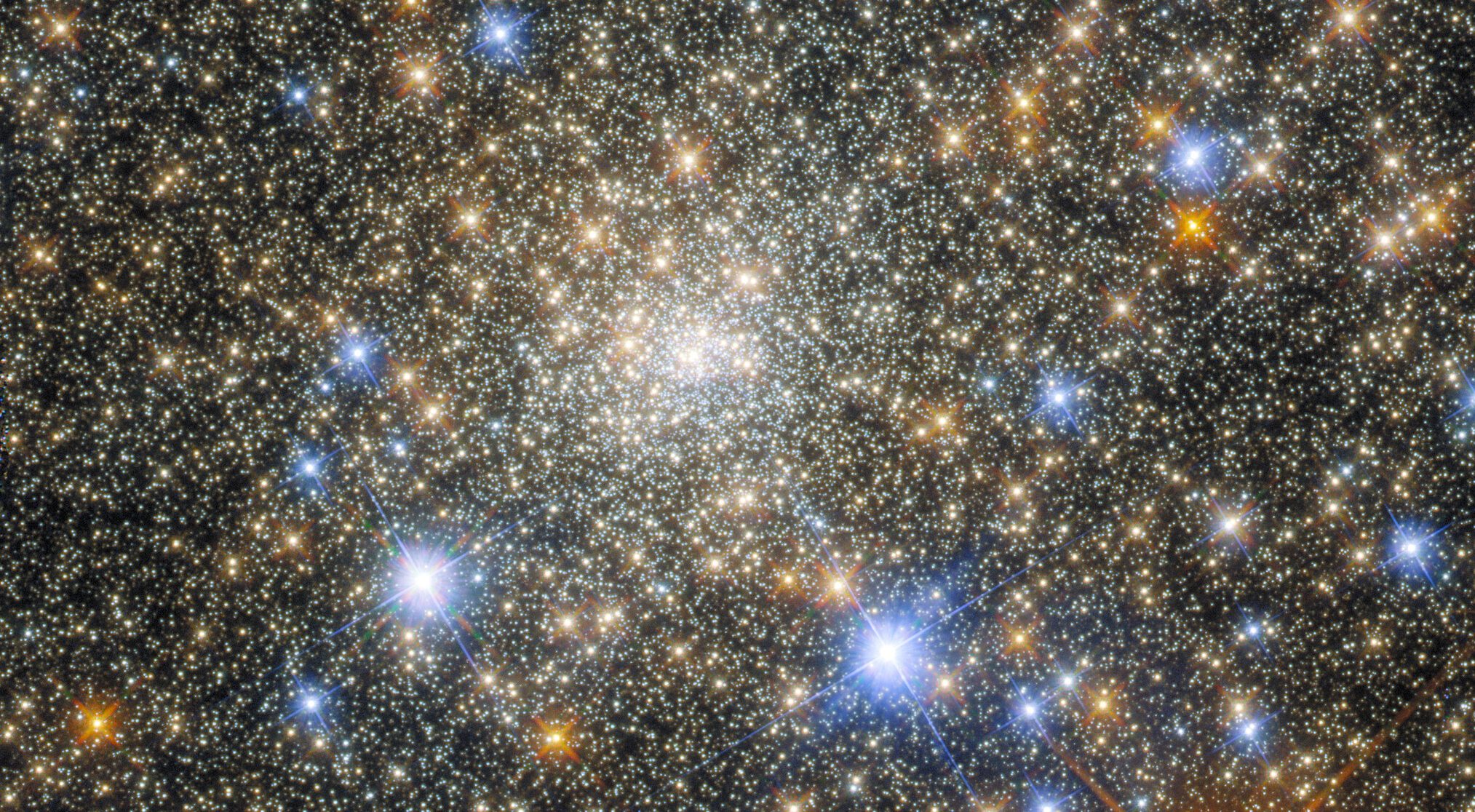 Nasa’s James Webb Space Telescope might have been dominating the spotlight last week but good old Hubble shows that it still has a few tricks up its sleeve.

On Friday, the space agency released an image of a globular cluster called Terzan 2. The picture was snapped by the Hubble Space Telescope and showed a blanket of thousands of stars.

The 30-year-old Hubble Space Telescope continues to peer out into the cosmos and remains one of the key instruments for examining cosmic objects in the visible light range.

According to Nasa, the globular cluster Terzan 2 is located in the constellation Scorpio.

Globular clusters are stable, tightly gravitationally bound clusters of tens of thousands to millions of stars found in a wide variety of galaxies.

‘As this image of Terzan 2 illustrates, the hearts of globular clusters are crowded with a multitude of glittering stars,’ said Nasa in a statement.

‘Hubble used both its Advanced Camera for Surveys and its Wide Field Camera 3 in this observation, taking advantage of the complementary capabilities of these instruments,’

Despite having only one primary mirror, Hubble’s design allows multiple instruments to inspect astronomical objects.

Light from distant astronomical objects enters Hubble where the telescope’s 8-foot primary mirror collects it. The primary directs that light to the secondary mirror that reflects the light into the depths of the telescope where smaller mirrors can direct the light into individual instruments.

While the James Webb telescope might have stolen Hubble’s thunder recently, the older telescope continues to deliver important insights into space.

In April, the Hubble Space Telescope spotted the largest icy comet ever seen by astronomers.

The telescope completed 30 years of operation in April 2020 and is predicted to retire around 2030–2040. For now, it shows no signs of stopping.