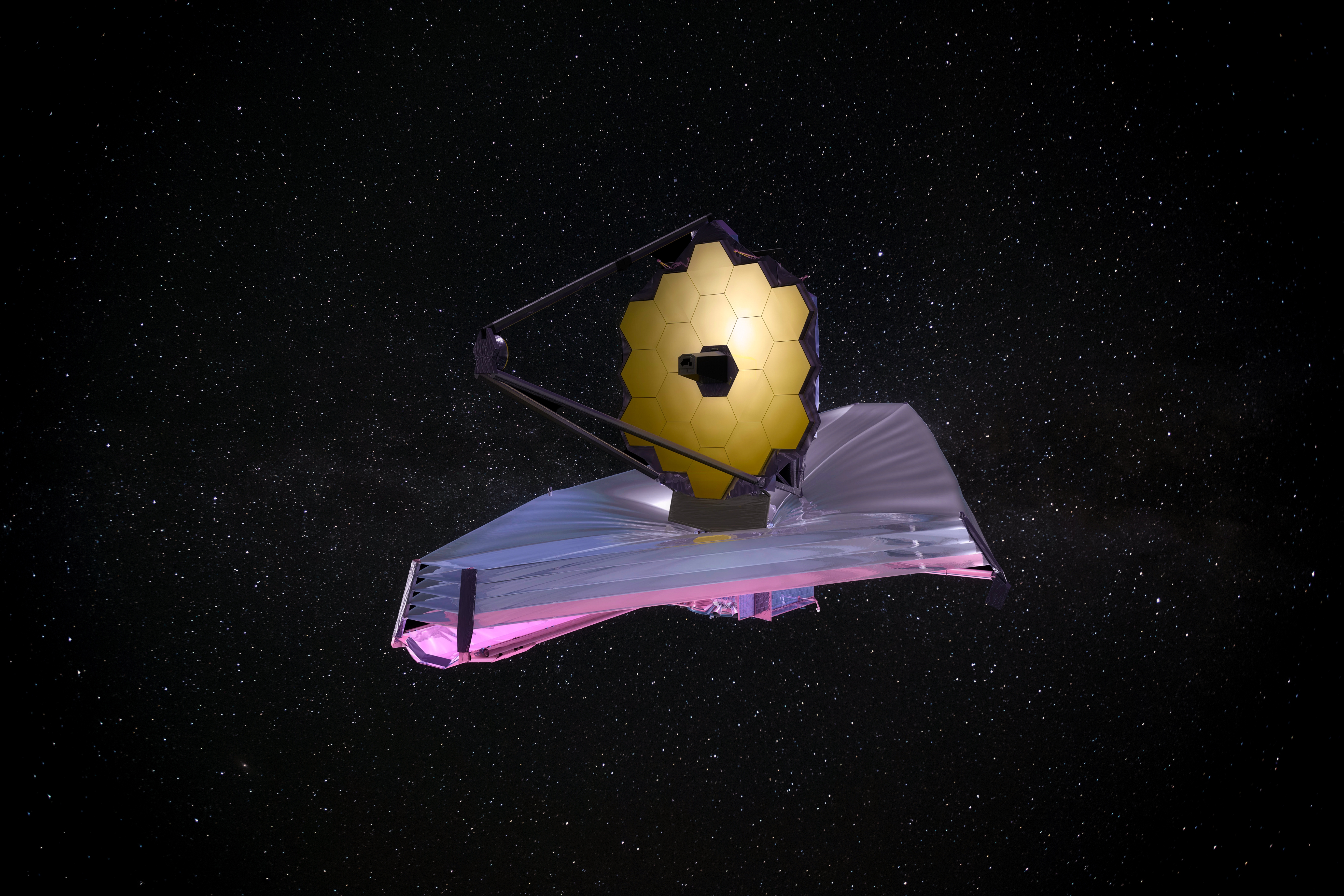 Nasa’s James Webb Space Telescope was recently pelted by a micrometeoroid, causing damage to one of its mirrors.

Between May 23 and 25, the £7.4 billion space telescope sustained an impact to one of its 18 primary mirror segments, said Nasa in a statement.

After initial assessments, the team found the telescope was still performing well with only a ‘marginally detectable effect in the data’.

‘Micrometeoroid strikes are an unavoidable aspect of operating any spacecraft, which routinely sustain many impacts over the course of long and productive science missions in space,’ said Nasa.

Similar impacts are expected to occur throughout the entirety of Webb’s lifetime in space and engineers have built the telescope with these factors in mind.

Webb’s mirror was engineered to withstand bombardment from the micrometeoroid environment at its orbit around Sun-Earth L2 of dust-sized particles flying at extreme velocities.

Even when the telescope was being built, engineers used a mixture of simulations and actual test impacts on mirror samples to get a clearer idea of how to fortify the observatory for operation in orbit.

The recent impact was larger than engineers anticipated and beyond what the team could have tested on the ground.

‘We always knew that Webb would have to weather the space environment, which includes harsh ultraviolet light and charged particles from the Sun, cosmic rays from exotic sources in the galaxy, and occasional strikes by micrometeoroids within our solar system,’ said Paul Geithner, technical deputy project manager at Nasa’s Goddard Space Flight Center.

‘We designed and built Webb with performance margin – optical, thermal, electrical, mechanical – to ensure it can perform its ambitious science mission even after many years in space,’

Webb also has the capability to sense and adjust its mirror positions to factor in impacts. By adjusting the position of the affected segment, engineers can cancel out a portion of the distortion, thereby minimising the effect of any impact.

To protect Webb in orbit, flight teams can also use protective manoeuvres that turn the optics away from known meteor showers before they are set to occur.

Since launching, the telescope has encountered four smaller micrometeoroid strikes. This most recent hit was not a result of a meteor shower and is currently considered an unavoidable chance event.

As a result of this impact, a specialised team of engineers has been formed to look at ways to mitigate the effects of further micrometeoroid hits of this scale.

Over time, the team will collect invaluable data and work with micrometeoroid prediction experts to be able to better predict how performance may change.

This recent impact caused no change to Webb’s operations schedule, as the team is preparing for the release of Webb’s first images on July 12.