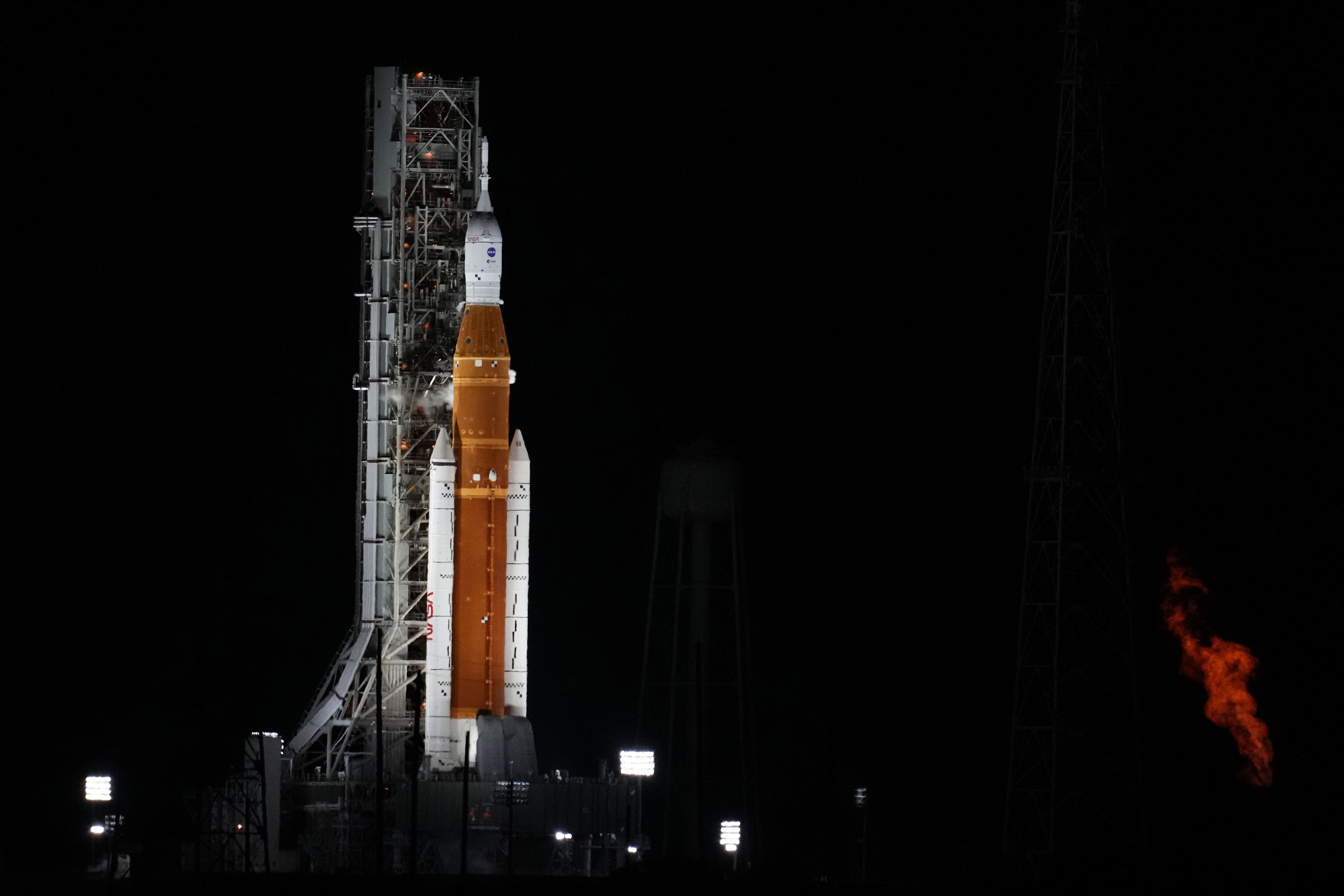 Following the cancellation of the Artemis rocket launch yesterday, Nasa officials are hopeful they can try again later this weekend.

The Artemis 1 test flight had been due to take off from the Kennedy Space Centre in Cape Canaveral but was called off by the launch director due to a temperature problem in one of the engines.

Following the postponed take-off, he told a Nasa press conference the team is ‘not ready to give up’ and the earliest possible time for the next attempt would be just before 1pm BST on Friday.

When asked how realistic it is to expect another attempt so soon, Mr Sarafin said: ‘Friday is definitely in play. We really need time to look at all the information and we’re going to play all nine innings here, we’re not ready to give up yet.’

US vice president Kamala Harris was among those at the space centre awaiting take-off on Monday.

Nasa administrator Bill Nelson told the press conference: ‘The vice president was here. She was pumped the entire time.

‘She is very bullish on our space programme and on this particular programme of going back to the Moon and going to Mars.’

The 322ft (98m) tall Space Launch System (SLS) rocket, which is the world’s most powerful rocket to date, is due to take the Orion capsule, powered by the Airbus-built European Service Module (ESM), into the Moon’s orbit.

On the postponed launch attempt, Mr Nelson said: ‘This is a brand-new rocket. It’s not going to fly until it’s ready.

‘There are millions of components of this rocket and its systems, and needless to say the complexity is daunting when you bring it all into the focus of a countdown.’

The flight, which will carry mannequins rather than astronauts, marks the next chapter in putting humans back on the Moon, and is the first in Nasa’s Artemis programme.

There will be people on board for subsequent missions, with the first crewed flight into space scheduled for 2024.

The UK is part of the Artemis programme, making contributions to the Lunar Gateway – a space station currently in development with the European Space Agency – working alongside the US, Europe, Canada and Japan.

UK Space Agency chief executive Paul Bate said that when the rocket does eventually launch ‘it is going to be wild’.

Writing on Twitter following Monday’s attempt, he said: ‘Not easy, this rocket science.

‘But that’s the point, right … we are pushing the boundaries of human knowledge and discovery.

‘And when we do launch, it is going to be wild.

‘Onwards to the Moon, Mars and beyond.’

Not easy, this rocket science. ð

But that’s the point, right … we are pushing the boundaries of human knowledge and discovery.

And when we do launch, it is going to be wild.

Humans last reached the Moon some 50 years ago, and the latest mission is about proving people can make longer and more sustainable trips there.

It will also assess whether some infrastructure can be built on and around the Moon, allowing humans to survive on another planetary body.

The mission duration is 42 days, three hours and 20 minutes, and in total it will travel 1.3 million miles.