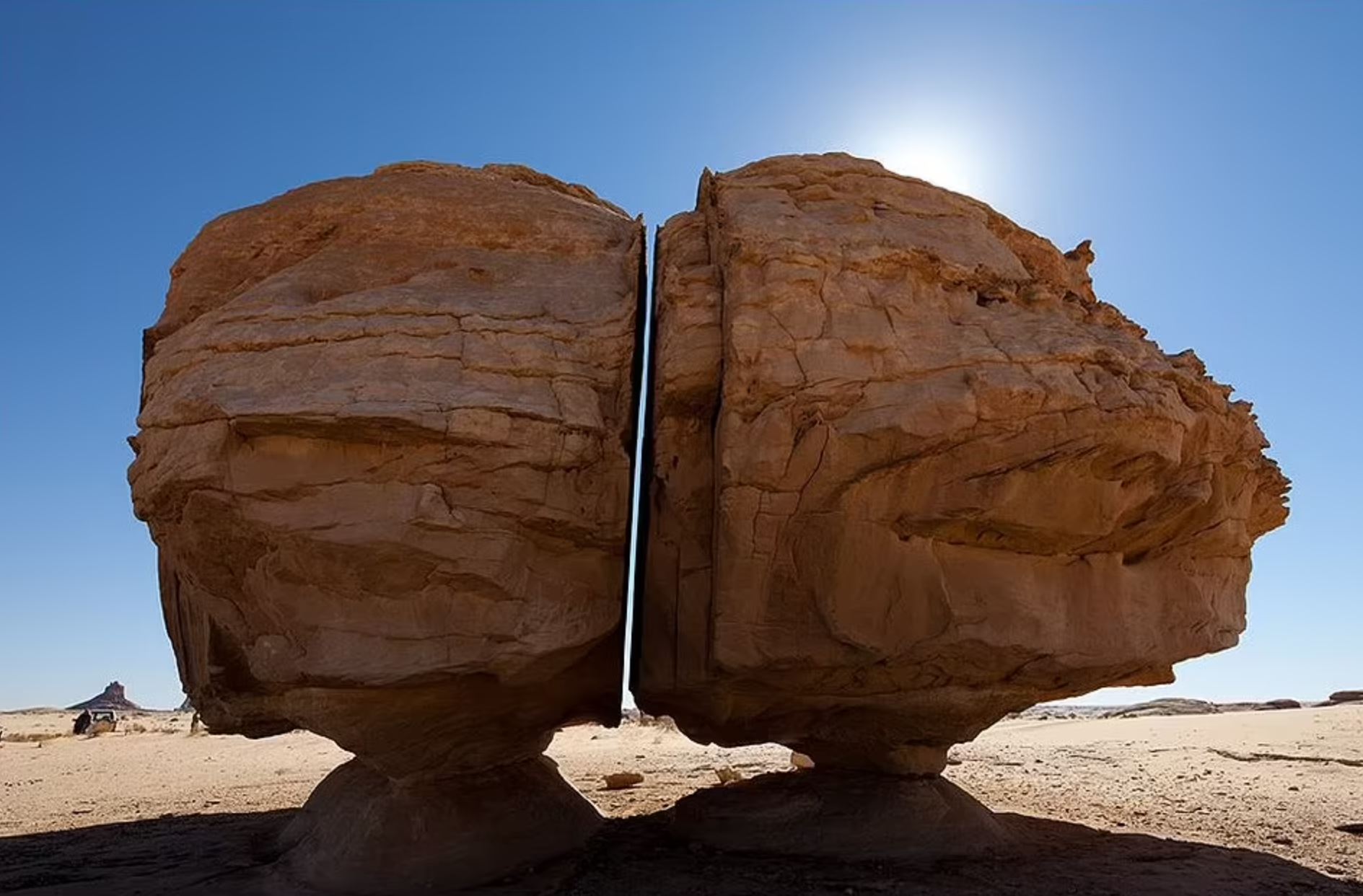 Take a look at the gap scything parts of this gigantic rock in two.

The mystery of how this came to pass is currently dividing the internet.

One geologist suggests the split could have been caused by ‘freeze thaw’ weathering, but not everyone agrees.

They say it’s so precise and so smooth it must be the result of aliens coming to Earth in the distant past and using a giant laser to cut it in two.

The huge boulder is made from sandstone and sits in Saudi Arabia’s arid Tayma oasis. Called the Al Naslaa rock formation it has become a popular photo opportunity.

The rock measures 30ft tall and 25ft wide and bears a carving showing what’s believed to be a man on a horse.

But the split down the middle is what everyone’s really interested in.

One user speculated that the divide was created when an alien messed ‘with a super laser pointer on some random planet their species found and accidentally cut a rock in half’.

Lewis is an honorary research fellow at the University of Bristol and explained: ‘It [the split] could have formed due to a process called “freeze-thaw” weathering, which occurs when water gets into a small crack in the rock. As temperatures drop, the water freezes and expands which causes the crack to widen and lengthen.

‘As the ice melts, water makes its way deeper and deeper into the crack.

‘The process repeats itself over thousands, or even millions, of years until the rock eventually splits. This process, coupled with wind erosion – which, in a desert environment, is like sandblasting – could also explain why the boulder is standing on its own like that.’

So, there you have it. Definitely not aliens.