Engineers have built a special robot to stop elderly people from being injured through a fall or a trip.

Known officially as a ‘Mobile Robot Balance Assistant’ and informally as MRBA or ‘Mr. Bah’, the device is essentially a motorised vehicle with a harness attached.

The robot follows an elderly person around while they go about their day wearing the harness on their hips.

It’s chock full of sensors and when it detects the motions associated with a fall it tightens the harness to keep the patient on their feet.

According to the World Health Organisation, falls are the second leading cause of death from accidental or unintentional injuries worldwide.

In Singapore, where Mr Bah was built, falls account for 40 per cent of injury-related deaths. 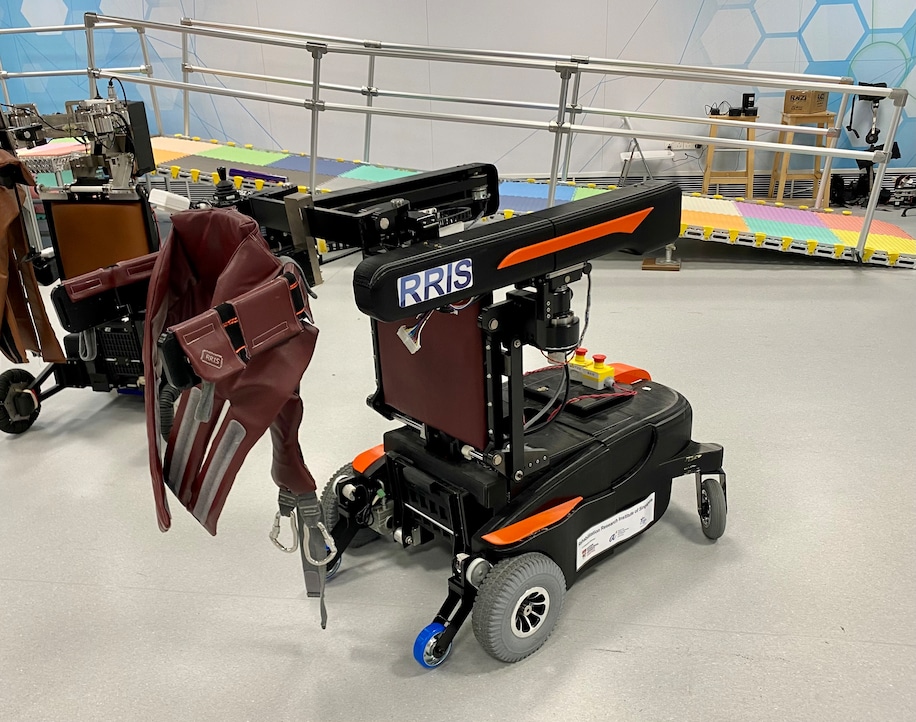 In clinical trials involving 29 participants, including patients who suffered from stroke, traumatic brain injuries, and spinal cord injuries, the researchers found Mr Bah helped them with sitting, standing, and walking, as well as assisting in tasks like fetching water.

No falls were recorded in the trials, which spanned three days per participant.

Associate Professor Ang Wei Tech, who supervised the project’s development, said: ‘MRBA could prove to be an invaluable resource for older adult users, and help promote independent living and aging.’

The research team says it hopes to expand the study and recruit 71 more participants from day rehabilitation centres to further build a use case for the robot to be used in home and community settings.