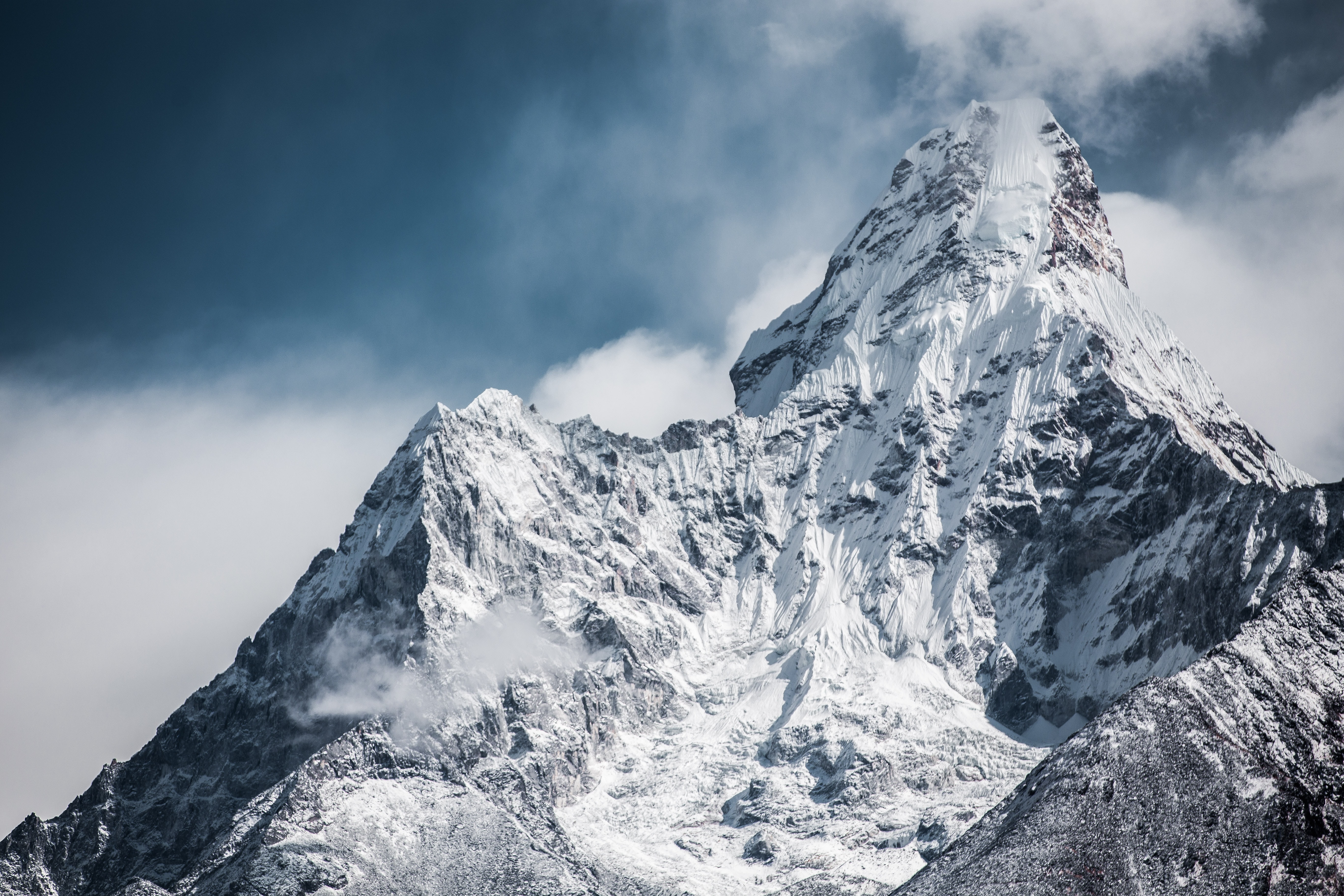 Glaciers on the world’s tallest mountain are melting ‘due to manmade climate change’, according to new research.

The discovery shows global warming has reached the ‘roof of the Earth’ – the highest region in the world – and Mount Everest’s glaciers are melting at a rate of around 80 times faster than they took to form.

Several decades of accumulation are being lost annually as ice that was previously protected by snow is being exposed.

‘Everest’s highest glacier has served as a sentinel for this delicate balance and has demonstrated that even the roof of the Earth is impacted by anthropogenic source warming,’ said Professor Paul Mayewski, the lead author of the study.

The research comes from the 2019 National Geographic and Rolex Perpetual Planet Everest Expedition, shedding fresh light on the impacts for life on Earth as temperatures rise.

The finding is based on an analysis of the highest ice core ever recovered — more than 26,300 feet up.

The study confirmed the highest glaciers on the planet were significantly impacted by manmade climate change since the late 1990s.

This increases the risk of avalanches – endangering the lives of roughly 800 climbers who attempt to scale Mount Everest each year.

Over a billion people in Asia depend on rivers fed by the glaciers for their drinking water, food and livelihoods.

At the rate at which the highest glaciers are vanishing, Mount Everest expeditions could be climbing over more exposed bedrock. This may make it more challenging as snow and ice cover continues to thin in the coming decades.

The findings at Mount Everest could indicate a trend in other high-mountain glacier systems, and the potential impacts as their mass declines.

There is ‘potential for loss throughout high mountain glacier systems as snow cover is depleted by changes in sublimation — passing from a solid to vapour state — and surface melt driven by climate trends,’ said Professor Mayewski.

The study points to the critical balance snow-covered surfaces provide, he explained.

His international team investigated the timing and cause of significant mass loss on the South Col Glacier, a sharp-edged mountain pass between Mount Everest and Lhotse. They are the highest and fourth-highest mountains in the world respectively.

The team combined data from a 33-foot long ice core and weather stations, photogrammetric and satellite imagery and other records.

Current thinning rates were estimated at more than six and a half feet of water a year now the glacier has turned from snow to ice. Its ability to reflect rays from the sun has been lost – resulting in rapid melting and increased sublimation.

Once the South Col Glacier ice was regularly exposed to the sun, about 180 feet of thinning is estimated to have occurred in a quarter-century. This is more than 80 times faster than the nearly 2,000 years it took to form the ice at the surface.

Computer simulations found the region’s extreme exposure to the sun’s rays would lead to a loss of surface mass by melting or vaporisation, accelerated by a factor of more than 20 if snow cover gives way to ice.

‘Climate predictions for the Himalaya suggest continued warming and continued glacier mass loss, and even the top of the Everest is impacted by anthropogenic source warming,’ said Mariusz Potocki, the study’s co-author.

At 29,032 feet, Mount Everest — located between Nepal and Tibet — is considered the tallest point on Earth.

The study was published in the Nature Portfolio Journal Climate and Atmospheric Science.