As always, one of the big themes at CES in Las Vegas this year was tracking literally everything. There’s a connected kitty litter box and water fountain that alert your vet if your cat pees too much, and a belt that tells you you’re getting fat after you have a big meal (as though mothers hadn’t already been invented).

Most of these innovations are weird, or privacy violations waiting to happen. But at the booths of Belkin companies Linksys and Phyn, I spotted some connected devices that manage to walk the fine line of being informative and helpful without being creepy. 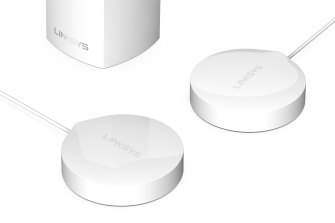 The Linkys Wellness Pods can monitor movement, from small actions like breathing to large ones like falling, nearby.

For people using certain models of Linksys' mesh Wi-Fi routers, the company already offers a subscription service called Linksys Aware which can detect motion in your home. It does this without creepy cameras, by sensing distrubances in your wireless networking. It’s kind of a low-budget, agnostic version of The Force.

At CES the company unveiled something called the ‘Wellness Pod’; an additional device that makes Aware much more sensitive and also more useful. If you place one on your bedside table it will be able to tell if you're awake or asleep based on your movement, and will be able to measure your breath, enabling sleep tracking or the ability to monitor aged or young loved ones.

It can also tell if you've fallen and haven't gotten up while nearby, so placing a pod in the bathroom or at the top and bottom of the stairs could catch most household falls. This could provide peace of mind and independence to people who might be concerned about that sort of thing, but who are understandably uncomfortable with the idea of their family or carer placing cameras in throughout their house.

Linksys also unveiled its Vehicle Presence Detection System (VPDS), which sounds like an overzealous alarm system until you remember the stories about sleep-deprived parents forgetting their quiet baby in the back of a hot car. The VPDS can do all the same tracking as the Wellness Pods, so it can send you an alert to remind you if someone is in the car after you turn off the ignition. Both products will be available in Australia in the second half of 2020. 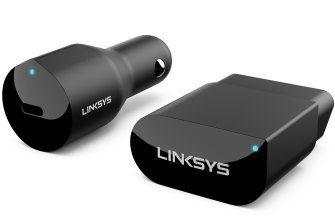 The VPDS brings movement monitoring to the car.

Phyn is another cool innovation; essentially a water safety switch with additional insights. Makers of smart home gadgets have been obsessed with letting you know how much electricity every device you own uses, but there isn’t really anything that granular for water. Now that we’re in the grips of a decade-long drought and country towns are running out of water, Phyn is pretty timely.

Phyn Plus is the flagship model, which goes for $US699 ($1011) and needs to be installed by a plumber near the mains. It can tell you how much water the toilets, taps, shower and washing machine in your house uses, thanks to the differences in water pressure, and lets you know if there are any leaks in the system. It can also automatically shut off the water if it senses a big leak, so anyone who’s come home to an exploded dishwasher or burst pipe will love it. 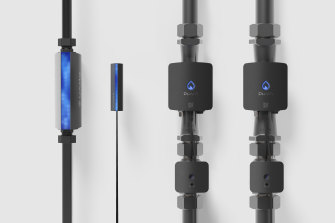 There are a range of Phyn gadgets to monitor your water usage.

The regular Phyn ($US299) is smaller and can be DIY installed in the US (but perhaps not under Australian regulations). It still tracks your water usage and lets you know if there are any leaks, but doesn’t have the safety shut-off.

Unfortunately there aren’t any solid Australian release plans for Phyn yet, but the company is in talks with various partners and is hoping to release it later this year.

The author travelled to Las Vegas as a guest of Lenovo.