An overwhelming majority of Australians want political advertising on Facebook and other platforms to be subject to tough new rules, with two thirds in favour of an outright ban on political advertisements on social media.

The findings follow a federal election in which online misinformation played a controversial role, with Labor hit by false claims – largely on Facebook – that it planned to introduce death taxes on inheritances or a "car tax" on utes. 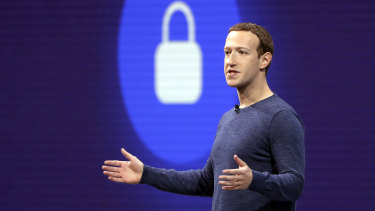 Most Australians wanted political advertising banned from platforms such as Mark Zuckerberg’s Facebook.Credit:AP

Almost three quarters of those surveyed by Essential Media for left-leaning think tank The Australia Institute said social media companies such as Facebook should be required to ensure the political ads carried on their websites are factual. Seven out of ten people said they should be forced to confirm the organisations behind the ads are registered locally rather than foreign.

Furthermore, two thirds said there should be a ban on social platforms micro-targeting ads to particular groups, while 60 per cent wanted political advertising banned from social media altogether.

There was majority support for all those restrictions across every age group and political persuasion (Coalition, Labor, Greens), according to the polling.

However, restrictions on advertising such as those polled in the survey would have limited scope for combating "fake news", which is not necessarily spread through paid advertising but by user-to-user exchanges.

According to Labor's election review, digital advertising constitutes about 10 per cent of the total advertising spend in Australian political campaigns, compared to 20-25 per cent in the United States.

Globally there has been a growing tide of resentment about so-called fake news and micro-targeted ads on Facebook and other platforms. At a summit on anti-Semitism in New York last week, actor and comedian Sacha Baron Cohen said a handful of tech companies were acting as "the greatest propaganda machine in history".

"If you pay them, Facebook will run any 'political' ad you want, even if it's a lie," he said.

"They'll even help you micro-target those lies to their users for maximum effect. Under this twisted logic, if Facebook were around in the 1930s, it would have allowed Hitler to post 30-second ads on his 'solution' to the 'Jewish problem'."

Last week, Google announced key changes to the way its global platforms handle political advertising, such as limiting audience targeting to age, gender, and postcode location. However, advertisers will still be able to target users based on what they're reading. 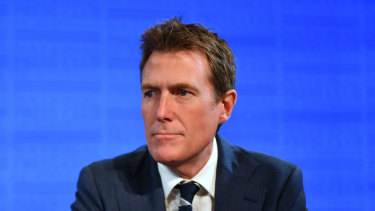 Attorney-General Christian Porter said Facebook and other social media giants should be regarded as publishers.Credit:AAP

The digital giant will also introduce a transparency regime for state-level political ads in the US, which has been rocked by fake news and allegations of foreign political interference.

Locally, federal Attorney-General Christian Porter used a major speech to signal a harder line against social media platforms such as Facebook and Twitter, saying they should be treated as publishers and held accountable to Australia’s defamation laws.

Jordan Guiao, associate fellow at the Australia Institute's new Centre for Responsible Technology, acknowledged laws against political advertising could not prevent the dissemination of "fake news", but said paid promotions were "a part of that world".

"Most people don't actually understand that they're being targeted in that way," he said.

Micro-targeting leads to the creation of so-called "dark ads" designed to be seen only by the intended recipients. They were invented by Facebook but are now used ubiquitously.

"Dark ads are not public and cannot be seen by any followers or friends unless they are part of the target group," says Mr Guiao's report Distorting the Public Square.

"There is little oversight and accountability over the specific messages contained in the ad."

During this year's election campaign, Toyota distanced itself from a paid Liberal Party ad on Facebook declaring Labor would "tax your ute", "tax your Holden" and "tax your Hilux".

In the 2016 election, Labor was also accused of misleading voters in promotions claiming the Coalition wanted to privatise Medicare.