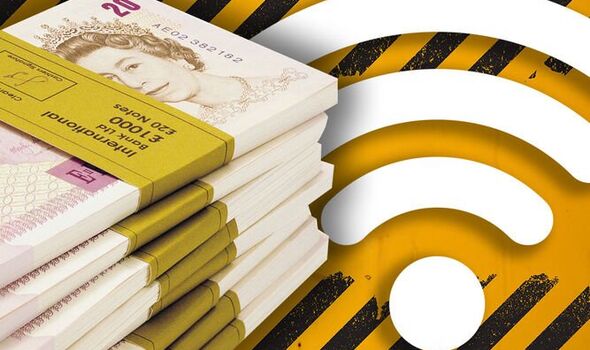 If you’re struggling to pay your broadband bill then you need to act now as you may find you’re one of millions who are currently missing out on much cheaper tariffs. All of the big Internet Service Provider (ISPs) including BT, Sky and Virgin Media have special bundles that are aimed at helping those who are financially vulnerable but it appears millions are either unaware of these cut-priced social tariffs or haven’t yet signed up.

Back in February 2022, Ofcom warned that only 55,000 out of an estimated 4.2 million eligible households signed up for a social tariff and those that haven’t yet joined could be losing out.

That’s according to the consumer experts at Which? who say their recent research found that those customers who are eligible could save an average of £250.32 per year by switching from their current deal.

For example, the average Virgin Media customer moving to the firm’s Essential Broadband would save £321.60 and BT customers could save £284.52.

Here are some of the prices for social tariffs

Along with cheaper prices, another benefit of these deals is that most don’t require users to sign up for a lengthy contract and some even let customers leave early without paying a penalty.

Which? is now calling on all of the big broadband firms to do more to get customers switched over to these cheaper plans.

The consumer champions say that many of the UK’s Internet Service Providers are not advertising the deals on social media and they also aren’t mentioning the lower prices when customers try to sign up for a new deal.

Speaking about the issue, Rocio Concha, Which? Director of Policy and Advocacy, said: “It is unacceptable that broadband providers aren’t doing more to make customers aware of social tariffs – meaning millions of households who may be struggling to make ends meet could be missing out on hundreds of pounds of savings.

“During a cost of living crisis, broadband providers must support the most financially vulnerable by clearly promoting discounted deals and making it easy for eligible customers to switch over to social tariffs.”

If you receive any benefits, such as universal credit, then it’s worth checking with your ISP to see if any cheaper deals are available as it could save some serious money off your bill.