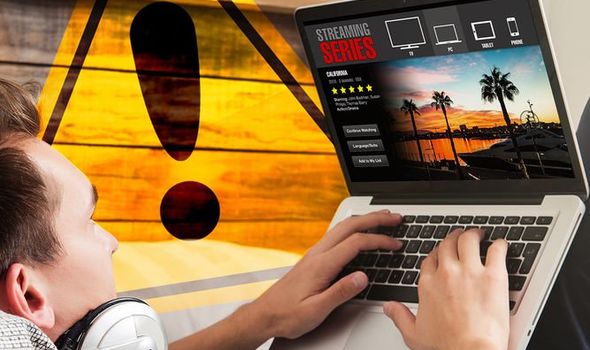 Millions of film fans hoping to settle down for a night of free entertainment are set to be sorely disappointed. That’s because one of the world’s most popular movie streaming sites has just been shut down for good. 123movies.la has been in operation since 2017 and in just four years has become a huge success with around 30 million people heading to the site each and every month.

That’s hardly a surprise considering that the platform was offering numerous blockbuster movies without anyone needing to sign up for a premium and expensive subscription plan. It even featured an easy way to filter films by genre, actor and box office collection.

With such a huge user base, this free way to stream Hollywood films hasn’t gone unnoticed with The Alliance For Creativity and Entertainment (ACE) finally managing to track the owners and down and close the website.

ACE is backed by some of the world’s biggest film studios and media companies which include, Amazon, Fox, Netflix, MGM, HBO, Sky, Paramount and Disney.

ACE says that further to cease-and-desist communication and a settlement with the operator, the popular streaming website has shut down and the domain has been transferred to ACE.

That means those trying to access the catalogue of content will now see an ACE logo followed by a countdown clock that redirects them to its own portal.

“It is a testament to the relentless work of our global ACE team that we were able to shut down 123movies.la, one of the largest piracy operations in the world,” said Jan van Voorn, Executive Vice President and Chief of Global Content Protection for the Motion Picture Association. “This action encapsulates ACE’s mission and is a strong example of how we fight to protect the creative marketplace in every corner of the globe.”

ACE has put this block on 123movies.la as it continues to fight back against online piracy.

“The theft of online content is the single greatest threat to the global audiovisual community, harming both local and foreign films and businesses, threatening jobs, undermining investment, reducing tax contributions to governments, and stifling creativity,” the firm said in a post on its site.

“ACE will continue its efforts around the world to protect the rights of its members.”

This latest block comes as a number of UK Internet Service Providers were recently forced to ban a number of websites in the UK.

ISPs such as Virgin Media and Sky are now stopping customers from accessing platforms including www9.0123movies.com, w5.123movie.cc., 123moviesfun.is and wvw1.123movies.net.

Sky and Virgin Media are acting on a new ruling from the High Court which has asked Internet Service Providers to block users from visiting some sites.

The request came from the Motion Picture Association (MPA) who are trying to stop premium content from being viewed for free. The MPA represents five of the biggest Hollywood studios, Disney, Paramount Pictures, Universal, Sony Pictures, Warner Bros, as well as Netflix.