Windows 10 now powers more than a billion devices worldwide – from traditional expansive desktop PC set-ups with multiple monitors and a mouse, to lightweight touchscreen gadgets like the Surface Go 2 – enabling them to work, study, or play the latest bloodthirsty first-person shooter. But there are some common complaints about Windows 10 that Microsoft wants to fix.

Microsoft has had a pretty patchy run when it comes to Windows 10 updates lately. The company has launched numerous updates with disastrous consequences – from breaking printers, to deleting files, deleting emails, causing havoc with Wi-Fi connections and more. On top of that, a number of promised features have been delayed, leaving updates feeling scarce of new functionality.

Thankfully, Microsoft seems to be aware that things haven’t been great and has announced a major shake-up internally to try to get things back on track. The man tasked with doing just that is Panos Panay.

If that name sounds familiar, it’s likely because Panos leads the teams behind the Surface line of hardware, including the Surface Earbuds, Surface Pro, Surface Laptop and Surface Studio. According to an internal memo sent by Panos, which was obtained by renown Microsoft tipster Paul Thurott, the new structure is designed to clean-up Windows 10 and ensure it ships promptly. 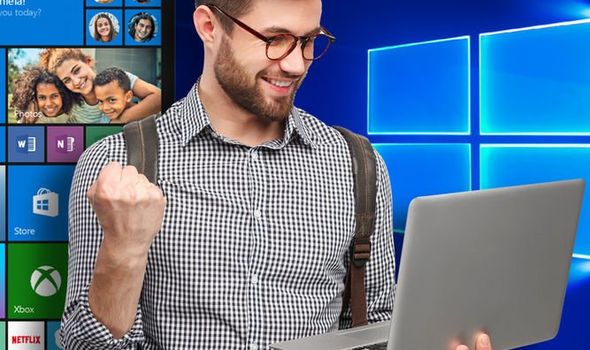 The reshuffle should ensure more consistency and focus on the partnership between the teams working on the operating system and those building the hardware that Microsoft believes it best suited for its software – like the upcoming Surface Neo which has two screens and was created to showcase a redesigned version of Windows reconfigured to work with two touchscreens.

“Windows is a partnership,” says Panos Panay in the leaked memo. “Innovation and success are only possible through close collaboration with other teams across Microsoft.”

In the memo, three objectives are highlighted for the future:

•Deliver iconic experiences across Microsoft, lighting up both modern work and life.

• Grow the business of Windows and Surface, delivering the best of Microsoft and creating end-user pull.

• Lead the industry through innovation and technology, enabling our ecosystem of partners to thrive.

Given the stunning designs found on some of Microsoft’s hardware, it’ll be interesting to see how the devices and the operating system change to better fit alongside one another. Even those without Surface-branded laptops and desktops will benefit from a more consistent, cleaner design across the vastly-popular operating system.

If nothing else, it’s reassuring that Windows 10 will enjoy a renewed focus inside Microsoft. That could mean innovative new features, streamlined design and more reliable updates (with hopefully less broken Wi-Fi connections). As PC sales surge in the wake of the coronavirus crisis and millions of us rely on our computers to work, study and organise remote pub quizzes with friends and family, Windows 10 needs to keep up.