Microsoft landed a major blow in its decades-long battle with its video game industry rival Sony on Monday (US time), announcing the $US7.5 billion ($10.4 billion) acquisition of a video game company that narrowed the gap between the two tech giants' offerings.

By buying game maker ZeniMax Media, the parent company of gaming studios like Bethesda, Microsoft gained control of major gaming franchises like The Elder Scrolls, Fallout, Doom, Quake and Wolfenstein. The deal allows Microsoft to counter criticism that it lags behind Sony in the quality of its games while deepening its game catalogue seven weeks before both Microsoft and Sony release a new generation of gaming consoles. 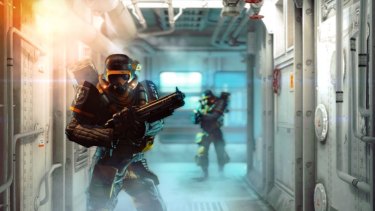 Microsoft gained control of major gaming titles like Wolfenstein weeks before the release of the new Xbox.

Gamers have long complained that Microsoft's Xbox consoles lacked the type of exclusive, high-quality games that Sony promotes as a major selling point for its PlayStation consoles. For years, Sony owned more games studios than Microsoft. But last year, Microsoft passed Sony, owning 15 studios to Sony's 14. The deal announced increases Microsoft's lead to 23 game studios, and gives it control over some of the world's most popular franchises. Sony declined to comment on Microsoft's purchase.

Microsoft did not say how many of its newly acquired games would be exclusive to the Xbox, but pointed to the remarks of Phil Spencer, the company's executive vice president of gaming, who said in an interview with Bloomberg that games would be available to other consoles on a "case-by-case basis."

Analysts and gamers praised the deal and said it demonstrated the company's commitment to improving its game options for Xbox users.

The acquisition was a "major coup" for Microsoft, said Piers Harding-Rolls, a research director at Ampere Analysis, an analytics firm in London. "This deal catapults Microsoft's games portfolio into a much stronger position," he said.

The video game industry is exploding in popularity, helped in large part by the coronavirus pandemic, which has forced much of the world to remain indoors and find online entertainment. About 2.7 billion people are projected to play a game this year, according to the gaming market researcher Newzoo, and gamers worldwide are expected to spend nearly $US160 billion in 2020.

The deal represents a shift in focus for Microsoft, which is mainly a business technology company, with most of its revenue coming from productivity and communications software, and cloud computing services sold over the internet. But its online gaming business and Xbox sales are growing rapidly. In the quarter that ended in June, Microsoft's gaming revenue jumped by 64 per cent, to $US1.3 billion from the year-ago quarter.

The company has avoided the intense antitrust scrutiny that other big tech companies like Apple and Amazon have faced. It recently lost out in the corporate scramble for TikTok, the popular social media app, but might have found a better use for its money by sticking to gaming, some analysts said.

"This really does align much more with what they're doing," said Rod Breslau, a former ESPN reporter who now covers esports and video games as a consultant. "If you try to compare how the TikTok deal ended up with Oracle with how Microsoft ended up here, this is way better of an approach." 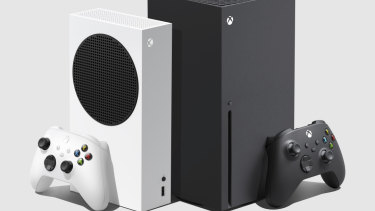 The deal is a major coup for Microsoft ahead of the release of the Xbox Series S and the Series X.

Now, Breslau said, the onus is on Sony to respond. Two new games now owned by Microsoft, Deathloop and Ghostwire: Tokyo, were supposed to be released initially as exclusives on Sony's upcoming PlayStation 5. Spencer told Bloomberg that Xbox would still honour that deal, but the issue shows how deeply Microsoft has cut into the slate of games Sony values.

"This really is going to put some pressure on Sony," Breslau said. "Pay up, get your money out, get your wallet out, start spending billions of dollars."