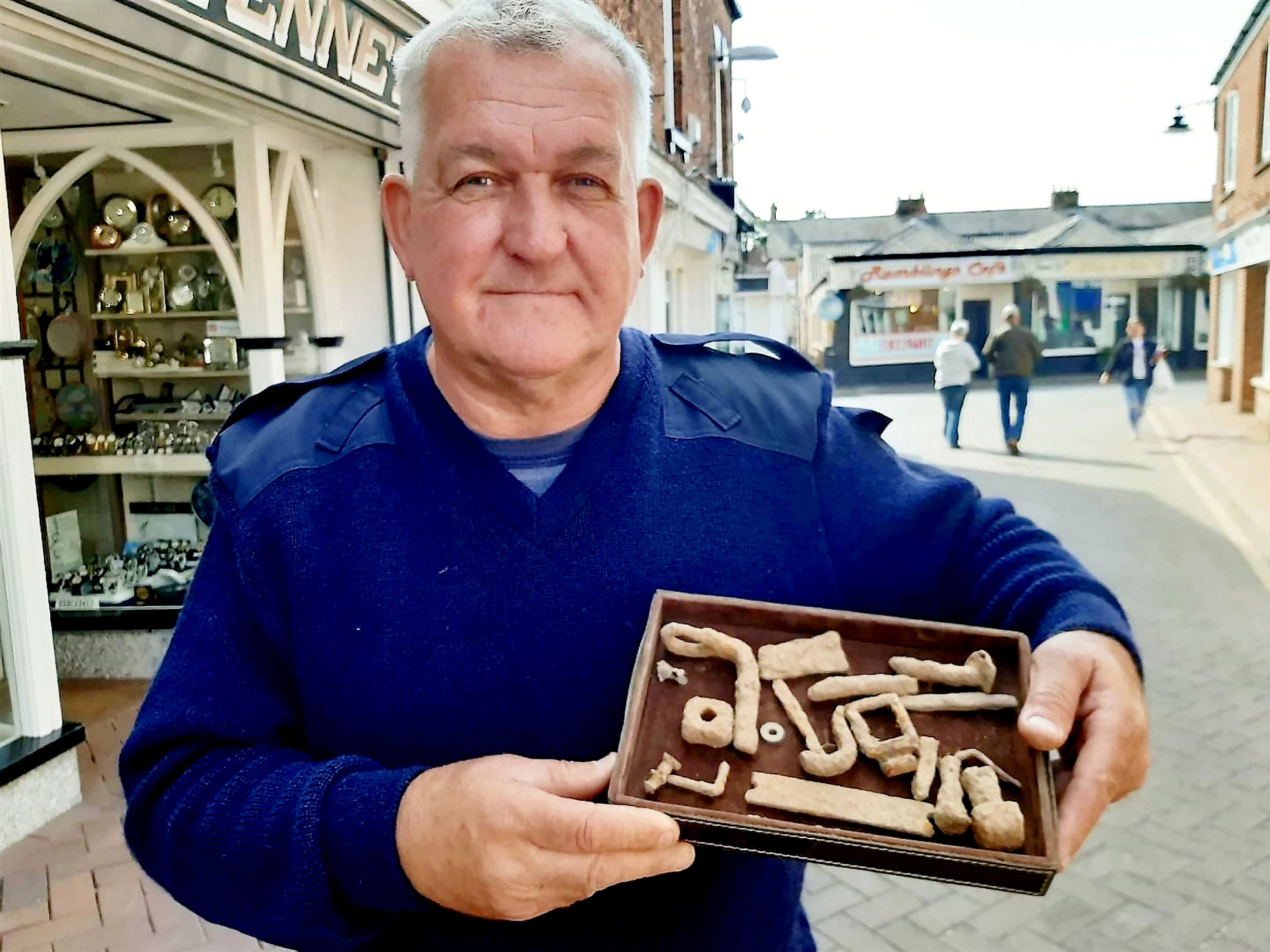 A metal detectorist has began excavating a farm field where he believes he has found the 800-year-old long lost treasure of King John.

Raymond Kosschuk, 63, has been waiting for two years to get approval from the relevant authorities to begin digging at the site in Sutton Bridge, Lincolnshire.

The mechanical engineer says he is ‘100 per cent certain’ medieval artefacts uncovered in 2020 at the undisclosed location belonged to the former King of England.

King John, who signed the Magna Carta a year before his death in 1216, lost the treasure during an ill fated crossing of The Wash – an estuary that divides Lincolnshire and Norfolk on October 12, 1216.

Dying only a week later at Newark Castle in Nottinghamshire, from dysentery – or according to some historians by drinking poisoned ale – the hoard has been undiscovered ever since.

Raymond is convinced he has struck gold after his equipment picked up ‘overwhelming evidence’ of the controversial monarch’s lost treasure.

Raymond and the farmer have now began digging out their findings and will submit them to archeologists and Lincolnshire’s Finds Officer.

He said: ‘With many ups and downs, the time has finally arrived for what looks and tested to be the prized lost possessions of King John to be excavated from its deep grave of 15 feet below the ground.

‘It will be finally recovered finally this year before the 810th anniversary of its being lost.

‘Nearly two years on from finding the site, and many weeks of testing, and finding other carts of interest but only one proved positive for multiple high value targets.

‘There is a strong indication that the Royal Regalia is present, along with King John’s 55 rings and many items which have not been seen since, October 1216.

‘All the legal authorities have been contacted as respect to the legal requirements under the 1996 Treasures act, guidelines protocol which are required are being followed.

‘I am excited to be digging.’

Raymond first discovered the site in 2020 after equipment he had invented began to pick up anomalies in the readings of magnetic fields.

So far he has recovered a wealth of artefacts during a quick sweep with a metal detector including hammered blots, nails, an eyelet and even a metal buckle.

Coastal geologists have looked at the core samples taken from the site.

He added: ‘The geologist has confirmed that the ground is consistent with quick sand and they would have gone down quickly.’

He believes that King John had set off from King’s Lynn without a guide and the baggage train, made-up of 2,000 people and more than a mile long, was then caught up in a thick fog.

Raymond, of Keighley in West Yorkshire, said previously: ‘In the 13th century they did not have compasses.

‘If the sun was blocked out because of the fog, they would have meandered off.

‘I am 100 per cent certain that this it. This is the real thing. When I gained access, I isolated an area of high value targets and it tested positive for elements of gold, silver, emeralds, sapphires and rubies.

‘The biggest attraction of this area I detected an is accumulation of silver.

‘This tells me there is between 60lb-120lb of silver but it could be more. I believe this was the cash box that King John was carrying.

‘It is sitting out there and if it was so easy to find it would have been found. This has been hidden for 800 years.’