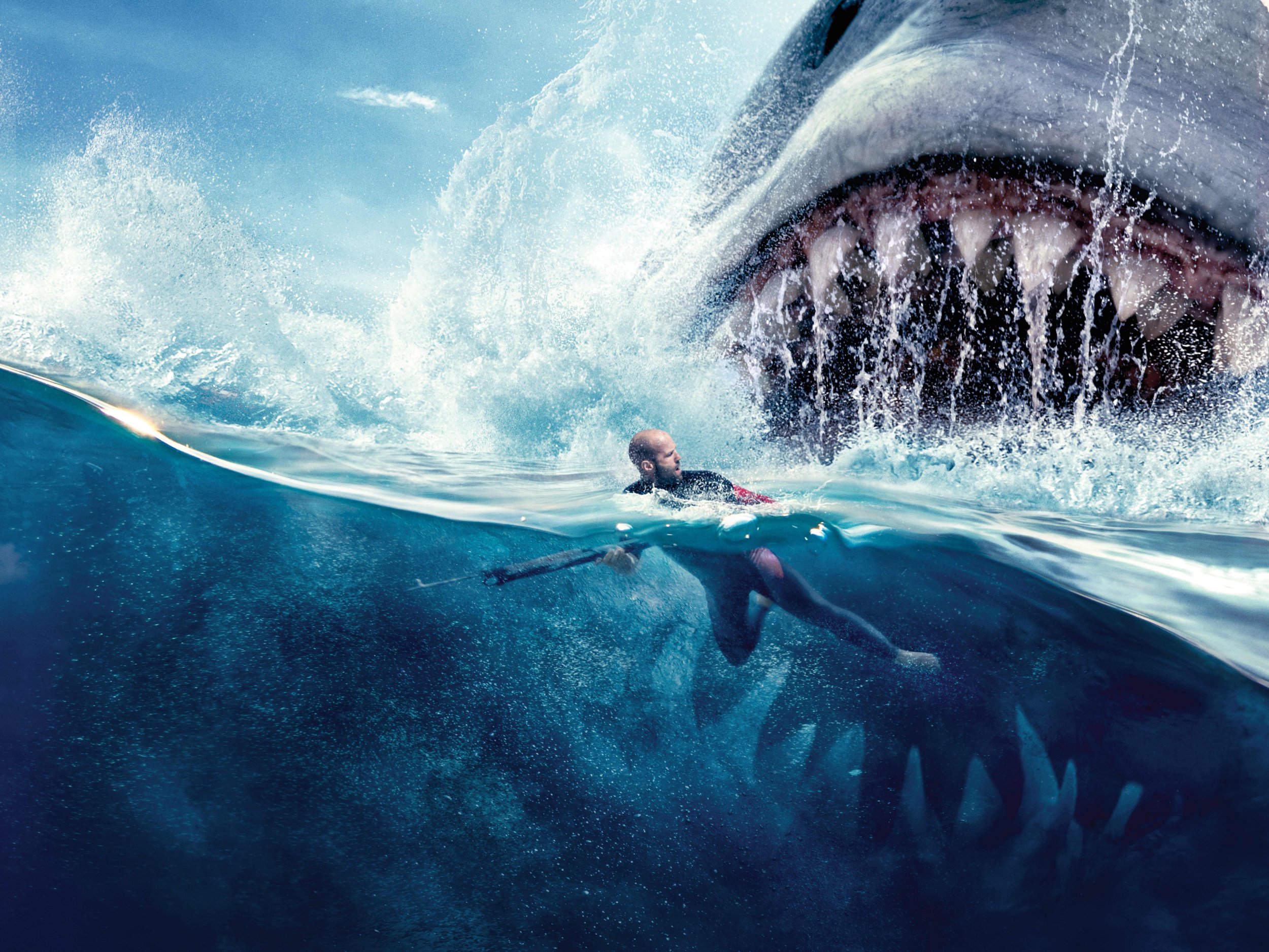 Analysis of the bite marks on the fossilised flipper bone of a baleen whale show the hallmarks of a ferocious shark attack.

But not just any shark. Experts believe it could be the work of a Megalodon – the largest shark to have ever existed.

A research team at the Calvert Marine Museum in Maryland in the US has been studying the 11-inch fossilised flipper bone found in a nearby creek by a local fossil collector.

The damage done to the bone suggests the attacker repeatedly sunk its massive teeth in and thrashed its head back and forth to tear off each bite.

The baleen whale was probably already dead and floating on the surface of the sea when the Megalodon scavenged it, the researchers said.

This bone is very unusual because it preserves so much evidence of head-thrashing behaviour of an extinct shark feeding on an extinct whale’, Calvert Marine Museum’s curator of palaeontology and paper author Stephen Godfrey said in a press release.

Multiple gouge marks were found on both sides of the whale’s flipper bone, indicating the shark took at least three bites of the large marine mammal.

The Megalodon, which died out around three million years ago, was a type of mackerel shark that could grow up to 65 feet in length.

At birth, a baby Megalodon would be bigger than a grown adult human.

So you can imagine the kind of damage their teeth could do.

Identifying the exact type of shark that savaged the whale’s carcass is hard, but the team believe it could have been a young Meg still learning the ropes.

‘The shark would have clenched down on the flipper firmly and then shaken its head vigorously in an attempt to cut through the bone (unsuccessfully) or to simply remove flesh. After it had removed some, it re-bit the flipper to remove more.’

Based on the flipper bone’s flattened and curved shape, the team at the museum believe it belonged to a filter-feeding baleen whale called Diorocetus hiatus. The long-extinct species was known to have lived in the area.

‘When a whale dies, it inverts and floats at the surface of the water due to the build-up of abdominal gases from decomposition,’ Dr Godfrey told Live Science.

Alongside the Megalodon theory, the team say there could have been several other types of sharks that would have pounced on the floating meal. Sadly, the bite marks on the flipper don’t indicate whether the attacker had serrated teeth, which would make identification easier.

The team’s research has been published in the journal Carnets Geol.