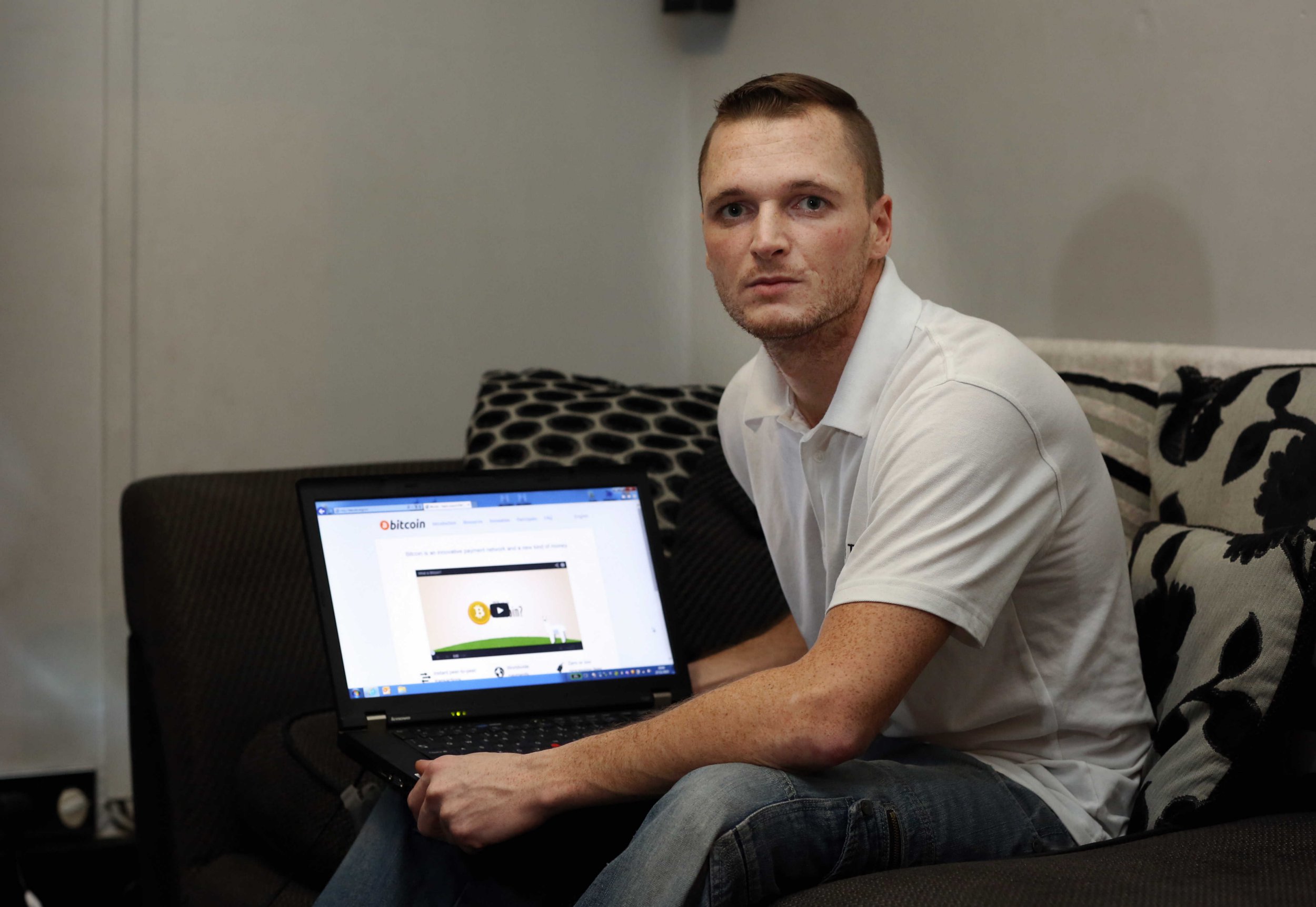 A computer engineer has recruited Nasa experts to help him retrieve more than £330 million in Bitcoin.

The fortune of digital currency exists on a lost hard drive dumped in a rubbish tip.

James Howells, 36, accidentally dumped the hard drive when he threw out equipment during an office spring clean in 2013.

It is now sitting somewhere in a council rubbish tip in Newport, South Wales – and the value of Bitcoin has rocketed in the intervening years.

James is being refused permission to search for the old computer parts – despite offering a quarter of any fortune recovered to the hard-up council.

He has contacted engineers, environmentalists and data recovery experts from around the world in his bid to carry out the search.

He said: ‘I have put together a full consortium of experts in the field to refute all of the claims that the council has said it has concerns over.

‘I’ve spoken to data recovery experts who have worked with Nasa on the Columbia space shuttle disaster.

‘They were able to recover from a shuttle that exploded and they don’t seem to think that being at a landfill will be a problem.’

He says the value of Bitcoin at the dump in Newport is now worth around $450 million – but fears it could be worth a billion before officials act.

He said: ‘The current valuation is $454million but around a week ago it was at its peak of $556million.

‘It could be the case that the hard drive is worth a billion dollars and failing to act on it will be incompetence on behalf of the council. It’s not a problem that’s going to go away.’

‘The council say they worry about who will meet the cost if it’s not recoverable but all of that would be part of a signed contract.

‘I’m asking them for a three month feasibility study so we could sit down outline our plans and they could put forward their concerns and we can answer them, but they won’t give me that.’

James had previously explained that the search was expected to take 9-12 months and would be aided by specially employed AI technology.

James says his plan has been backed by hedge funds who are willing to stump up for the cost of the search as well as the equipment involved in exchange for the lion’s share of his fortune.

But he says council chiefs in Newport, Gwent, won’t entertain the idea or allow him to meet with officials to outline his plans.

James, of Newport, says he has studied aerial photographs of the site and believes the hard drive is in a 200metre squared area and could be 15metres deep.

Bitcoin basics: what you need to know about the cryptocurrency

It works without a central bank or any formal regulation and is usually exchanged from person-to-person when it is sold or exchanged.

Way back in 2008, someone called Satoshi Nakamoto published a nine-page white paper detailing a vision for Bitcoin — described as a ‘peer-to-peer electronic cash system’ that would function outside the reach of governments.

A few months later, Nakamoto released software that allowed users to ‘mine’ for the cryptocurrency.

There are only a finite amount of Bitcoins that can ever be produced and circulated which gives it its scarcity and, in theory, value.

The value of the cryptocurrency fluctuates all the time in a similar way to more conventional currencies.

Newport City Council previously said James had made repeated requests for help – but it was unable to assist him.

A spokeswoman said: ‘Newport City Council has been contacted a number of times since 2014 about the possibility of retrieving a piece of IT hardware said to contain Bitcoins.

‘The first time was several months after Mr Howells first realised the hardware was missing.

‘The cost of digging up the landfill, storing and treating the waste could run into millions of pounds – without any guarantee of either finding it or it still being in working order.

‘The council has also told Mr Howells on a number of occasions that excavation is not possible under our licencing permit and excavation itself would have a huge environmental impact on the surrounding area.

‘Even if we were able to agree to his request, there is the question of who would meet the cost if the hard drive was not found or was damaged to such an extent that the data could not be recovered.

‘We have, therefore, been clear that we cannot assist him in this matter.’

WORKERS may have to stay in their jobs until they are 70 by 2040 thanks to Britain's OAPs living even longer, a gloomy think tank…