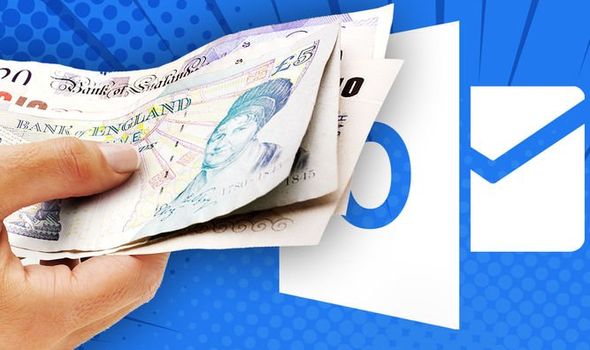 Anyone with a hotmail.com or hotmail.co.uk email address was automatically switched to Microsoft Outlook back in 2013. Since then, it’s been impossible to set-up a new Hotmail email address – with everyone pushed to the new Outlook branding instead. However, despite the change taking place almost a decade ago, a number of users have suddenly reported receiving messages from Microsoft warning that their ageing Hotmail inboxes are over their storage limit.

Worse still, for those who want to keep their message history intact, the only option is to pay a subscription fee to upgrade their Outlook inbox to add extra online storage capacity.

Since the reshuffle of Microsoft’s email offering, it has imposed a 15GB storage limit on free Outlook accounts. Anyone who wants more space on its servers will need to pay £59.99 a year subscription to upgrade to Microsoft’s Office 365 service. Of course, Office 365 isn’t just about storage – it also lets you use some of the most popular Microsoft Office applications online and on your smartphone, iPad, and PC.

However, the latest warning message is causing outrage with Hotmail users as they’ve seemingly never been alerted to this limit until now – with many allowed to go well over the 15GB limit for years without repercussion. It’s unclear why these users were missed in the initial switch to Outlook, or whether this is part of a new push by Microsoft to move loyal users to Office 365 after turning a blind eye for some time. 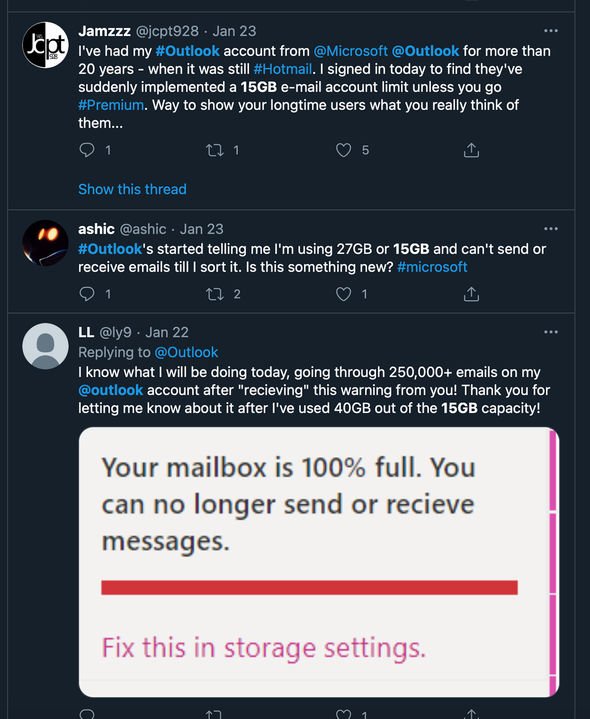 Some users are even being told that they now can’t send or receive any new messages until they delete older emails or pay the premium.

Social media platforms, such as Twitter, are full of people who have suddenly received the alert with many baffled by how they’ve been allowed to go over the limit in the first place and why the rules appear to have suddenly changed. Speaking on social media, one Outlook user said: “I know what I will be doing today, going through 250,000+ emails on my @outlook account after “receiving” this warning from you! Thank you for letting me know about it after I’ve used 40GB out of the 15GB capacity!”

Another user added: “#Outlook’s started telling me I’m using 27GB or 15GB and can’t send or receive emails till I sort it. Is this something new? #microsoft”

And one Outlook fan vented: “I’ve had my #Outlook account from @Microsoft @Outlook for more than 20 years – when it was still #Hotmail. I signed in today to find they’ve suddenly implemented a 15GB e-mail account limit unless you go #Premium. Way to show your longtime users what you really think of them…”

It’s unclear exactly why these users are being told they are over their limit despite many having had no such warnings in the past. Express.co.uk has contacted Microsoft to find out why the alerts have suddenly appeared and will update this story when we hear back.

Those who don’t want to delete swathes of messages may find the only option is to sign up to 365. Along with getting access to apps including Word, Excel and Powerpoint, 365 also gives users a 50GB limit on their email storage.

There’s also advanced email security, an ad-free interface, message encryption and removal of dangerous attachments. Microsoft 365 costs £59.99 for a personal plan or £79.99 per year for the family option.