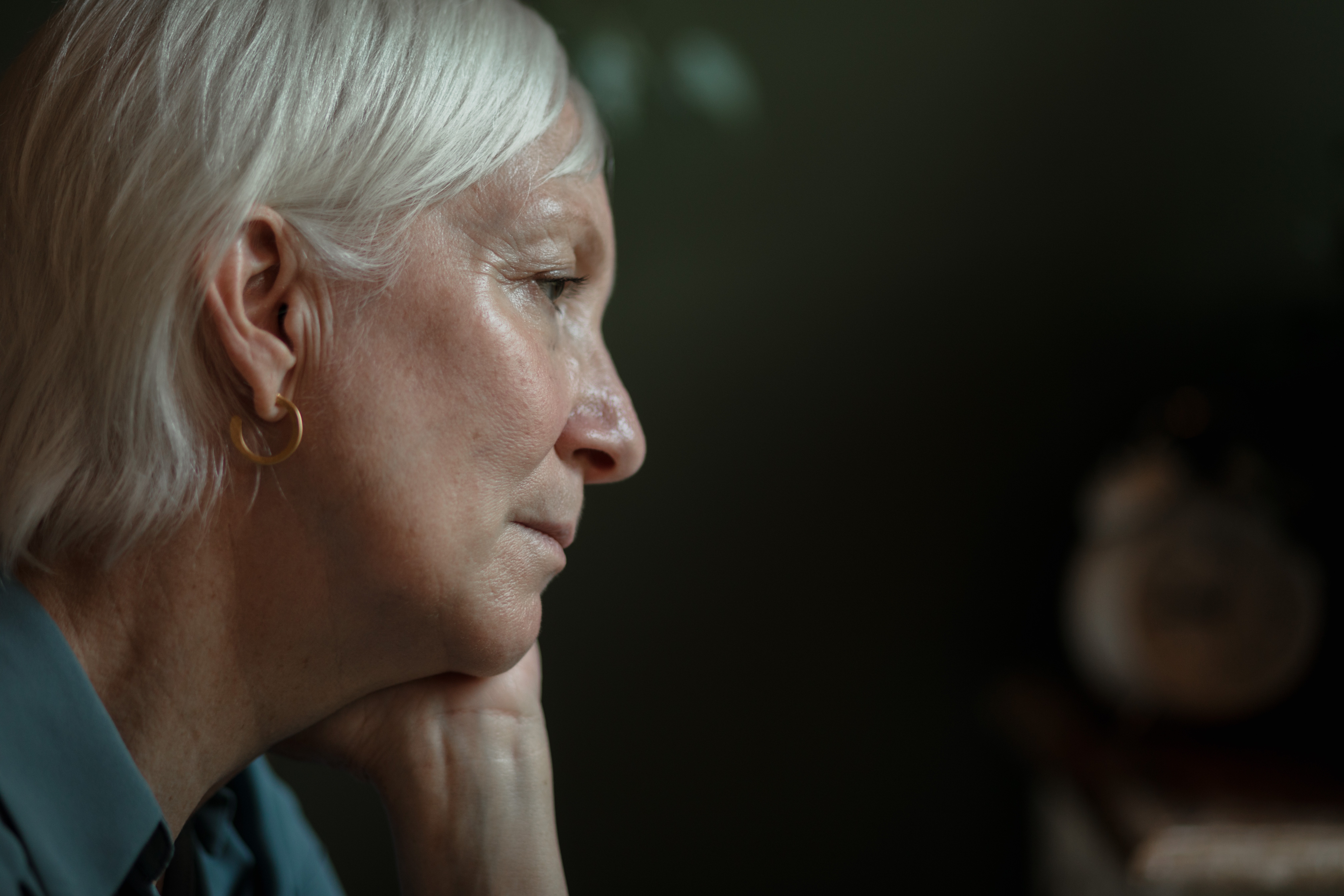 New research suggests that many lonely older women die, literally, of a broken heart – with lockdowns further increasing the risk.

Social distancing has been one of the main tools used to try and contain the Covid-19 pandemic.

But a new study found an increase in heart disease risk of up to 27% in postmenopausal women who experience both high levels of social isolation and loneliness.

But if older women experienced high levels of both, their risk rose from 13% to 27% compared to women who reported low levels of social isolation and loneliness.

‘We are social beings. In this time of Covid-19, many people are experiencing social isolation and loneliness, which may spiral into chronic states,’ said Dr Natalie Golaszewski, the study’s first author.

‘It is important to further understand the acute and long-term effects these experiences have on cardiovascular health and overall well-being,’ added Golaszewski.

She explained that social isolation and loneliness are ‘mildly correlated’ and can occur at the same time, but they are not mutually exclusive. For example, a socially isolated person is not always lonely and conversely, a person experiencing loneliness is not necessarily socially isolated.

‘Social isolation is about physically being away from people, like not touching or seeing or talking to other people,’ said the study’s senior author Dr John Bellettiere.

‘Loneliness is a feeling, one that can be experienced even by people who are regularly in contact with others,’ he said.

The scientists said that social isolation and loneliness are a ‘growing public health concern’ as they are associated with health conditions that increase the risk of cardiovascular disease including obesity, smoking, physical inactivity, poor diet, high blood pressure and high cholesterol.

When researchers included all of those health behaviours and conditions in their study and adjusted for diabetes and depression, high social isolation and loneliness remained ‘strongly linked’ with increased risk for heart disease.

‘Measures of social isolation and loneliness should be incorporated into standard care,’ said Golaszewski

It’s still unclear if the increased risk of cardiovascular disease is due to acute exposure to social isolation and loneliness or whether prolonged exposure accumulated over a lifetime is the culprit. Previous research indicates that women experience more social isolation than men.

The new study was conducted on 57,000 postmenopausal American women over a period of four years between 2011 and 2015. The results found that 1,599 of the participants experienced cardiovascular disease linked to loneliness.

In the UK, women are twice as likely to die of coronary heart disease, the main cause of heart attack, as breast cancer in the UK.

Research has shown that the differences in heart healthcare for women were estimated to have contributed to at least 8,200 avoidable deaths in England and Wales in the last decade.