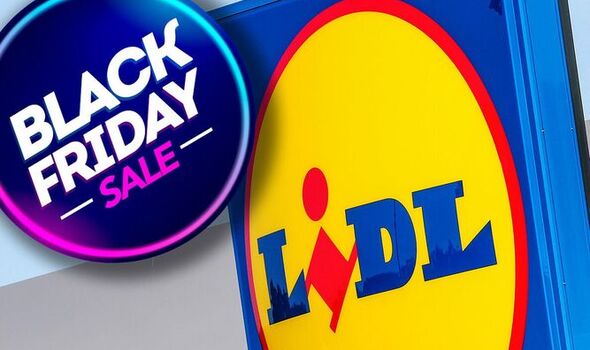 It’s almost Black Friday with this major shopping event officially kicking off on November 25. That’s the date when we are expecting the biggest bargains to be revealed but ahead of Black Friday itself, many UK stores have already begun slashing prices. Argos has just announced its lowest prices on a swathe of products and Currys is giving away free TVs in its early sale. Now it’s the turn of Lidl to unleash some savings with the supermarket chain offering a number of discounts on TVs, laptops, vacuum cleaners and more.

In fact, you can currently pop a 42-inch TV Toshiba smart TV in your shopping basket for under £200. This telly features Dolby Audio, a Voice assistant for hands-free controls and there is even a Gaming Mode which optimises the vibrancy of the screen to help boost the graphics when playing PS5 and Xbox titles.

If it’s a new laptop you need then Lidl is also offering the Lenovo IdeaPad Flex 3 for just £129. This Chromebook device even features a fully flexible hinge which converts it from a laptop into a tablet plus there’s a 10-hour battery life and stereo speakers.

Another deal that’s worth a mention in the early Lidl sale is £80 off the GTech Pro 2 Cordless Vacuum cleaner. This Dyson rival features a 40-minute runtime and a fully adaptable design for easy cleaning around the home.

Along with the GTech Pro on offer, there’s also the Bellray 2-in-1 cleaner which now costs just £59.99.

Other deals worth a mention include money off Tassimo coffee machines, and there’s a Xiamoi fitness tracker for £22.99 plus over £20 off Oral B Electric Toothbrushes.

Lidl release their Christmas advert for 2022

Of course, Lidl doesn’t have a home delivery service so you should find all of these deals in store.

To see all of the deals available check out Lidl’s Black Friday webpage.

As we mentioned earlier, it’s not just Lidl that has money-saving discounts ahead of Black Friday. Very has also slashed prices with some products getting even bigger discounts than what Argos is currently offering. There are also deals from Currys, Sky, BT and Virgin Media.

Want to know more about all the best upcoming deals? Read our in-depth guide to the best Black Friday deals with early deals, top tips and how to spot a bargain.

Here are some of the best early deals from the UK’s biggest names.

What is Black Friday

Black Friday was started in the United States as a way for retailers to drum-up extra sales ahead of the holidays. The one-day sales event would see millions of people queue up outside high street shops to secure the best Black Friday deals, dubbed “doorbusters”. Held on the first Friday after the Thanksgiving celebrations, Black Friday is no longer confined to the shores of the United States – it has become a global phenomenon.