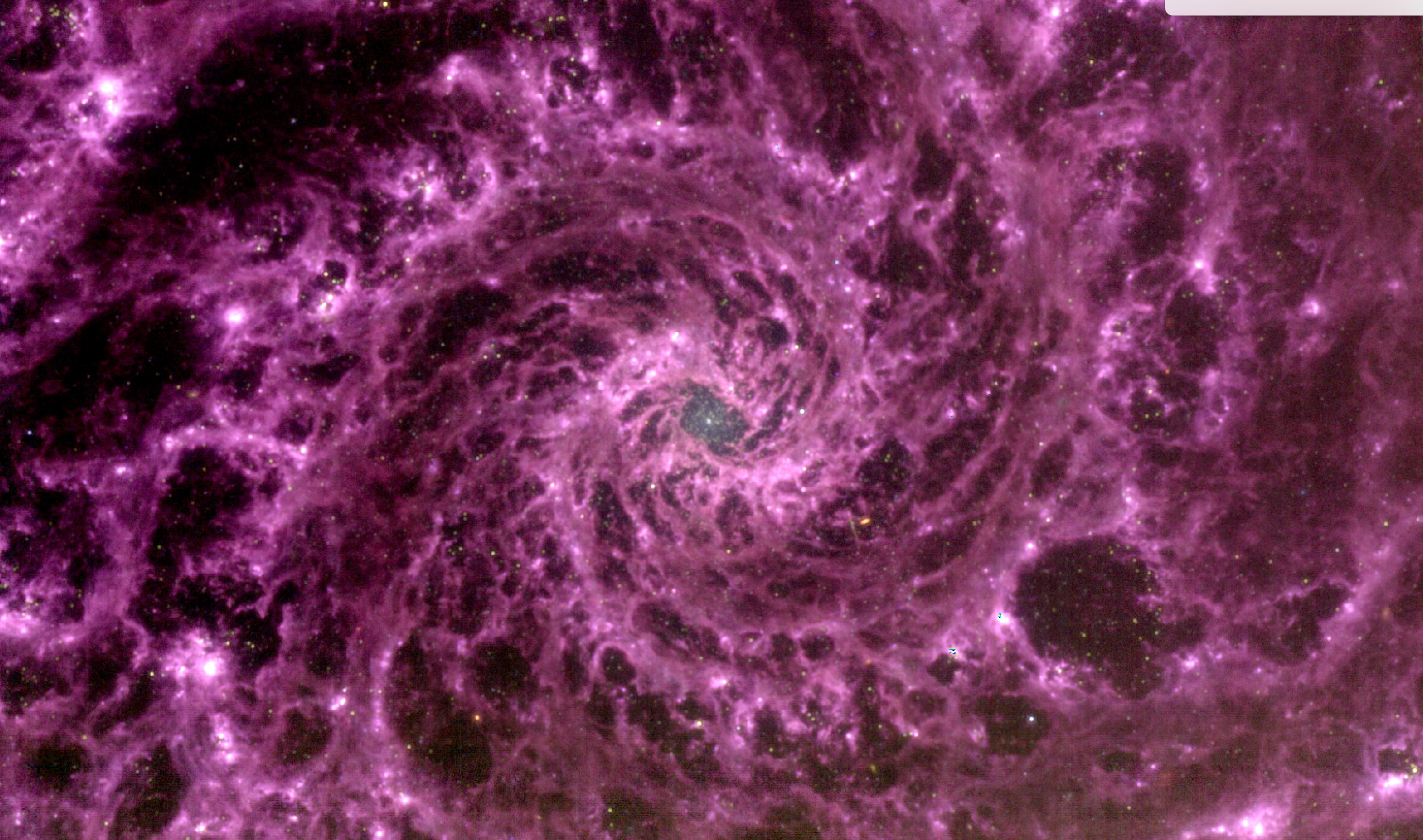 This has been the month of the James Webb Space Telescope that’s been beaming astonishing images of deep space back down to Earth.

As more data from the telescope becomes publicly available through the Space Telescope Science Institute’s MAST archive, astronomers have started to perform their own analyses, creating some amazing visuals in the process.

Last week, Gabriel Brammer, an associate professor at the University of Copenhagen, composed and shared once such image that showed the galaxy Messier 74.

Judy Schmidt, who has been working with space images for a decade shared another image named ‘Phantom Galaxy’ yesterday. The image of the eerily glowing galaxy was based on data collected nearly a million miles away from our planet using the observatory’s mid-infrared instrument (MIRI).

Scientists believe that the ‘Phantom Galaxy’ has an intermediate-mass black hole embedded at its heart.

The image highlights the dust lanes in the galaxy, which is more properly known as NGC 628 or Messier 74. Some astronomers consider it the ‘perfect spiral’ as the galaxy is so symmetrical.

The galaxy has been imaged professionally many times before, including by space observatories such as the Hubble Space Telescope and the Wide-field Infrared Survey Explorer (WISE).

Schmidt reportedly used Photoshop and FITS Liberator for most of the work and said many of the concepts in her 2017 YouTube imaging tutorial will help with the more advanced software of today.

These latest pictures from the James Webb telescope are different from previous pictures of the galaxy due to the mid-infrared range that highlights cosmic dust, along with the power of its unique 18-segment hexagonal mirror and deep-space location.

A selected of raw Webb imagery is made publicly available on this website, a few hours or days after observations so amateur imagers and scientists are free to take a crack at it as long as they credit the source when publishing.

Nasa’s James Webb Telescope has already captured breathtaking shots of galaxies nebulae that lie thousands — some even billions — of lightyears from Earth.

These were broadcast to the world a few weeks ago and included images of Jupiter and its moon Europa.