The internet-connected world is completely dependent on the production of semiconductors. That’s become a problem now that supplies are running short.

Dan Rozycki, the president of a small engineering firm, worries about what a global semiconductor shortage could mean for curing concrete.

Mr. Rozycki’s company, Transtec Group in Austin, Texas, sells small sensors that are placed where concrete is poured at building, highway and bridge construction sites. The gadgets take temperature readings and wirelessly send data so workers with computers can ensure the material is hardening properly.

Like many other things in the modern world, from computers and cars to cash registers and kitchen appliances, the sensors require a couple of common, inexpensive semiconductors that have suddenly become a very scarce commodity.

“Every month our product is getting more popular,” Mr. Rozycki said. “But we may not be able to make it in several months.”

Shortages of semiconductors, fueled by pandemic interruptions and production issues at multibillion-dollar chip factories, have sent shock waves through the economy. Questions about chips are reverberating among both businesses and policymakers trying to navigate the world’s dependence on the small components.

Chip supply limitations are far from a new phenomenon. But past problems have typically concerned particular kinds of chips, like the types that help store computer memory or process vast amounts of data. This time, customers are also scrambling to find an array of simpler chips made in older factories. And those factories are difficult to upgrade. 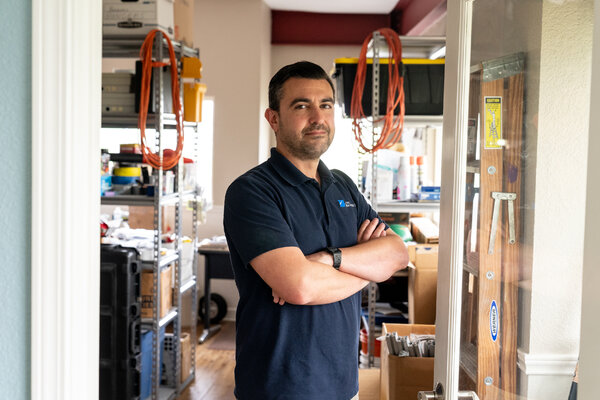 President Biden in February ordered a 100-day review of the semiconductor supply chain, a process that drew chief executives of 19 big companies to a virtual meeting Monday. Congress has backed legislation aimed at spurring more domestic chip manufacturing to reduce dependence on Taiwan and South Korea, which Mr. Biden has proposed funding with $50 billion in his infrastructure plan.

Most attention has focused on temporary closings of big U.S. car plants. But the problem is affecting many other sectors, particularly the server systems and PCs used to deliver and consume internet services that became crucial during the pandemic.

“Every aspect of human existence is going online, and every aspect of that is running on semiconductors,” said Pat Gelsinger, the new chief executive of the chip maker Intel, who attended the meeting with the president on Monday. “People are begging us for more.”