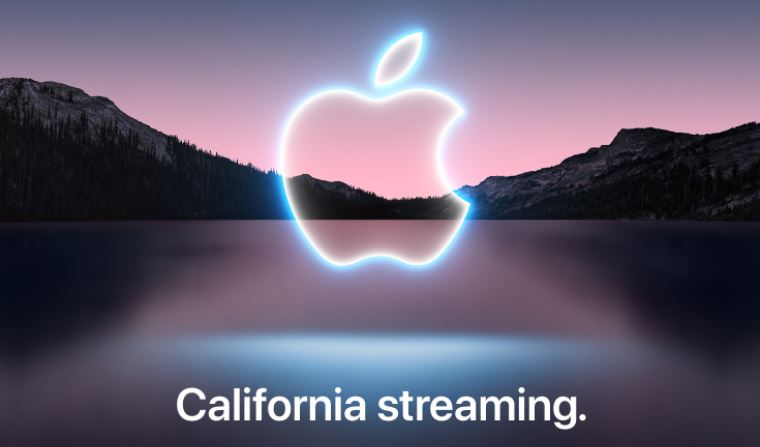 Apple has announced it will be holding an event in September 2021 to reveal the next version of the iPhone.

Due to the ongoing threat of the coronavirus, this year’s event will be a virtual one. Hosted online, anyone will be able to tune in and watch the tech giant unveil its latest products.

The tagline for the event is ‘California Streaming’ and a glossy digital invitation has been making the rounds this week.

So as well showing off the much-hyped iPhone 13 and new Apple Watch, we can expect some discussion on Apple’s streaming services too.

The tech giant has landed plenty of hits with its Apple TV+ streaming service with the likes of Ted Lasso and Jason Momoa’s See currently in their second seasons.

But if it’s the gadgetry you’re really interested in, then we don’t think you’ll be disappointed.

When is the Apple event?

Apple is holding its event on Tuesday, September 14.

The live stream will kick off at 10am Pacific Time, which translates to 6pm over here in the UK.

If previous Apple events are anything to go by, we could expect the live stream to last between one and two hours.

There will be a lot of flashy transitions and some of the best product videography you’re ever likely to see.

How can I watch the Apple event?

If you’re keen to watch the news as-it-happens, there are a couple of ways to do it.

The first is through a special page on Apple’s website – which you can find here – devoted to events.

The page will host the livestream which you can watch through your browser on a PC, tablet or smartphone.

Alternatively, Apple is putting the stream on its YouTube channel, which you can find here.

It used to be the case that Apple events were limited to the Safari browser – meaning you needed an iPhone, iPad or Mac to watch. That’s not the case anymore and you can watch the livestream from any device with an internet connection.

What is going to be announced?

The most obvious product that will get a big reveal next Tuesday is the iPhone 13 in its various different configurations.

Each version had a different price point and catered to a different kind of user. Expect Apple to repeat a similar mantra this year and show off up to four different versions of the iPhone 13.

Alongside the phone is likely to be a new version of the Apple Watch. The high-tech wearable is tipped to feature more health-tracking features (body temperature, perhaps?) and a new design.

Apple hasn’t updated the look of the Apple Watch much since it debuted in 2015, but the rumoured Apple Watch Series 7 will feature a flatter, boxier design to compliment the new iPhone models as well as the iPad Pro.

Gadget fans are also speculating that Apple may reveal a new set of AirPods and possibly a redesigned version of the iPad mini – although these are thin rumours at best.

But, as mentioned above, we can expect Apple to spend a lot of time discussing its streaming services. Not just Apple TV+ and Apple Music, but we could also hear about updates from gaming service Apple Arcade and fitness platform Apple Fitness+.

When is the iPhone 13 release date?

One of the best things about Apple’s new product announcements is the company doesn’t wait long to get it into our hands.

Last year, the iPhone 12 was announced on Tuesday, October 13 and by that Friday the pre-orders were open for people to reserve one. The phone itself then came out a few weeks later on October 23.

The Max and mini models pre-orders came along a bit later, on November 6.

If the tech giant follows the same pattern this year, it could mean that pre-orders are open for the iPhone 13 as early as Friday, September 17.

That means we may see the iPhone 13 release date set at around October 1, 2021, providing there are no issues with chip shortages or other Covid-related delays.