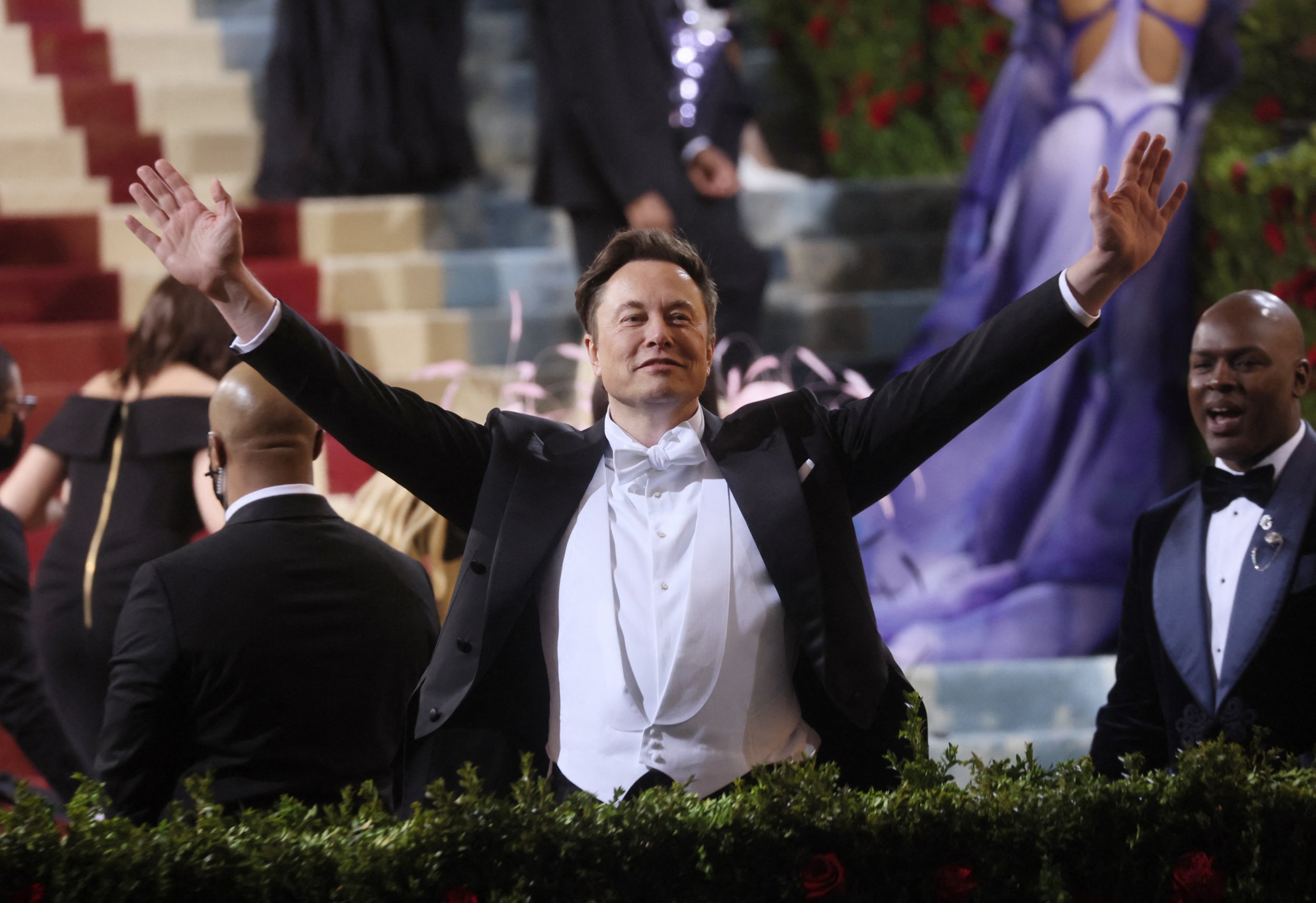 Elon Musk has reconfirmed his commitment to rid Twitter of internet trolls and fake bots should his £43 billion acquisition go through.

‘We have to get rid of the bots and trolls and the scams and everything because that’s obviously diminishing the user experience,’ the world’s richest man said at a recent appearance on the Met Gala red carpet.

Musk’s bid for Twitter looks almost certain to go ahead and he has vowed to take the social media company private in the future.

That would mean he doesn’t need to report to shareholders and can force through any changes he wants to make.

‘I’m definietly on the warpath,’ he said.

‘If somebody is operating a bot or troll army then I am definietly their enemy.’

‘I’m on the warpath… I’m definitely their enemy.’

Speaking on the Met Gala red carpet, Elon Musk said he would rid Twitter of ‘bots and trolls’

Despite Musk’s pledge, he himself has been called out for trolling on several occassions.

Recently he critcised Twitter’s head of policy, legal and trust, Vijaya Gadde, who subsequently faced harassment from Musk’s followers as a result.

However, the billionaire boss of SpaceX and Tesla says he wants to use Twitter to promote free speech.

In a statement, the businessman said: ‘Free speech is the bedrock of a functioning democracy, and Twitter is the digital town square where matters vital to the future of humanity are debated.

‘I also want to make Twitter better than ever by enhancing the product with new features, making the algorithms open source to increase trust, defeating the spam bots, and authenticating all humans.

‘Twitter has tremendous potential – I look forward to working with the company and the community of users to unlock it.’