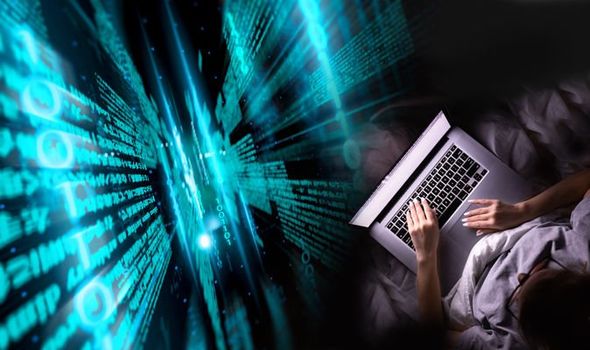 As millions of us continue to stay at home to stop the spread of the coronavirus, we’re bingeing more boxsets and streaming more movies than ever. Video on-demand providers like Netflix and Disney+ have seen unprecedented demand for their latest must-stream shows. But new figures show that record numbers of people are also turning to illegal methods to line-up their next boxset or blockbuster to keep them occupied during national lockdowns.

As you might expect, the United States is the number one source of this eye-watering web traffic, accounting for 12.5 billion visits alone, followed by Russia (8.3 billion), China (6.9bn) and India (5.6bn). These are some of the most populous countries on the planet, so that makes sense.

However, when looking at the data for those countries with the most visits per user, Barbados is on top followed by Andorra, Georgia, and Ukraine.

Interestingly, the data shows that traditional methods of piracy, like downloading via torrents, is nowhere near the most popular method of obtaining content. As the likes of Netflix and Prime Video have popularised streaming over renting or buying physical media, illegal streaming has also become much more popular, rather than downloading individual files.

According to the annual report compiled by MUSO, some 57 percent of the 130 billion visits to piracy sites was streaming, followed by direct downloads (27 percent) and torrents (12 percent). Streaming accounts for online Netflix-style portals with access to shows and movies you’d usually have to pay to access, as well as set-top boxes powered by Kodi and other open-source software that enables third-party apps that can stream paid-for content for free.

Of course, while piracy can allow viewers to watch paid-for content channels and movies for free, that’s not always how it works. These so-called Kodi Boxes often come with a subscription component, where users need to pay a monthly cost over PayPal to keep access to copyrighted material without permission from the rights holders.

It’s worth pointing out that it is illegal to watch a stream of anything that you should be paying for – whether that’s on your laptop, mobile phone, or using a set-top box, like so-called Kodi Boxes, or torrents. Downloading and streaming (which is essentially temporarily downloading to your machine) are the same offence (despite what some still mistakenly believe) there is no legal “grey area” around streaming rather than downloading. The technology that powers torrents is not illegal – you’re welcome to share anything that you own the rights to on the service – but using the technology to obtain paid-for material for free, definitely is.

Most Internet Service Providers, ISPs, in the UK block access by default to some of the most well-known pirate repositories, like The Pirate Bay. There are also a number of ongoing campaigns to send out warning letters sent out to internet users found to be downloading content illegally – something ISPs can track with ease.

The data from MUSO about the sheer scale of piracy worldwide comes a few days after FACT published new research that revealed three out of five people in the UK (62 percent) were unaware of the hidden dangers of piracy – fraud, identity theft and malware – or its links to criminal gangs.

The research, which focused on consumer behaviour and attitudes to piracy and was commissioned by intellectual property group FACT, found that with lockdowns in place across the UK, confirmed that despite awareness of the illegalities surrounding piracy being high (76 percent) with those surveyed, the majority of consumers were unaware of broader risks associated with it.

A third (36 percent) were initially tempted to use new devices purchased during the festive season to access premium content like sports or films for free – unwittingly putting themselves, and their shiny new gadgets, at risk of the hidden dangers of piracy.

Once warned of the wider risks of fraud, identity theft and malware, as well as piracy’s links to criminal gangs, consumers admitted it changed their perceptions of piracy and those behind it. In fact, 39 percent said they would now advise friends and family against it.

The One Show warns of dangers of using Kodi streaming box

FACT CEO Kieron Sharp said: “While it’s good to see that so many people are aware of the illegality of piracy, there appears to be a lack of understanding about the very real risks consumers face, with many unwittingly putting themselves in danger as a result.

“Identity theft, fraud and exposure to malware and viruses as a result of piracy are all too real. I’d ask anyone who is considering turning to illegal content to think twice about whether it’s worth risking giving criminals access to your devices and bank accounts.”

In a time when unemployment is skyrocketing to an all-time high, not paying for copyrighted material could jeopardise the future of your favourite shows or movies by removing revenue from those who worked on the project or the companies who take the decision whether to greenlight a new series or sequel.