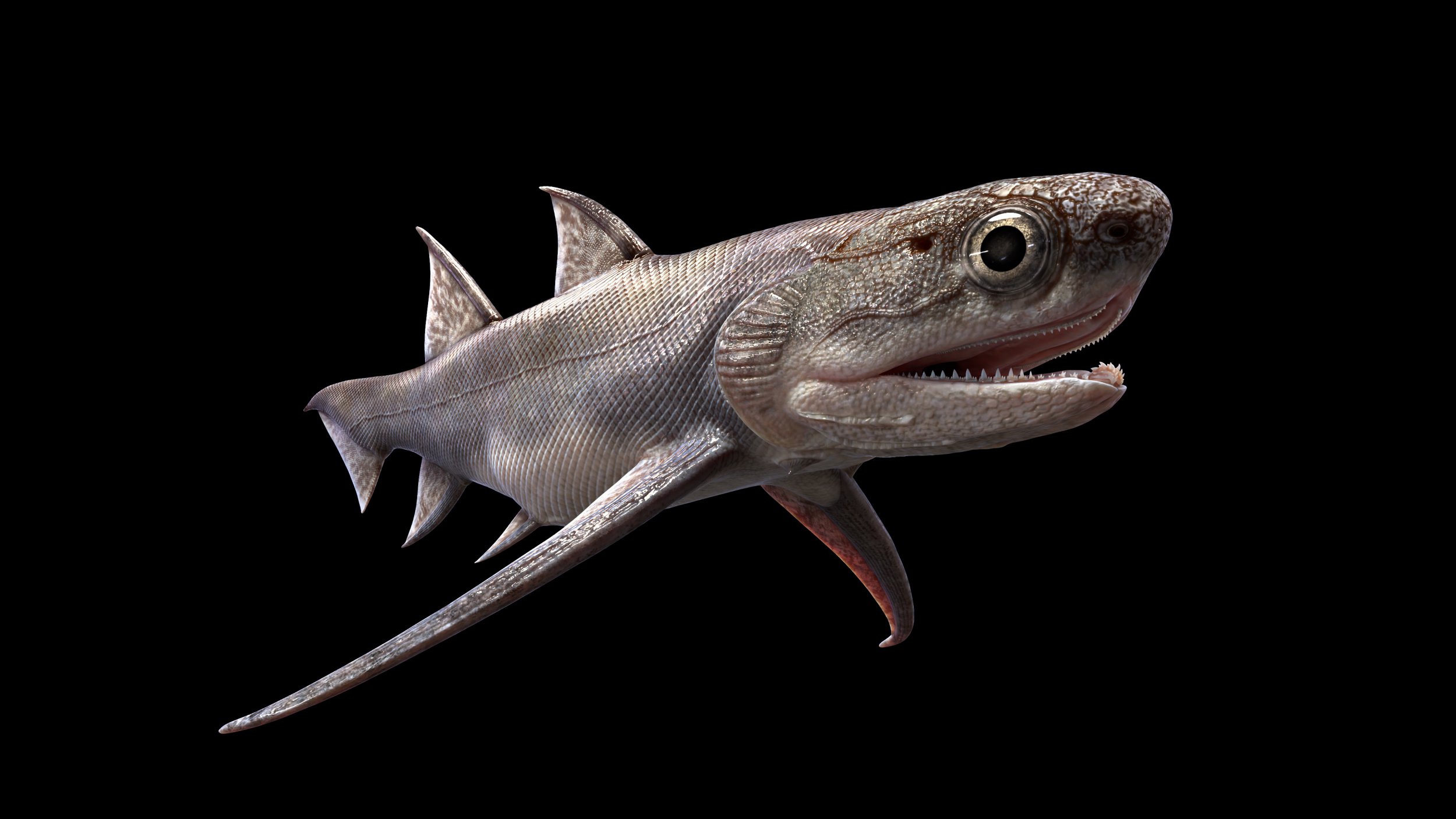 Humans evolved from an armoured shark that swam the oceans 439 million years ago, according to new research.

It was covered in bony plates and bristled with multiple pairs of fin spines that sets it apart from living descendants.

The primitive fish has been reconstructed from thousands of tiny skeletal fragments unearthed at a prehistoiric animal graveyard in southern China.

Corresponding author Professor Zhu Min, of the Chinese Academy of Sciences in Beijing, said: ‘This is the oldest jawed fish with known anatomy.

‘The new data allowed us to place Fanjingshania in the family tree of early vertebrates and gain much needed information about the evolutionary steps leading to the origin of important vertebrate adaptations such as jaws, sensory systems and paired appendages.’

Fanjingshania was an early member of the modern gnathostomes – meaning ‘jaw-mouths’.

They include tens of thousands of living vertebrates ranging from fish to birds, reptiles – and mammals. It belonged to a group known as chondrichthyans – cartilaginous fish such as sharks and rays.

Fanjingshania reached up to two-and-a-half feet long. It lived before the split between the earliest sharks and the first bony fishes – a lineage that eventually included humans.

It was also a member of the acanthodians which went extinct about 250 million years ago.

Its shoulder girdle is key to pinpointing its position in the evolutionary tree of early vertebrates.

The international team found a group known as climatiids possess the full complement of spines seen in Fanjingshania.

What is more, in contrast to normal dermal plate development the pectoral ossifications of Fanjingshania and the climatiids are fused to modified trunk scales. This is seen as a specialization from the primitive condition of jawed vertebrates where the bony plates grow from a single ossification centre.

The bones of Fanjingshania show evidence of extensive resorption and remodelling typically associated with skeletal development in bony fish – including humans.

‘It speaks about greater than currently understood developmental plasticity of the mineralised skeleton at the onset of jawed fish diversification.’

Cartilaginous fish, which today include sharks, rays, and ratfish, diverged from the bony fishes more than 420 million years ago.

Co-author Dr Ivan Sansom, of Birmingham University, said: ‘The new discovery puts into question existing models of vertebrate evolution by significantly condensing the timeframe for the emergence of jawed fish from their closest jawless ancestors.

‘This will have profound impact on how we assess evolutionary rates in early vertebrates and the relationship between morphological and molecular change in these groups.’