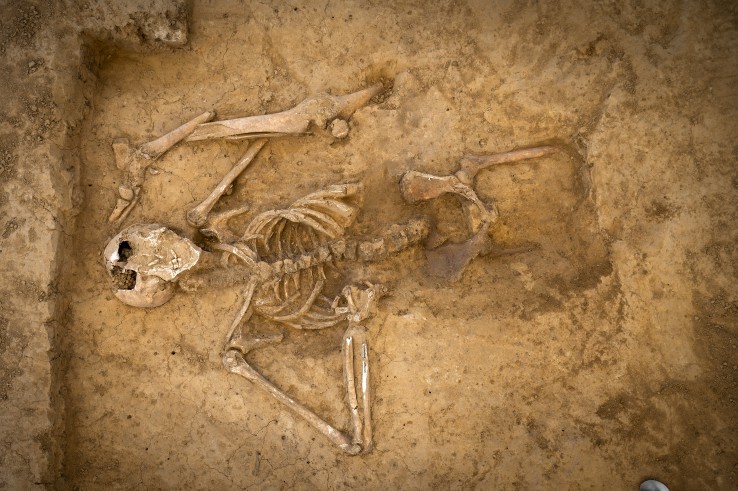 A team of archaeologists have uncovered rare skeletons of humans and horses at the Waterloo battlefield in Belgium.

The discovery follows the latest dig which resumed this year for the first time since 2019.

The work has focused on two sites at Mont-Saint-Jean farm and Plancenoit to investigate some of the bloodiest fighting of the battle.

Experts say the discoveries are ‘incredibly rare’ on a Napoleonic battlefield and further excavation is underway to learn more about the remains.

‘I’ve been a battlefield archaeologist for 20 years and have never seen anything like it,’ said Professor Tony Pollard, one of the project’s archaeological directors and director of the Centre for Battlefield Archaeology at the University of Glasgow.

‘We won’t get any closer to the harsh reality of Waterloo than this,’

The remains of three amputated limbs were excavated at Mont-Saint-Jean Farm, which was the site of the Duke of Wellington’s main field hospital during the battle.

Archaeologists and military veterans have joined Professor Pollard from the Waterloo Uncovered project, which uses archaeology as a tool to help veterans find peace from various conflicts.

The team will continue its excavations until July 15 and is expected to make some ground-breaking discoveries about the events that took place at these important battlefield sites.