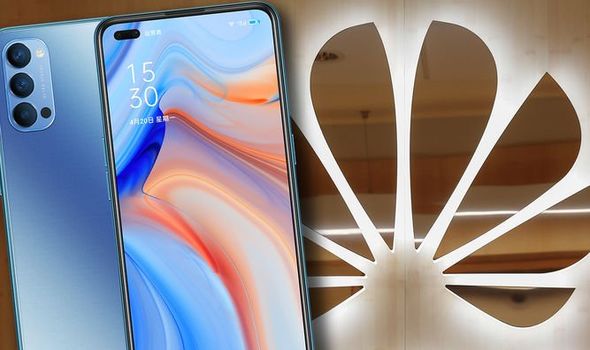 Huawei seems to be having a pretty tough time at the minute. The US trade ban, which came into force back in 2019, remains in place meaning the Chinese firm still can’t use any of Google’s apps and services including the all-important Play Store. That could be hurting its bottom line with it revealed earlier this year that Huawei was falling behind rivals such as Samsung and Apple when it comes to overall smartphone sales.

Now it appears it’s also losing traction in one of its most important markets… China. Latest data from the team at Counterpoint suggests that Huawei has dropped behind Oppo in January with this brand, which makes phones such as the new Reno4, now the most popular in the country for the first time ever.

According to Counterpoint Research’s Market Pulse Service, OPPO’s market share reached 21 percent in January giving it the top spot in China. To make matters worse for Huawei, Vivo secured 20 percent of the market leaving the firm in joint third with Apple and Xiaomi.

So why is this happening? Counterpoint says that Huawei has been losing its market share in China due to a number of factors but the biggest problem for the firm is component shortages.

With Huawei unable to trade with any US firms it’s struggling to get all the parts it needs to build its popular devices.

Counterpoint also says that 5G devices are booming in China with 65 percent of all devices sold in Q4 2020 featuring this technology. This appears to also be giving Huawei a headache with Counterpoint saying, “Its inventory for key components has been depleting and it will not be able to source 5G smartphone components.”

With fewer parts, Huawei has been focusing on releasing premium devices and that’s given other firms the chance to swoop in on the mid-range market.

Counterpoint’s research also speculates that due to insufficient supplies, the distributors in China are also scaling down their Huawei operations and shifting to other brands.

At its peak, Huawei had more than 10,000 retail and experience stores across China. This number has been decreasing since Q4 2020.

Speaking about the new stats and rise of OPPO, Varun Mishra, Senior Analyst at Counterpoint Research said: “OPPO has been successfully able to reposition its product lines in 2020. The rebranding of the Reno series and launching a more capable device at a lower price point than its predecessor helped OPPO capture the affordable premium segment. The strong momentum of the A series in the mid segment strengthened the product portfolio for OPPO and it was able to cater to the 5G demand in China across a wide price band. This was further helped by the decline of Huawei.”

It will be interesting to see what happened in 2021 but we’re already expecting big news from Huawei. The firm has already revealed its new foldable Mate X2 and the P50 Pro looks to set to be released soon.

In April, Huawei is also switching from Android to its new Harmony OS operating system which is a dramatic change for the firm that has been using Google’s software for almost 10 years.