Huawei has been busy at work on their upcoming Android rival, HarmonyOS, for some time now, with the new kid on the mobile OS block getting announced last year. HarmonyOS was revealed after the US first put Huawei on its Entity List trade blacklist, but while we’ve been talking about it for over a year now the actual look and feel of the software has been shrouded in mystery. Huawei has confirmed that in 2021 HarmonyOS will be getting its general release for smartphones, with the software arriving on new devices as well as being available as an upgrade to existing ones.

Ahead of this proper release, a report has emerged from China (via Huawei Central) which has revealed tantalising details about the HarmonyOS beta.

And from the sounds of it, we could get our first look at HarmonyOS next month with the beta build of the software landing on Mate 40 devices first.

The Mate 40 series is the most recently released Huawei flagship and boasts a 5nm Kirin 9000 processor and comes pre-loaded with EMUI 11.

The Shenzhen-based tech giant has already confirmed that phones running with EMUI 11 will be able to upgrade to HarmonyOS, so the Mate 40 seems the ideal candidate to kick off the beta programme.

While Huawei has also said that they plan to upgrade around 90 percent of previous smartphones fitted with Kirin chips to HarmonyOS.

A date for the beta programme hasn’t been confirmed yet, nor has when exactly HarmonyOS will be getting its full release date in 2021.

But it looks like the clock is ticking on Huawei’s relationship with Android, as plans to replace the Google-made mobile OS ramps up.

Last month Express.co.uk reported on Huawei’s rumoured rollout plan for HarmonyOS, and which devices will be first in line to get the upgrade once it’s fully released.

The news came courtesy of a Weibo tipster, and from the looks of it the Mate 40 will be first in line followed by the P30 Pro and Mate 30 Pro. 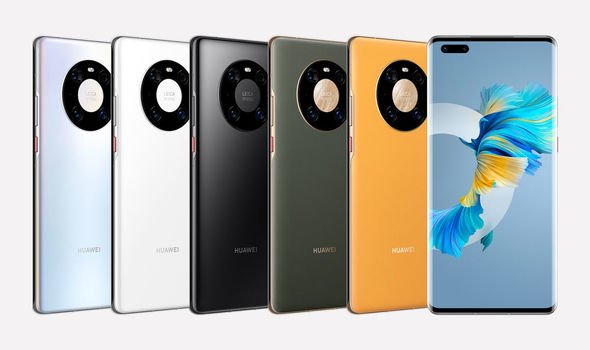 The Huawei P30 Pro – which was one of the last Huawei phones to have Google apps available straight out of the box – will allegedly get HarmonyOS towards the end of the software’s rollout.

Huawei has already set a lofty target for HarmonyOS, aiming for the operating system to be running on over 200million devices in its first year.

By comparison, Android – the market-leading mobile OS – is used by over two billion devices.

This 200million target from Huawei, however, is not solely smartphones – and covers the wide range of tech HarmonyOS can run on such as phones, tablets, smart TVs and wearables.