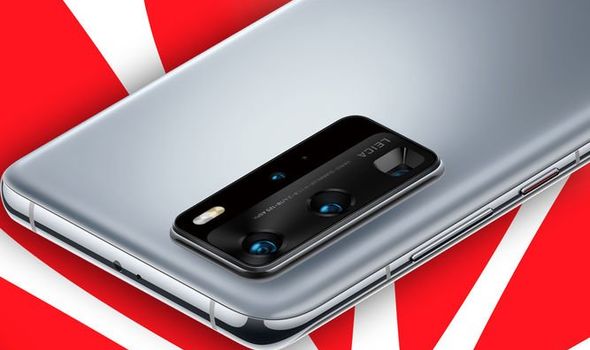 Despite the ongoing US trade ban that prevents Huawei from doing business with any American companies – like Google, Huawei has been able to ship devices with an unlicensed version of Android. Although there’s no sign of Google Maps, YouTube, Gmail or the Google Play Store, Huawei smartphones have continued to offer settings and features that remain pretty familiar for users who have used Android phones before.

Huawei confirmed that Harmony OS will begin powering some devices from April, which means there will soon be much less reliance on Google and its Android software. There’s no official word on an exact date when this update will take place but we may now know which phone will be the first to get this monumental change.

A report discovered on Chinese social media platform Weibo and published by GizChina suggests the new Huawei P50 series – a successor to the Huawei P40 – will be the first handset to get Harmony OS straight out of the box. This means these phones will cut ties with Google completely with owners not getting access to any apps such as Gmail, Google Maps or Google Drive.

Although the current P40 range doesn’t have any of these apps pre-installed there are unofficial ways to sideload them on the Android-based phone. That won’t be the case moving forward. Little else is know about the P50 or what Harmony OS will bring to these devices but it will certainly be an interesting period for Huawei as it breaks free from its reliance on Google.

This is an important period for the company with recent reports suggesting it’s lost ground to its rivals in recent months. Global sales of its phones slipped behind both Apple and Samsung last year and now the firm has even been beaten on its home turf. According to new stats, Oppo outsold Huawei for the first time ever during January.

According to Counterpoint Research’s Market Pulse Service, OPPO’s market share reached 21 percent in January giving it the top spot in China. To make matters worse for Huawei, Vivo secured 20 percent of the market leaving the firm in joint third with Apple and Xiaomi.

Incredibly, OPPOs sales grew 33 percent month-on-month and 26 percent year-on-year during the first month of 2021. Speaking about the new stats and rise of OPPO, Varun Mishra, Senior Analyst at Counterpoint Research said: “OPPO has been successfully able to reposition its product lines in 2020. The rebranding of the Reno series and launching a more capable device at a lower price point than its predecessor helped OPPO capture the affordable premium segment.”