SAN FRANCISCO — Things are so hot in Silicon Valley that it’s freaking people out.

As tech start-ups have rushed to go public and valuations have soared, Aaron Rubin, a partner at Werba Rubin Papier Wealth Management, said his clients were in shock over their newfound wealth.

When the pandemic hit a year ago, tech workers worried that their start-up stock might never pay off. The whiplash, plus general unease about the economy, has now discouraged them from making the kinds of splurges that often accompany overnight fortunes, Mr. Rubin said. Compared with past booms, there is “more gratitude,” he said, and more plans for charity.

“Everyone is waiting for the other shoe to drop,” Mr. Rubin said. “Maybe they buy a new Tesla or convertible, but they don’t go out and start buying airplanes overnight.”

Silicon Valley’s cash-gushing, millionaire-minting initial public offerings have been bigger and buzzier than ever. But in the pandemic, the newly rich aren’t celebrating with the usual blowout parties and early retirement into round-the-world travel. 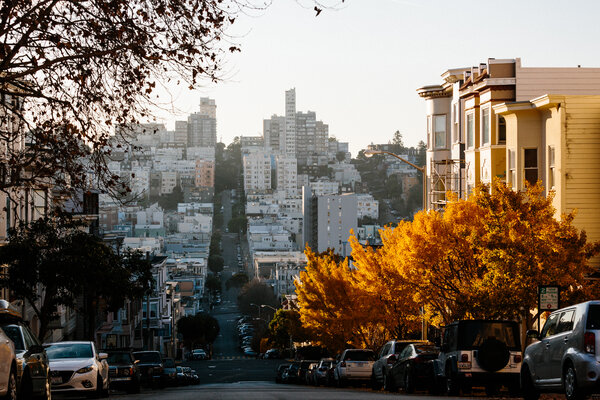 The parties are on Zoom, the tax talk is on Slack, the house shopping is slightly less intense, and the vibe is cautious. It’s a weird time to become rich.

“People’s mind-set is not in a place to be ostentatious,” said Riley Newman, who was an early employee at Airbnb, which went public in December and immediately topped $100 billion in value.

Over the past six months, at least 35 companies that were founded in the San Francisco Bay Area — including Airbnb, DoorDash and the data warehousing company Snowflake — have gone public for a combined market value of $446 billion, according to a tally by The New York Times. Those companies’ “lockup periods,” which prevent insiders from selling most of their stock soon after an I.P.O., will expire in the coming months, unleashing a wave of wealth.

Just a handful of those I.P.O.s could mint an estimated 7,000 millionaires, according to an analysis by EquityBee, a platform that facilitates start-up equity transactions. The stream of I.P.O.s has been large enough that the tax income from them may wipe out some of California’s projected budget shortfall.

In a survey of employees at seven newly public companies, which was conducted by Blind, an app for anonymous employee discussions, roughly a quarter said they planned to be conservative with their money because of the pandemic. Many said they would buy homes. Those who wanted to splurge were eyeing Ferraris, Teslas, watches, a pottery studio and “stonks,” a slang term for playing the stock market.

The new wealth is part of a widening gap between the tech industry and the rest of the economy. Dozens of retail chains have gone belly-up, beloved restaurants have shuttered, and unemployment has soared. But in tech, the shift to working, shopping and socializing via screens has turbocharged adoption of digital products and fueled growth.

More riches are set to roll in. On Wednesday, Roblox, a kids’ gaming start-up that has grown in the pandemic and is worth around $30 billion, is set to go public. The analytics provider AppLovin, the used-clothing site thredUP and the cryptocurrency start-up Coinbase also plan to list their shares this month, with investors predicting that Coinbase could hit $100 billion in value.

When tech start-ups went public before the pandemic, they celebrated with rocket-shaped ice sculptures and fleets of 1980s bands.

Daniel Figone, owner of Handheld Catering and Events, has recently delivered boxed dinners and snacks to homes for a number of workers at Silicon Valley companies that went public. The boxes — which cost $45 to $100 each — can include housemade rubs, finishing salts, hot cocoa mix, gourmet bark, fancy cheeses, fruit and champagne. Inside, printed cards rivaling a wedding invitation detail the login code for a Zoom gathering.

Top executives get even more: floral arrangements, three-course meals and an on-site chef to finish the cooking and plate it, Mr. Figone said. At some small outdoor gatherings, he has offered individual “grazing cones” filled with snacks, instead of buffets and passed appetizers.

If there’s a musician — Alicia Keys, Train and John Legend are top requests — the set is kept to one or two songs, he said.

One company, which Mr. Siegan declined to identify, shipped its employees meal kits and hired Snoop Dogg to lead them in a cooking class. Snoop Dogg’s Zoom square was occasionally filled with smoke during the cooking class, Mr. Siegan said. A representative for Snoop Dogg did not respond to a request for comment.

Another company — Mr. Siegan was again not authorized to say which one — bought its employees Peloton bikes as a thank-you gift to celebrate the I.P.O.

“You actually have to find things that are meaningful instead of just throwing alcohol at them at a party,” he said.

For Palantir, a data analytics company that went public in September, Feb. 18 was “giraffe money” day. That was the first day that current and former employees could cash out all of their shares after the company went public.

In a Slack channel for former employees called Giraffe Money — an apparent reference to wealth that can support casual giraffe ownership — many anticipated their windfalls by sharing links, mostly in jest, to absurdly expensive home listings and boats, one former employee said.

But in reality, techies are spending in very different ways.

Instead of fine art, they are buying NFTs, or nonfungible tokens that represent ownership in pieces of digital art, memes or artifacts of internet history.

Instead of round-the-world travel, they are piling into Sprinter vans, the pandemic vacation essential. Jackie Conlin, a personal style consultant to tech executives, said she had created “van wardrobes” consisting of “comfy clothes that look put together but are oozing with laid-back vacation vibes” for clients going on road trips.

Instead of designer dresses, they are hunting for new outfits that look good on Zoom calls, virtual makeup lessons for the camera and makeovers for their Zoom backgrounds. Ms. Conlin said she redecorates a client’s Zoom room “to make whatever the other meeting attendees see look more cohesive, stylish and pleasing to the eye.” Clients are also buying weekly “comfort” gifts for friends and family like cozy blankets and robes, skin care items, pajamas, and games.

And instead of luxury condos, they are after houses with outdoor space, home gyms and good “Zoom rooms.” In San Francisco, newly rich techies are migrating from modern “white box” apartments in the neighborhood of SoMa to traditional prewar “trophy homes” in more established areas such as Nob Hill, Russian Hill, Pacific Heights and Sea Cliff, said Joel Goodrich, a real estate broker with Coldwell Banker Global Luxury in the city. They are excited by historic mansions with elaborate moldings and architecture.

“After a major trauma in the world or the nation, a lot of times there is a turn to more traditional styles,” he said. “People want a sense of normalcy and solidity.”

J.T. Forbus, a tax manager at Bogdan & Frasco, a tax accounting firm in San Francisco, said his clients had mostly avoided show-off splurges. Their biggest expense, other than a house, is their financial adviser.

“If they do get crazy and spend, it’s investing in crypto,” Mr. Forbus said, referring to digital currencies.

Last year as Airbnb went public, former employees started Equity for Impact, a program in which employees pledge to donate an unspecified portion of their I.P.O. proceeds to charity. So far, more than 400 people have committed around $50 million of shares, which is halfway toward the group’s goal of $100 million by the time Airbnb’s lockup period expires in June.

The focus on charity at the time of their windfall is a change from past waves of the newly rich, Mr. Forbus said.

“Granted, they will get a tax deduction,” he said.