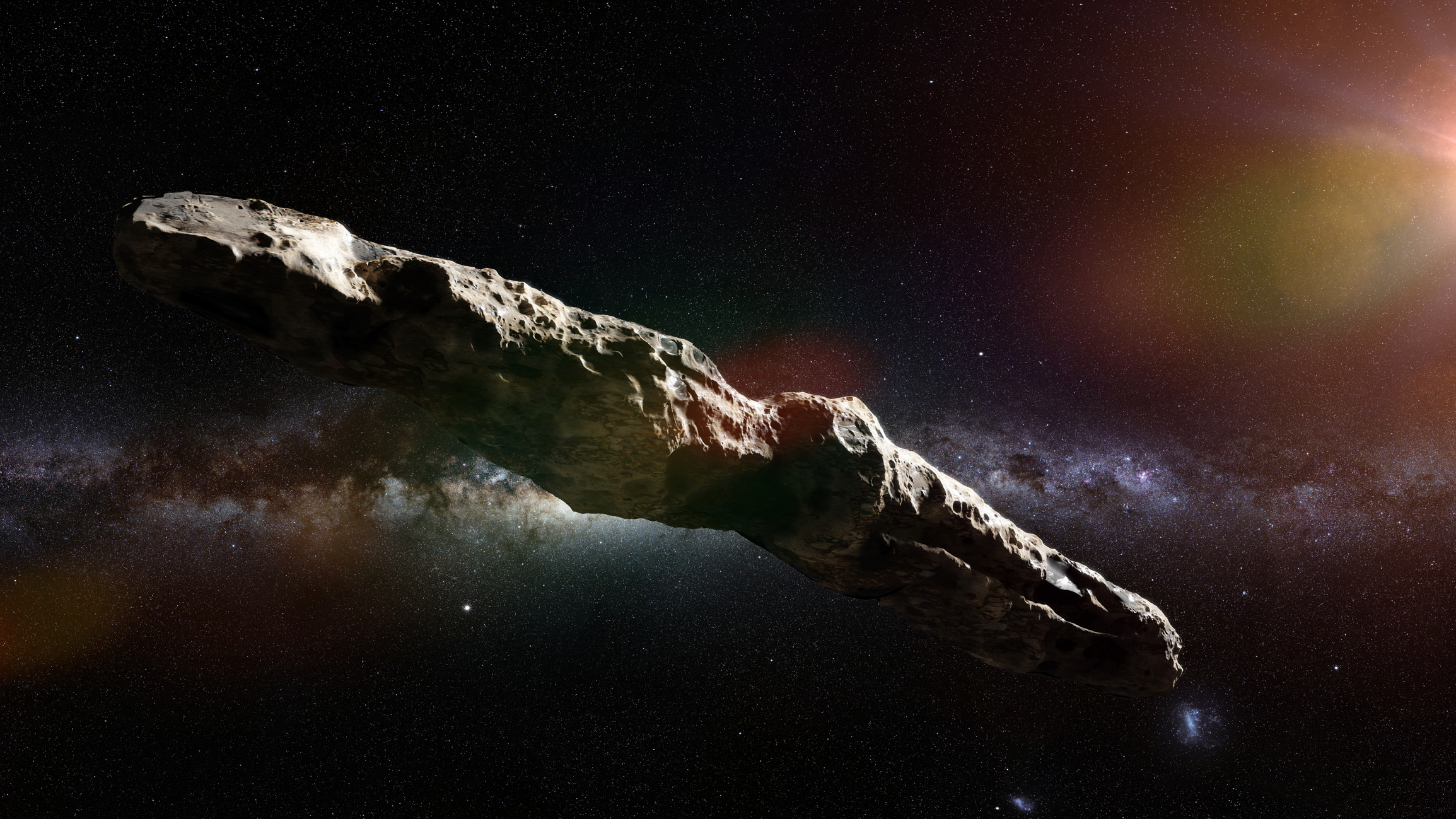 A Harvard astrophysics professor has theorised that the mysterious interstellar object ‘Oumuamua could be linked to the phenomenon of unexplained aerial phenomena (UAV), ahead of a hotly anticipated US government report on UAVs tomorrow.

Avi Loeb, the Frank B. Baird Jr. Professor of Science at Harvard, suggested in an op-ed for Scientific American that ‘Oumuamua could be a listening device designed to pick up signals from ‘sensors’ on foreign planets.

These sensors would be what we perceive as UAVs or UFOs, placed on Earth by a extraterrestrial intelligent civilisation.

However, as Loeb himself has pointed out, there is no evidence for this claim – it is purely a theory on the facts as we currently know them.

A leaked version of tomorrow’s UAV report has suggested that the US government will say there is no evidence that unexplained aerial sightings are alien – but that they can’t rule it out either.

But in the absence of strong evidence either way, Loeb has argued, a theory needs to be made.

‘A predecessor to ‘Oumuamua could have been a craft that deposited small probes into the Earth’s atmosphere without being noticed,’ Loeb wrote in the op-ed.

‘Along this imaginative line of reasoning, ‘Oumuamua could have arranged to appear as coming from the neutral local standard of rest, which serves as the local “galactic parking lot,” so that its origin would remain unknown.’

Loeb has also theorised that ‘Oumuamua’s strange shape, the exact dimensions of which is still debated by scientists, could be a receiver for probes ‘that were sprinkled on Earth long ago.’

‘In this context, its tumbling motion was meant to collect possible signals from all directions and the UAP may be the probes that it received signals from,’ Loeb told the Daily Mail.

The report on UAVs from the Pentagon, which is due to be released tomorrow, is first time that the US government has ever fully admitted that there are things in the sky it can’t explain

Last year, US lawmakers added a provision to the Intelligence Authorization Act, which forced the government to compile a report on what it knows about UFOs by, at the latest, 25 June.

Congress has already received the classified version of the report, which reviews 120 incidents recorded by US military and government personnel.

Though the US government has said it can’t find any evidence that the objects are alien technology, ufologists will point out it also can’t be ruled out.

Of more immediate concern to lawmakers is the possibility that these unidentified aerial phenomena, as the government calls them, are from foreign adversaries, like Russia or China.

If they are, then it would mean those countries military capabilities would outstrip anything the US government publicly admits to having.

‘Hence, it is reasonable to conclude that the U.S. government believes that some of these [UAP] objects are not human in origin,’ Loeb said.

‘This leaves two possibilities: either UAP are natural terrestrial phenomena or they are extraterrestrial in origin.’

Loeb believes that the strange singular nature of ‘Oumuamua, with almost no similar objects to compare it to in the Solar System, suggests it doesn’t have a natural origin.

The only other interstellar object found by astronomers is Comet 2I/Borisov, found in 2019.

Scientists have posited a number of theories about the origin of ‘Oumuamua, from gas icebergs to shards of other planets.

But Loeb maintains that the option of the strange object being an alien ship has to remain possible until better data is obtained – which is unlikely, given the object has now left our Solar System.