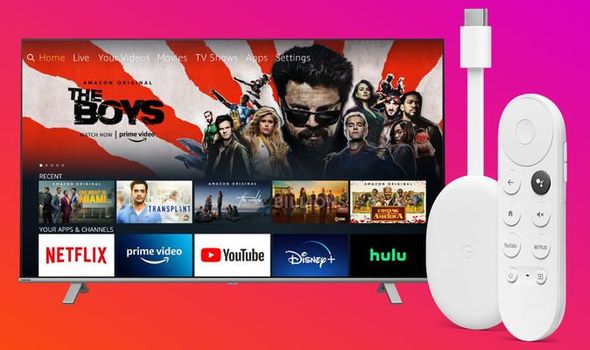 Google is widely-tipped to be working on a new feature to its Chromecast with Google TV and Android TV-powered Smart TVs – and longtime Fire TV owners will be immediately familiar with the latest addition.

With the launch of the Chromecast with Google TV and the subsequent introduction of Google TV on a number of popular Android TVs, Google has really caught up with the competition. As Apple and Amazon curated new shows and movie recommendations for viewers on their set-top boxes, those with a Chromecast were left behind.

Google TV changes all that, with new boxsets, YouTube videos, and films recommended based on your viewing habits. Google also lets you keep tabs on upcoming series and movies that you’ve searched on Google.co.uk, with the titles appearing on your telly as soon as they’re available to buy or as part of one of your subscriptions.

Unfortunately, while it’s possible to add multiple Google Accounts to your Google TV …the suggestions are only based on shows and films watched by the primary account.

When adding a secondary account to your Chromecast with Google TV right now, Google will warn that “you won’t see recommendations for those accounts on the Google TV home screen,” but thankfully, that could soon change. Yes, buried within the latest update to the Google TV Home app found in the Google Play Store, blog 9To5Google has unearthed a number of references in the code that suggests that distinct recommendations will be soon available for every user. 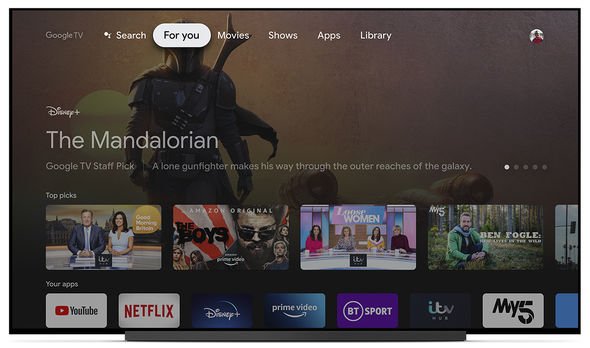 Amazon redesigned its Fire TV interface at the end of last year, adding the ability to house six separate user profiles on the same streaming gadget. Each of these could have its own recommendations based on the shows they’ve been bingeing. Fire TV will also provide shortcuts to jump back into the action if users were halfway through an episode or movie. These profiles are all separate, so you don’t need to worry about younger viewers’ habits filling your homescreen Peppa Pig recommendations.

And now, it seems Google TV will follow in Amazon’s footsteps.

“Add another account to this device to have their own personalised Google TV experience. You can manage existing accounts in Settings and then Accounts & Sign in,” the listing for the Google TV Home update in the Play Store claims. Unfortunately, while Google is proudly announcing the feature in the Play Store, there’s no sign of it yet inside the app.

Similarly, Google TV also looks set to improve its support for children. Younger viewers will have their own distinct space, with their own recommendations, apps, and shortcuts to resume their viewing. More mature content will be safely locked away, with parents and guardians able to individually hide titles by pressing and holding on a show.

Google can take its time rolling out new features across the globe because of the extra time needed for localisation. So, make sure your apps and Android TV or Chromecast is running the latest software and then, unfortunately, all you can do is wait.