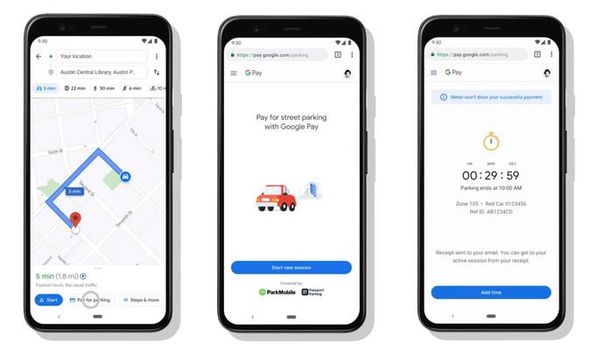 The new feature was confirmed in a new blog post. Unfortunately, some of these handy new tools will only be available in the US to begin – with a roll out to the UK and mainland Europe likely to take a little while.

Have you ever been out and about only to get in a flap once you realise you have just minutes left until your parking runs out? Well, thankfully Google Maps will be able to help.

Google Maps users will soon be able to not only pay for parking tickets in the app, but also top up the time remaining on a parking meter. However, this feature – at least to start with – will only be available in the US.

This handy new addition to Google Maps is thanks to the search engine giant teaming up parking providers Passport and ParkMobile. To access the feature, Google Maps users will just need to hit the ‘Pay for parking’ button that pops up near a destination.

Users will then have to enter a meter number and the amount of time they need to be parked. If for any reason you need to be in that spot for longer you’ll be able to top up your parking ticket with just a few taps.

This parking feature is rolling out to over 400 cities in the US including Boston, LA, New York and Washington DC.

Android users will be getting the feature first with iOS not too much longer after that. Unfortunately, Google hasn’t said whether this feature will end up in other countries. Hopefully, it will as it sounds like an incredibly handy tool to have at your disposal.

Elsewhere, Google Maps will also allow users to pay for their public transport in the hugely-popular navigation app.

And thankfully this feature appears to be getting a more wider rollout.

Google said paying for transit fares in Maps will be expanded to “over 80 transit agencies around the world”. 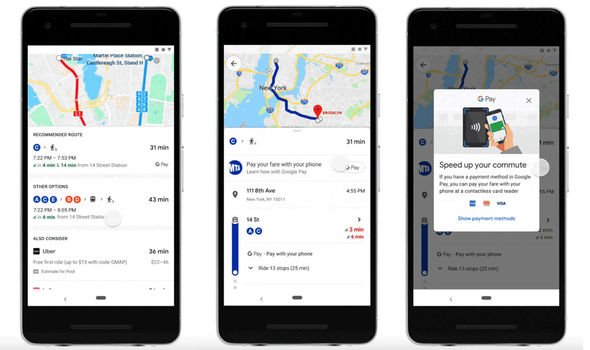 Discussing the inbound feature, Google said: “Now you’ll be able to plan your trip, buy your fare, and start riding without needing to toggle between multiple apps. You can understand how to pay in advance and even get your fare ready to go before you arrive at the station – which is helpful when you’re not sure what payment options a transit agency supports.

“When you get transit directions, you’ll see the option to pay with your phone with the credit or debit cards already linked to your Google Pay account. And in places like the San Francisco Bay Area, you’ll also be able to buy a digital Clipper card directly from Google Maps. Once you’ve purchased your fare, all you need to do is tap your phone on the reader or show your digital ticket to breeze on board.”

The tech giant said the ability to pay for transit will be expanding globally in the coming weeks on Android. Unfortunately, there was no official word on when iOS will be getting this functionality worldwide.