Google is working to fix an issue that renders some older models of its Home smart speakers unusable, which appears to have resulted from automatic updates sent out by the company. 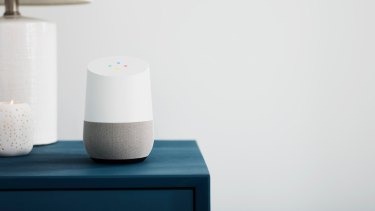 In many cases described on Reddit and support forums no amount of resetting or troubleshooting has seemed to help, which would suggest new firmware had "bricked" the device.

Reports of the issue have been appearing since at least last month, but the number of complaints looks to have grown over time. Still it's clear that the problem does not affect all devices, begging the question as to why a few Homes were completely bricked by an update that the rest handled fine. Google has acknowledged that it is working on a solution.

"It has been very difficult for our team to diagnose this issue and we understand why many of you have been frustrated with this ongoing process", wrote Google employee Rachel Chambers this week on a support forum thread which has hundreds of replies. "We appreciate your patience as we work through this".

While some US media have reported that Google was refusing to replace unresponsive devices unless they were under warranty, others have confirmed with the company that this is not the case and new units are being provided to customers that want them.

A local Google spokesperson told The Age and Sydney Morning Herald that users experiencing the problem could expect a fix or replacement.

"We are aware of an issue that's causing a small number of Google Home and Google Home Mini devices to no longer function," the spokesperson said. "A fix will roll out soon and we are replacing affected devices in the meantime."

The Google Home and Google Home Mini were the first two versions of the web giant's Assistant-powered smart speakers, launching in 2016 and 2017 respectively. This was followed by the Home Max, Home Hub (later renamed Nest Hub), Nest Hub Max and Nest Mini, none of which appear to be affected by the issue.