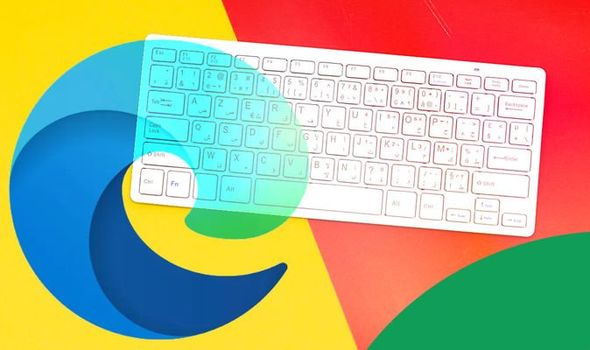 Microsoft is rolling out its overhauled Edge web browser to all Windows 10 users in the latest update. That means Edge, which was re-built from the ground-up at the start to the year to run on the same Chromium codebase that fuels Google Chrome – the most popular browser on the planer, will now be the default for all Windows 10 users. And that’s a really, really good thing.

Compared to the previous iteration of Microsoft Edge, which was a feature-laden but sluggish mess, there’s simply no competition. But what about when compared with Google Chrome? Is the all-new Microsoft Edge still a no-brainer then?

As it turns out, yes.

When it comes to performance, there’s really not much to differentiate between Google Chrome and Microsoft Edge. Both load up websites incredibly fast, which makes sense since they’re powered by the same open-source code. When compared using objective benchmarking software, there’s not much between these two rivals either.

So, if the performance differences are marginal – bordering on non-existent – why switch from Chrome to Edge? 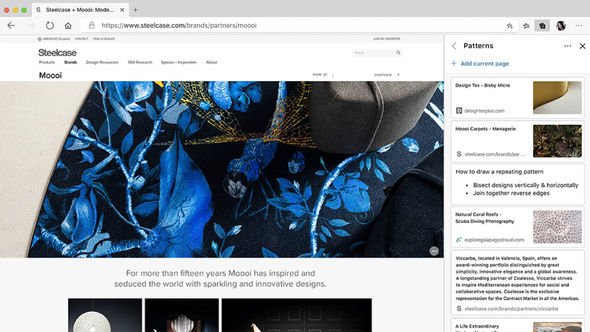 Unlike Google Chrome, Microsoft Edge is much, much kinder on your system. Chrome is a lightning-fast, incredibly stable browser that is supported by every website or online web app available …but it’s a real hog when it comes to battery life and RAM. Using Google Chrome on a laptop will often result in your machine baking your crotch as the fans battle with the browser. Despite using the same underlying code, Microsoft Edge isn’t as taxing on your PC.

This seems especially true with Apple hardware. In a matter of minutes, Google Chrome can reduce the battery life of a MacBook from eight-hours down to barely enough time to make it through a Hollywood blockbuster. With Edge, this isn’t true. While macOS users won’t see the same battery life as when using Apple’s own Safari browser – it’s not far off.

And it’s a similar story on Windows 10. Especially, if you’re a device without top-tier specs – like the lightweight Surface Go 2, which was able to handle dozens of tabs open simultaneously in Edge without breaking a sweat.

But Microsoft Edge’s advantages aren’t only limited to boosting battery life and reducing groin-based injuries from overheating laptops – although, surely that would be enough? – it also boasts better in-built privacy options. During set-up, Edge present users with three levels of control over tracking: Basic, Balanced, and Strict. 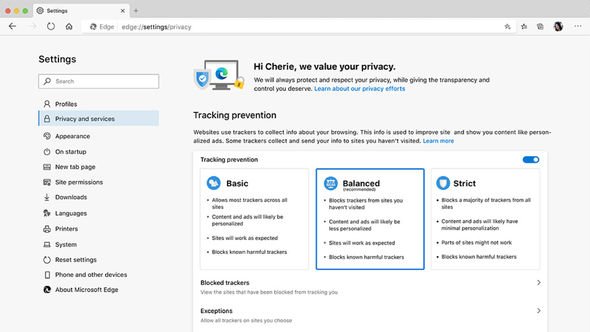 By default, Microsoft Edge will be set to Balanced, which blocks anything potentially harmful as well as trackers from websites you’ve never visited following your online activity. For those who want a tighter control on their privacy, the Strict option blocks almost all known trackers, removes personalisation from online advertisements and more. Of course, this can result in a number of popular sites not working as expected, but it’s nice to have the option.

With a few extensions, Google Chrome can offer exactly the same experience. But having it built-in – and enabled by default – is another huge positive for Microsoft Edge.

And speaking of extensions, all of the add-ons built to work with Google Chrome (and that’s quite a few, thanks to the browser holding a staggering 67 percent marketshare for years) now work with the new Microsoft Edge too. So, that’s very handy. Microsoft has built-in a handy set-up process that imports your favourites or bookmarks, saved passwords, addresses and more, payment information, browsing history, settings, open tabs, and any third-party browser extensions or add-ons. That means you still won’t have to remember every single password that you use to access your inbox, favourite shopping sites, social networks, and more. Groovy.

Of course, Microsoft Edge isn’t perfect. By default, any searches typed into the address bar will be made with Bing.com …which wouldn’t be anyone’s first choice. Thankfully, this can be changed to Google or DuckDuckGo within the settings menu.

With a truckload of new features planned for Microsoft Edge in the coming months, including an innovative new way of managing your tabs, there’s never been a better time to try it. And if you’ve noticed battery life or performance on your desktop PC or laptop take a hit as you spend more time in Chrome making video calls, online shopping, working or studying from home… it might be time to look elsewhere.

Less taxing on your system, better privacy controls baked-in (and enabled by default), a gorgeous dark mode appearance, and a really simply one-click import process to get any saved passwords, favourites and accounts switched to the new app – it’s well worth making the jump to Microsoft Edge.