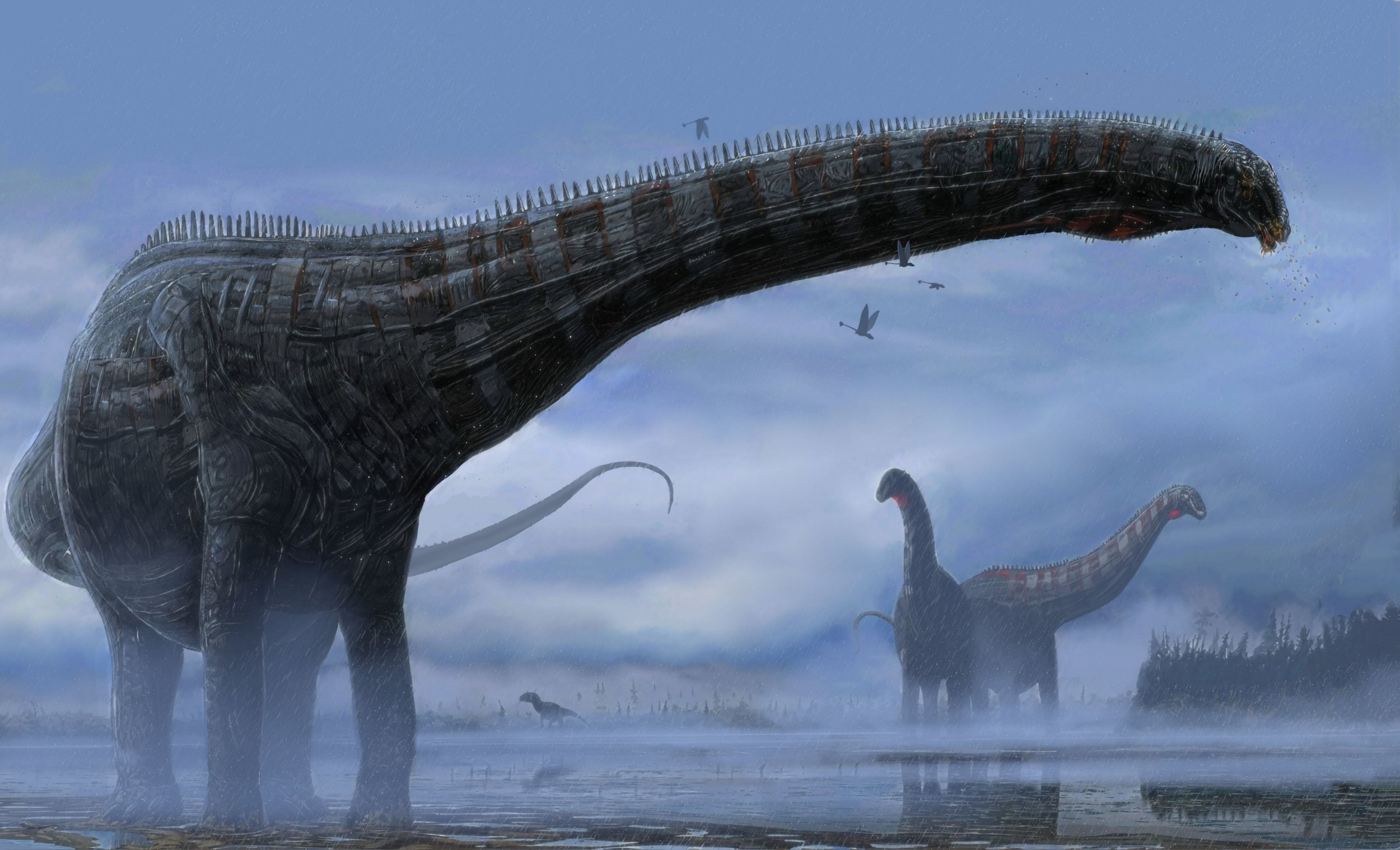 A long-necked giant dinosaur unearthed in the badlands of Montana may have been killed by a flu-like infection.

She had a severe respiratory infection – the first known case of its kind, say scientists.

It was caused by a fungus – triggering weight loss, coughing, fever and breathing difficulties.

Lead author Dr Cary Woodruff, of the Great Plains Dinosaur Museum, Malta, Montana, said: ‘Given the likely symptoms this animal suffered from, holding these infected bones in your hands, you can’t help but feel sorry for Dolly.

‘We’ve all experienced these same symptoms – coughing, trouble breathing, a fever, etc. – and here’s a 150-million-year-old dinosaur that likely felt as miserable as we all do when we’re sick.’

The plant-eating diplodocid has been nicknamed Dolly. She was a juvenile.

Her demise described in Scientific Reports sheds light on the illnesses that affected dinosaurs.

Dolly belonged to the large, long-necked plant eaters that included Brontosaurus. Known as sauropods, they had four huge pillar style legs and huge whip-like tails – to knock away predators.

They could weigh over 90 tonnes and reach 110 feet long – taller than the Statue of Liberty.

The disease was identified from bony growths in her vertebra – indicating a very sore throat.

Dolly was around 40ft long and weighed up to 20 tons. She lived in southwest Montana during the Late Jurassic.

Her remains included a complete skull and seven articulated cervical vertebrae.
Dolly may have picked up an aspergillosis-like bug from microscopic spores in conifers, cycads, ferns or ginkgoes she fed on.

The condition is common in pet birds – which are descended from dinosaurs. It can affect the nose, sinuses, eye, throat and lungs – and broad systemic disease.
Dolly used her long neck to reach leaves from the tops of trees – rearing up on her hind legs to gain extra height.

The slow growing fungal infection gradually damages tissues in the body over a period of weeks to months. There is often little obvious evidence of illness until an organ is severely compromised.

Dolly had abnormal growths in three neck bones. They had an unusual shape and texture. They were located in areas where they would have been penetrated by air-filled sacs.

This is a specialised part of the respiratory tract shared by dinosaurs and birds.
They would have ultimately connected to Dolly’s lungs – forming part of the dinosaur’s complex breathing anatomy.

CT (computed tomography) scans showed the irregular lumps developed from an infection that spread to her neckbones via the air sacs.

Tumours of the avian respiratory tract are rare – with even fewer reported within the air sacs.

They have only previously been found in a couple of parrots and a salmon-crested cockatoo.

The US team say the disease would be similar to aspergillosis that affects birds and reptiles today – and can lead to bone infections.

Dr Woodruff said: ‘This fossil infection in Dolly helps us trace the evolutionary history of respiratory-related diseases back in time.

‘It also gives us a better understanding of what kinds of diseases dinosaurs were susceptible to.’