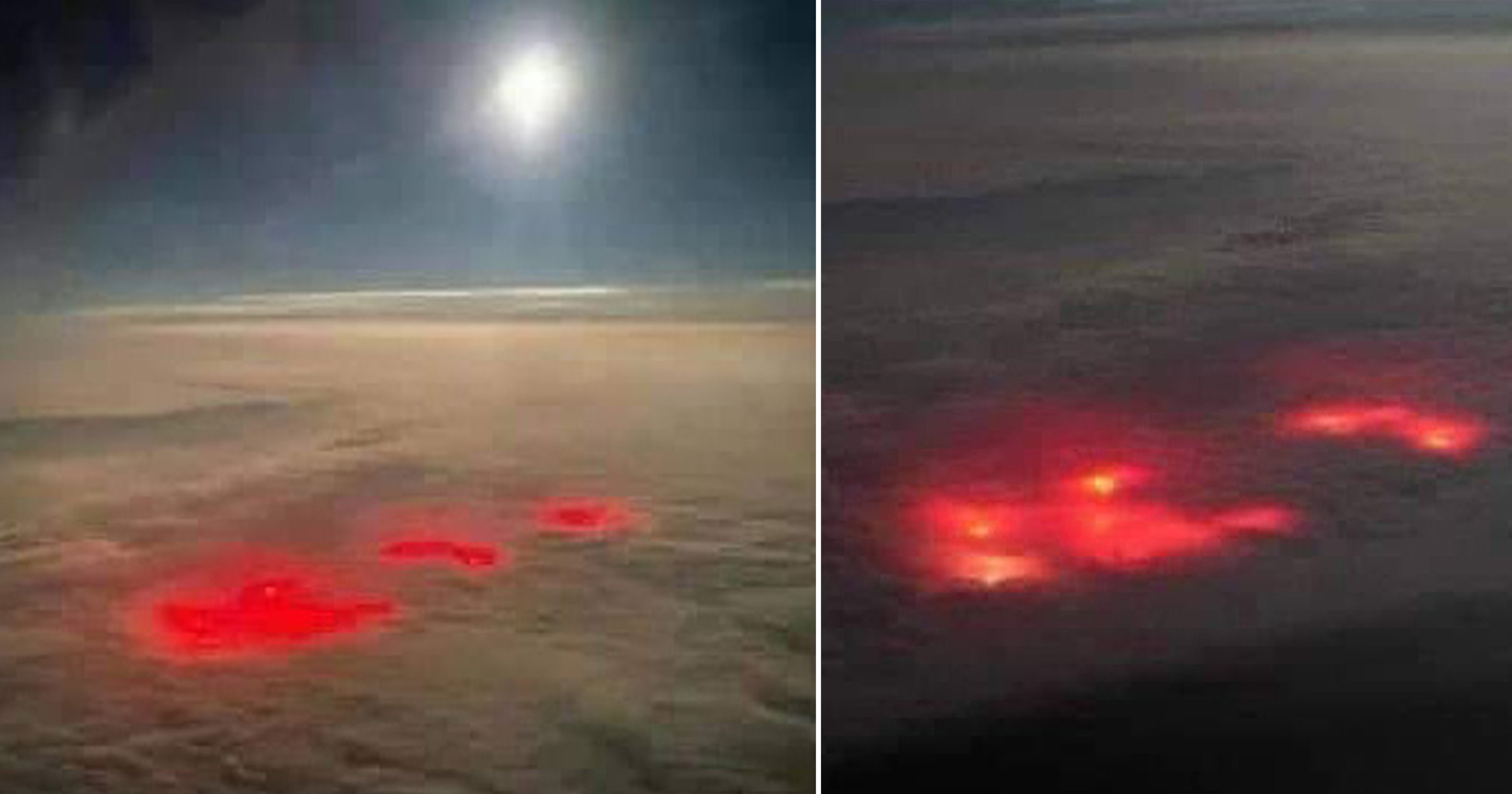 What would you think if you saw this mysterious red glow in the clouds below you?

If you’re a Stranger Things fan, you’d be forgiven for thinking you’d stumbled across the ‘watergate’ – and underwater portal to the Upside Down.

These spooky pictures were apparently taken by a pilot during a flight across the Atlantic.

Posted to Reddit in the hopes of finding out what they are, the pilot confessed he’d ‘never seen anything like it.’

Rather than a gateway to the parallel world from the hit Netflix show, it’s more likely the lights are created by a fishing boat. Using large panels of red LED lights is one way of attracting schools of saury fish.

The anonymous pilot’s pictures were uploaded by the Reddit user u/mohiemen to the r/Damnthatsinteresting subreddit and swiftly picked up thousands of comments.

Another added, ‘I heard the theme music in my head when I saw the pic’.

While another wrote: ‘Dustin’s trying to open up a portal to the upside down – it is literally a watergate,’ referring to one of the scenes.

Video footage of a mysterious red glow over the Atlantic Ocean pic.twitter.com/jHTtnLUlRm

Once the subreddit’s audience was over the Stranger Things/Doom/Kaiju speculation, the more sensible theories started to emerge.

Another provided a link to a Saury Light produced by a company called Delta.

Saury are long, slender fish that are used in several East Asian seafood recipes. However, the species is found in the Pacific – while the original poster claims the lights were seen in the Atlantic.

Saury fish are attracted to bright, red lights. The ships, which are large, are able to lure in thousands of fish that it simply vacuums up.