The Galaxy Note 8 was first revealed back in 2017, so it might not come as any surprise that Samsung has confirmed plans to begin slowing down support for these ageing devices. Sadly, if you have one of these phones in your pocket you’re not going to get the usual monthly security upgrades you’ve been accustomed to over the last three years since it launched.

As spotted by the eagle-eyed team at SamMobile, it seems Samsung has now moved the Note 8 onto its quarterly update schedule which means users will get important patches but nowhere near as regularly.

The Note 8 now joins the likes of the Galaxy S8, Galaxy S8+, Galaxy S8 Active moved over to these less frequent updates.

In a message on its Android security page, Samsung said: “We take security and privacy issues very seriously and we are doing our best to respond as quickly as possible. Securing your device and maintaining the trust you place in us is our top priority. Samsung releases monthly and quarterly security updates on selected Samsung devices. 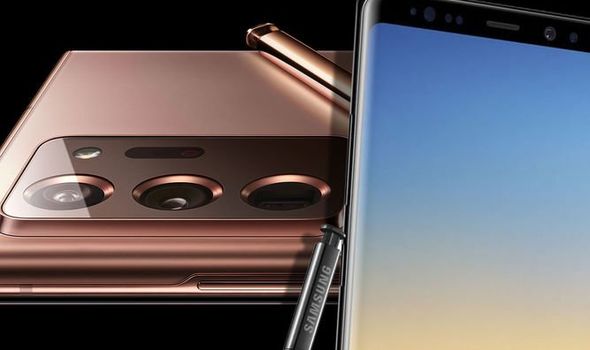 If you’re worried about your device being left without the latest software or want more regular updates you’ll now need to switch over to the Note 9, Note 10 or all-new Note 20. Of course, if you want to get access to the latest and flashiest new features coming from Samsung to Android smartphones, chances are, the Galaxy Note 8 isn’t going to be getting these for much longer.

The latest Note 20 Ultra flagship was unveiled back in August with this phone getting an improved camera with 50x Space Zoom, more power under and a 6.9-inch AMOLED screen, which now includes an adaptive 120Hz high-refresh rate. In plain English, that means the display will automatically shift from 120Hz down to a slower, power-hungry refresh rate whenever it’s not required. This should solve the battery issues that caused some criticism of the S20.There’s also an upgrade to the S Pen which has reduced the latency to just 9ms so it feels more like writing on real paper.

There’s also a 4,500mAh battery cell, which can be fast charged via the supplied 25W power pack. In fact, Samsung is boasting that you’ll get a 50 percent refill in just 30 minutes.