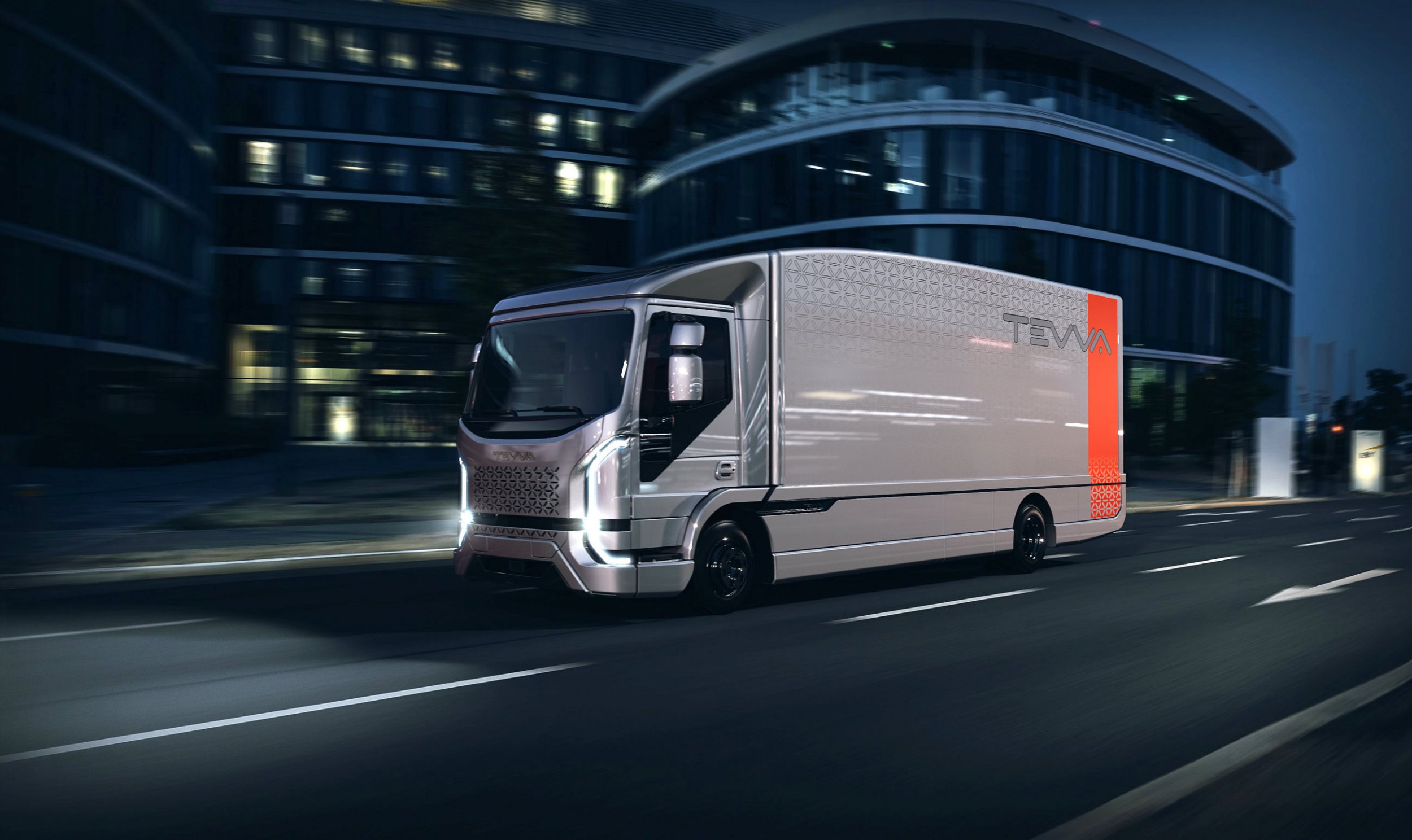 A British engineering company has unveiled the nation’s first 7.5-tonne electric truck, which will create up to 1,000 new jobs.

The Tevva Truck is designed to address the haulage industry’s immediate need to electrify, with the UK and Europe committed to a target of net zero emissions by 2050 alongside a proposed ban on the sale of all polluting vehicles by 2035.

It will have a range of up to 160 miles between charges as a pure battery electric vehicle, or up to 310 miles with its hydrogen fuel cell range extender technology (REX).

The truck is being developed by a team led by Ken Scott, formerly engineering director at both Bentley and Alexander Dennis, and styled by Dale Grewer, former chief designer at Jaguar Land Rover.

In a boost to the British automotive industry, the Tevva Truck will be manufactured in a brand-new facility in the London Thames Freeport area providing close proximity to central London and Europe.

The 11,000 meter-squared manufacturing plant is set to create an additional 1,000 skilled mechanical, software, engineering, and manufacturing jobs in the next 24 months, adding to the 60 plus jobs already created this year.

It is part of an initiative that has already seen tens of millions of pounds being invested into the UK, with further funding planned, helping to support the economy and propel Britain’s electric vehicle revolution.

The facility is initially expected to begin manufacturing 3,000 trucks per annum by 2023.

‘But meaningful change is a gradual process, it must happen one step at a time, even if those changes are needed in fast succession.

‘The Tevva Truck provides a natural transition into electrification for fleet managers, providing total peace of mind and a compelling total cost of ownership proposition, with no compromise on range and reliability and minimised compromise on payload.’

The Tevva Truck can carry up to 16 euro pallets and more than two tonnes payload at 7.5-tonnes Gross Vehicle Weight (GVW).

Its total cost of ownership is comparable to a diesel, with parity achieved at approximately 3,000 km or when 500 litres of diesel is consumed per month.

Production of the Tevva Truck is due to commence in July 2022, with the truck manufacturer also producing a range of BEV and fuel cell REX models up to 19.5 tonnes for the UK, European, and Middle Eastern markets.