I have an old phone. Like, really old phone. There. I’ve said it.  My shame is sealed.

I can’t even remember buying this thing, but the ‘pedia of Wickiness tells me the iPhone 6s Plus was released at the end of 2015, a magical far-away time when Donald Trump was just a bright orange circus peanut from reality TV hell, and George RR Martin could still confidently predict his next Game of Thrones instalment would totally beat the TV series into release. 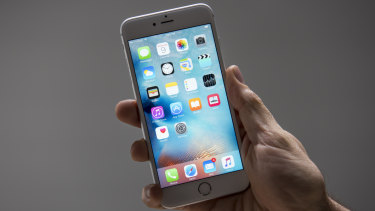 And yet, as the world has gone sideways, hard, and our civilisation has been hacked into loose meat by trolls from the ruins of the former USSR, my love for this old, antiquated and soon-to-be-obsolete block of aluminium and glass only grows fonder.

I don't even think of it as neurotic Applephilia any more.

I’d probably feel the same way about a big-arse ancient Samsung if I’d bought one back then. (And if any were still functional. Ha! I kid, I kid! I kid because I care, Android weenies. Come on. Come over here. Let's hug it out.)

Phones have, of course, made insane advances in the past five years. It is an abomination that I still carry a piece of kit that was already old when the guy who wrote The Exorcist died. (For a while.)

If you hold on to a phone long enough, if you resist the siren song of the updated silicon and the fancy 3D thingies, and much, much better cameras, you start to develop this perverse attachment to your tired old piece of crap.

After all, most of the photos I take are quick snaps of receipts and broken pieces of household doodads for the purposes of doodad repair consultancy down at Bunnings.

“Mate, what the hell even is this? Do you have any out the back?”

Otherwise I’m listening to music, via my beautiful 3.5mm headphone jack, or audiobooks, or podcasts. None of those things get appreciably better with newer phones, and arguably they can get worse if you have to transition to Bluetooth-only headphones.

So, like a lot of hopeless fanbois, I’ll be watching the launch of the new iPhones next week, and there will doubtless be a moment or two when I think, “Hmm, shiny.”

But I’ve now had my ancient geezerphone for so long, there is a strange contrary part of me wants to run that sucker, deep, deep, deep into the ground.

Maybe I could even hold on to it until our dying civilisation finally goes under. Can’t be long now.