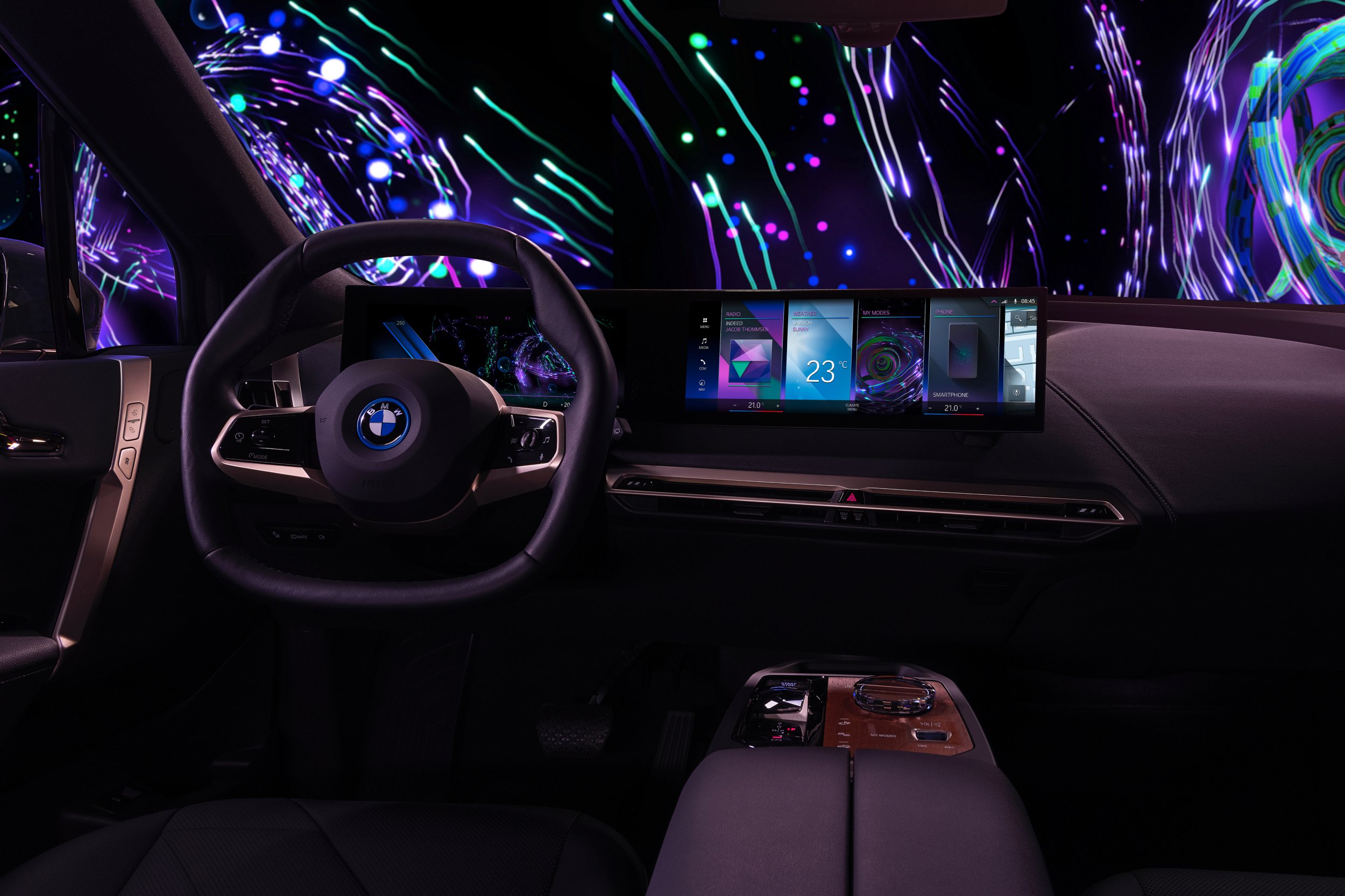 Fancy relaxing in your own private cinema while thundering down the motorway?

Want an in-car assistant to do your bidding?

It may sound like science fiction, but futuristic car concepts and innovations announced at Vegas’ recent Consumer Electronic Show may be here sooner than you think.

We’ve got a sneak preview of the fancy gadgets that you might one day be driving around for yourself.

Read on for a glimpse of the automotive future.

When you think of four wheels, LG isn’t necessarily a brand that springs to mind.

But if the South Korean tech giant’s Omnipod concept becomes a reality we could be riding around with a fridge, retractable furniture and a ‘metaenvironment’ display designed to mimic a different exterior environment.

Basically, the car will also act as a lounge, home office, cinema and even gym.

Sony gets into cars

Sony is another name you might not expect to see here but the Japanese firm has announced a new mobility division to focus on electric vehicles and is showing off its fascinating new Vision-S 02 SUV.

The prototype has a family-oriented body shape and is roughly the same dimensions as a Tesla Model Y. It will use a pair of electric motors to produce 568hp and can seat up to seven passengers.

It’s Sony so there’s plenty in the way of infotainment, too, thanks to a full width three-display screen in the front and a pair of screens for passengers in the back. Sony says it’s ‘exploring a commercial launch’.

Amazon’s no stranger to the car world, having integrated its virtual assistant Alexa into a number of vehicles. Its next four-wheeled outing involves bringing its Fire TV into cars.

It works by using the vehicle’s mobile connection to bring streaming content to every screen, allowing anyone inside to use Alexa’s hands-free commands to control content.

Even better, you can pause a movie in your car and then go inside your home and pick up where you left off. Amazon will be bringing it to US motor brands Ford, Jeep, Chrysler and Lincoln later this year.

What are cars for when you no longer drive them? Participants in this race to a self-driving future include BMW, whose iX EV proof-of-concept features some left-field thinking, including digital art on the dashboard from Chinese artist Cao Fei. Passengers can expect changes to ambient light and sound to provide a holistic viewing experience.

Those in the back seat will also enjoy a 31in 8K widescreen that unfolds from the roof and triggers rear window blinds to darken the cabin when switched on, transforming the rear into a private cinema lounge.

Cadillac hopes to play a prominent role in a future packed with fully autonomous automobiles, with its seemingly Batmobile-inspired, two-door, InnerSpace concept.

Impressing both visually and technologically, this self-driving space for two is a relaxing, rolling luxury wellness lounge with no traditional conventional controls.

Features include a wraparound LED screen that takes up the entire front window for watching movies or displaying relaxing virtual scenery.

The real headturner, though, is the roof, which raises up, giving you enough space to climb in. So with cars like this, it’s not beyond the realms of imagination that we’ll soon be able to sell the flat and live in them!

Do electric cars have a normal 12-volt battery?

For all the technical talk of kWh capacity and lithium-ion whatnots, most electric cars still have a traditional 12-volt car battery too.

While the big underfloor battery powers the electric motor to actually move the car, many of the electrical features run off a 12-volt battery, just like in a petrol or diesel car. These can include lights, windscreen wipers and infotainment systems.

Why? Well, this method allows such systems to be shared between electric and combustion-engined cars, which cuts costs.