Liu Chuanzhi, the founder of the tech company Lenovo and a towering figure in China’s private sector, has long held the view that business people should steer clear of politics. Yet he recently found out firsthand that in President Xi Jinping’s China, which is engaged in a tech Cold War with the United States, business cannot just be business.

Over the past week, Mr. Liu became collateral damage when the ride-hailing giant Didi, where his daughter Jean Liu is a top executive, came under fire after its blockbuster initial public offering in New York.

Chinese regulators ordered the company, where Ms. Liu is president, to stop signing up new users. They said Didi should also be pulled from Chinese app stores because of national security concerns and to protect the data of Chinese users.

The Chinese internet immediately savaged Didi and Ms. Liu — and then Mr. Liu. A hashtag, #Didiapppulledfromappstores, which was started by the official People’s Daily, was viewed more than one billion times over a 24-hour period on the Chinese social media platform Weibo. Weibo users called Didi a “traitor” and a “walking dog of the United States.” They urged the government to also punish Mr. Liu for selling out national interests.

Beijing’s actions against Didi — and the ensuing fallout — were part of a broadening crackdown by China against its homegrown tech companies. The shift began last November when regulators quashed the I.P.O. of Ant Group, the tech and financial company run by the billionaire Jack Ma. At the time, many viewed Beijing’s moves against Ant and Mr. Ma as inevitable to rein in the power of Big Tech.

This time, the clampdown on Didi may have an even deeper impact. The actions against Didi are a strong signal from Beijing to discourage listings of Chinese tech companies in the United States, business people and entrepreneurs said, especially as the two countries battle for tech supremacy.

By going after Didi and a few other U.S.-listed internet companies for data security concerns, Beijing has effectively laid the last brick of the digital Berlin Wall that increasingly separates the Chinese internet from the rest of the world. Beijing has made it clear that it is serious about keeping important data within its borders while pressuring its tech elites, who are among the biggest beneficiaries of globalization, to show their loyalty and obedience, they said. 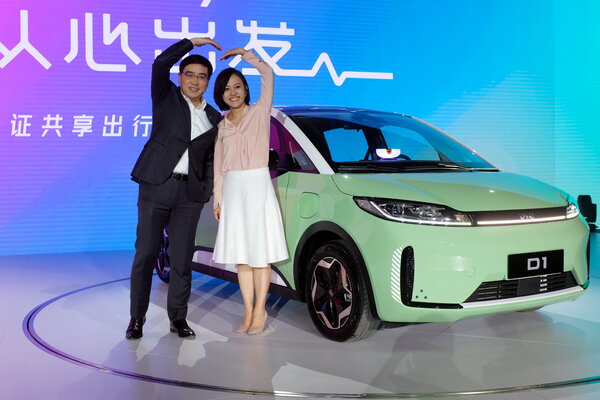 On Tuesday, China punctuated the change by announcing that it would enhance rules on data security and cross-border data flows for Chinese companies seeking to sell shares abroad. The changes were designed to ensure that companies listed abroad would take their responsibilities in information security seriously.

Internet infrastructure operators like Didi must now prove their political and legal legitimacy to the government, Ma Changbo, an online media start-up founder, wrote on his WeChat social media account.

“This is the second half of the U.S.-China decoupling,” he wrote. “In the capital market, the model of playing both sides of the fence is coming to an end.”

China’s internet companies have benefited from the best of two worlds since the 1990s. Many received foreign venture funding — Alibaba, the e-commerce giant, was funded by Yahoo and SoftBank, while Tencent, another internet titan, was backed by South Africa’s Naspers. They also copied their business models from Silicon Valley companies.

The Chinese companies gained further advantages when Beijing blocked almost all big American internet companies from its domestic market, giving its home players plenty of room to grow. Many Chinese internet firms later went public in New York, where investors have a bigger appetite for innovative and risky start-ups than in Shanghai or Hong Kong. So far this year, more than 35 Chinese companies have gone public in the United States.