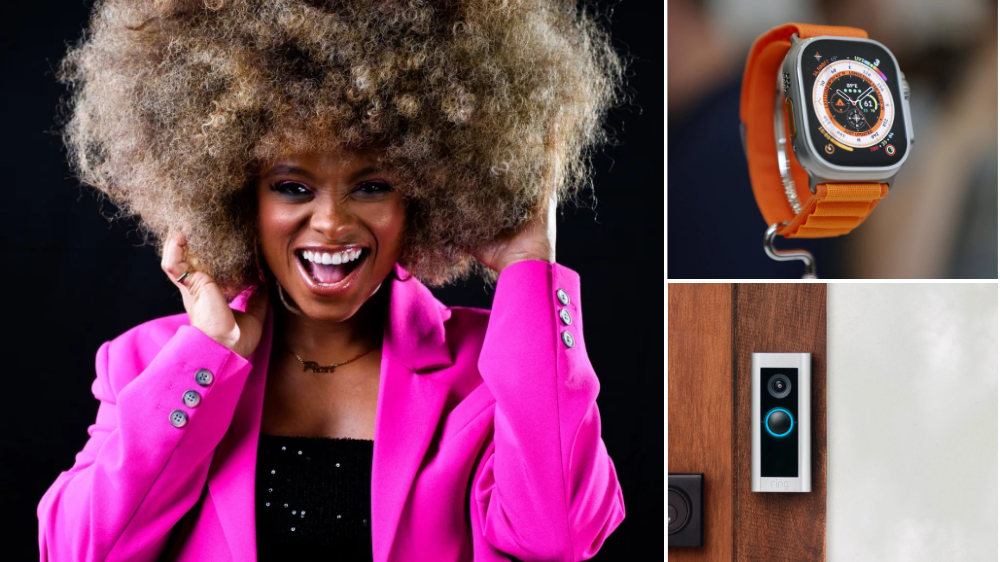 Singer songwriter, rapper and radio presenter Fleur East is a bit of a tech fan.

The artist remembers the hilarious time she broke her microphone, and gives us the inside scoop on the tech she loves to have, like her in-built mood lighting, and the thing she couldn’t live without.

So from exercise tech to home comforts, read on to find out what Fleur’s tech must-haves are.

What’s the latest tech to blow your mind?

I recently went to see a Diversity dance show live. They had lots of tech in the show and there was even a routine performed with drones. There were lights on the drones and they went out in sequence.

It was all timed – the drones were moving in time to the movement. I was like, ‘Whoa, I don’t even know how they did that!’ It was really impressive.

If money was no object, what tech would you buy?

I went to a house where the bath taps were hooked up to an app on the phone so you could run a bath via the app. It was expensive and I remember thinking, ‘That’s pointless! I would not spend money on that!’ But if money was no object I’d love to time it so accurately that when I get in the door, the bath is full and I just get in. That would be ideal.

What tech in the Hits Radio studio is handy for doing your show?

There’s a button that raises and lowers the height of the desk. I’m obsessed with it. It’s great because I do a four-hour show and I don’t want to sit the whole time. So I sit for the first hour, then in the second hour I raise the desk and stand.

I also used it in a TikTok. I was doing dance moves and lowered the desk as I was dancing. Everyone was like, ‘How are you doing that with the desk?’ I was like, ‘It’s technology!’

Have you had any tech fails?

I went to say goodbye but by that time the mic was completely disconnected. When I went backstage one of the tech guys said, ‘In 25 years, I’ve never seen a mic do that.’ That will go down in the books.

How interactive are you with tech?

I’ve got a Peloton tread and bike in my garage. I do live classes and I can automate the resistance on the bike. So when the teacher calls out the level of resistance I should be at, the bike automatically sets.

I love that I don’t even have to touch it. I can connect my Apple Watch to the tread and the bike, and there’s a leaderboard. I’m so competitive.

Is there any tech people would be surprised to hear that you’re a fan of?

The previous owners of my house were heavily into tech and they installed a system called Control4. The lighting and everything is hooked up to this system and it programs the lights in the entire house. It has ‘scenes’ and that’s become my new thing.

So when I watched Love Island with my husband, we had a specific scene that we set the lights to. I’m like, ‘Babe, scene four?’ He’s like, ‘Yeah, go on, then.’ It’s like a soft cinema vibe but there’s just enough light to see if I get up in the ad break.

Tech you can’t live without?

My Apple Watch. It tracks everything: how long I’ve been standing, how many steps I’ve taken, what exercise I’ve completed, how many calories I’ve burned.

I’ve become obsessed with closing my activity rings at the end of the day. I compete with myself, trying to do better than the day before.

What’s your top tech for your home?

In my previous home I had a Ring doorbell. It had a motion sensor so if someone came within two metres of my front door, it would alert me. Then I could go into my phone and see who it was. I left it at my old house but I’d get one again.

I miss having the app on my phone to communicate with delivery guys.