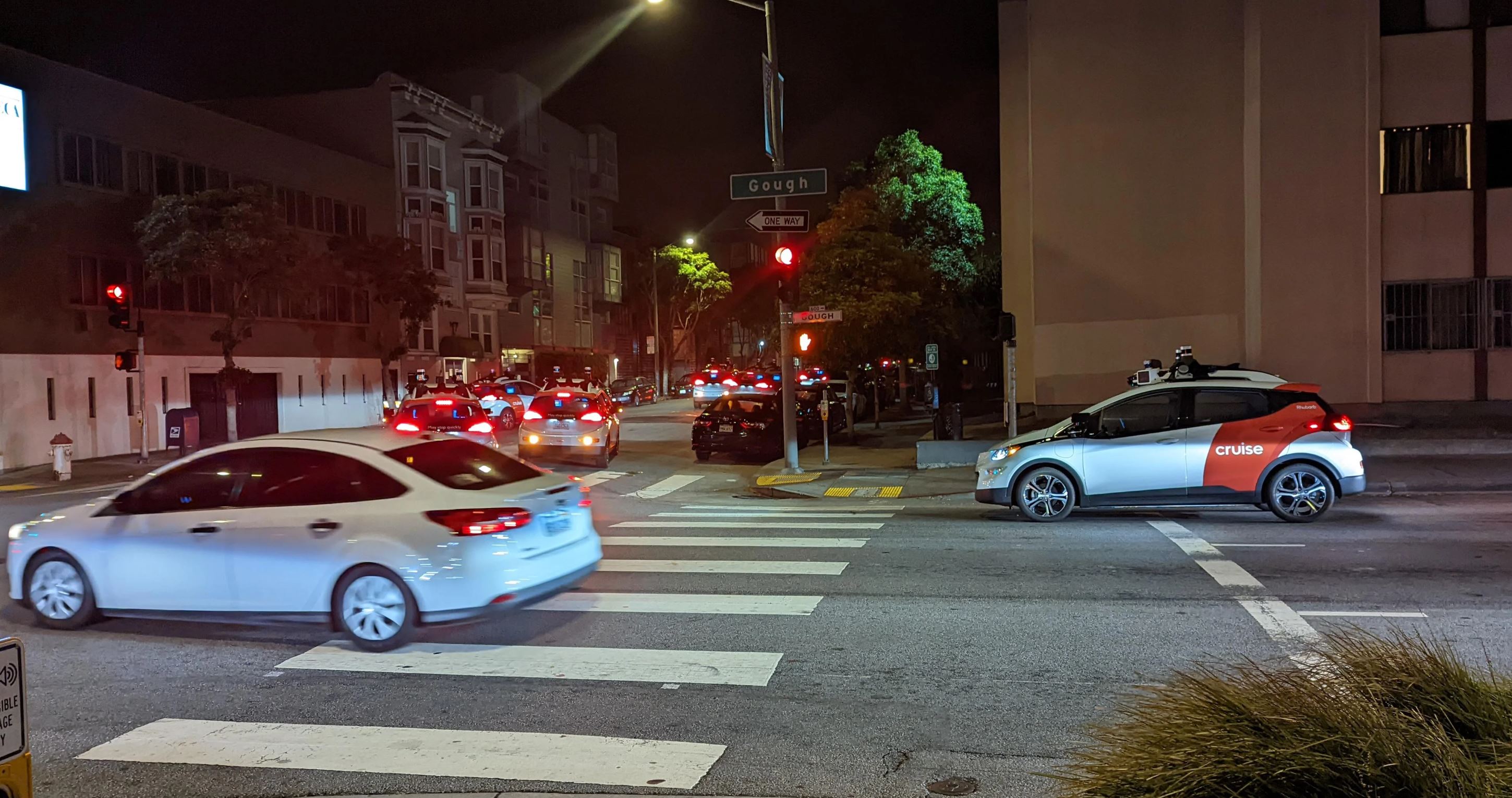 Autonomous driving has plenty of benefits, but it doesn’t always go smoothly.

That was the case in San Francisco recently when a fleet of driverless taxis seemingly ground to a halt at an intersection and blocked traffic for several hours.

Eventually the cars, operated by Cruise (which is owned by General Motors), had to be physically removed by human engineers called out to the site.

While human onlookers may have felt like they were witnessing the start of a robotic revolution, the issue is believed to be something a bit more ordinary: there was a software bug.

Details are still pretty thin on the ground, but pictures from the scene show about eight Cruise autonomous vehicles stuck on the intersection of Gough and Fulton Street. It’s about two miles from San Francisco’s Fisherman’s Wharf.

Cruise’s self-driving cars are only able to operate between 10pm and 6am in the city. And they are completely self-driving by the way; there’s no human driver acting as backup so people are totally alone in the back seat.

Commenting on the incident, Cruise spokesperson Drew Pusateri told Digital Trends: ‘We had an issue earlier this week that caused some of our vehicles to cluster together.

‘While it was resolved and no passengers were impacted, we apologize to anyone who was inconvenienced.’

Hey San Francisco, ready to ride? Be one of the first to experience the magic of a driverless ride. Sign up today at https://t.co/nXPJ9a6g7o pic.twitter.com/XCJETJ0cWb

This isn’t the first time that Cruise’s driverless cars have made headlines.

In April, one of the company’s cars unexpectedly took off after being pulled over by a police cruiser.

According to Cruise, the car behaved as expected. In a tweet, the company clarified that the car was not fleeing the police but ‘pulling over to the nearest safer location for the traffic stop’.

Cruise said that it was working closely with the San Francisco Police Department on how to interact with its vehicles in situations like this.