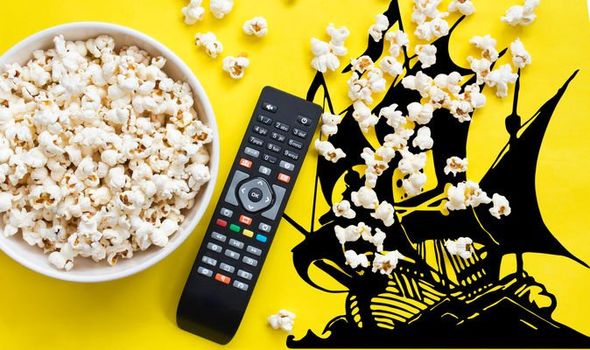 Huge numbers of people are turning to illegal downloads and streams to keep themselves entertained during the ongoing lockdown in the UK. In order to stop the spread of the coronavirus, millions of people are still being encouraged to stay home to work or study. Others remain furloughed with extra hours to fill.

Downloads and streams of films released more recently trebled during the same period, the research shows.

Chief executive of FACT Kieron Sharp said it was no surprise that more people are turning to illegal methods to obtain films to watch during the ongoing public health crisis. Millions of people are experiencing financial hardship due to the novel coronavirus, which makes the allure of free movies and boxsets more tempting than ever. However, the film and television industry is also experiencing enormous difficulties as a result of the lockdown.

READ MORE
If you own a 4K TV, you’ll be VERY pleased with the latest change from Netflix 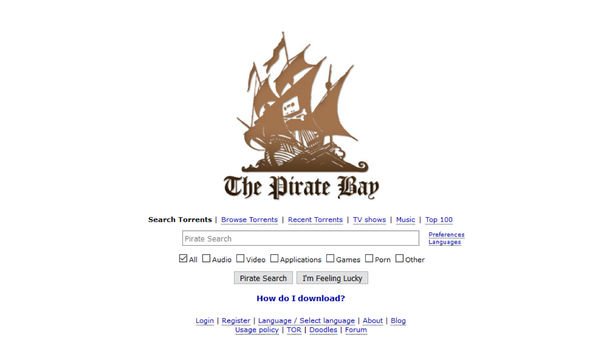 Sharp told Express.co.uk, “It’s no surprise that there’s been an increase in demand for content during the lockdown period, resulting in the inevitable increase in piracy, shown by the near trebling we’ve seen in streaming links. However, it’s essential to remember that the only legal way of watching films is through the official providers. If you’re accessing content in any way that does not remunerate the content provider, this is not a grey area: it is illegal. This includes links to illegal streaming sites.

“Every pirated link that we detect denies the rights holder of revenue they are entitled to and also threatens investment in future content. Piracy is any rights holders’ biggest competitor and with online audio-visual consumption the new normal, it’s never been more important to protect content.

“We’re continuing to work with studios to take down illegal streaming links and would encourage people to report any illegal sources they come across to Crimestoppers, anonymously by calling 0800 555 111 or filling out their online form.”

And it’s not just FACT that has noticed the dramatic increase in the number of people looking to watch films for free using illegal methods. Piracy-tracking firm Muso has reported that traffic to illegal streaming and download sites rose by nearly 60 percent in March 2020 – then the lockdown kicked in.

More than 300 million visits to piracy sites in the UK and more than one billion in the US have been recorded by Muso. Oscar-winning film Parasite and 2011 pandemic thriller Contagion were named as some of the most sought-after titles by illegal streamers.

Studios have rushed to find innovative new ways to get their latest releases in front of people unable to pack into the local multiplex.

Universal Pictures has brought forward the launch of a number of films that were in the cinema when COVID-19 gripped the UK and forced the Government to implement social distancing policies, including discouraging people from visiting non-essential shops, pubs, restaurants, theatres and cinemas. These include Emma, The Invisible Man, and The Hunt.

Universal Pictures has rolled out the rentals, which cost £15.99 for a 48-hour rental, to a number of the most popular digital distributors available, including Amazon Prime Video, Sky Store, Google Play Movies, and of course, Apple iTunes.

And Universal Pictures isn’t alone. Paramount Pictures has made the decision to release romantic comedy The Lovebirds on Netflix after cancelling its theatrical release. This is the first time that a studio has taken its film to a third-party streaming service, like Netflix, instead of digital purchase, rental, or its own in-house streaming solution.

Unfortunately, the details of exactly when the film, which starts Kumail Nanjiani and Issa Rae, will launch in countries around the world isn’t quite clear yet. However, Paramount had scheduled the film for an April 3, 2020 premiere, so presumably sometime around then, depending on how that fits with Netflix’s schedule.

In the United States, Pixar launched its latest film – Onward – as a digital rental much earlier than planned as families were told to stay at home to “flatten the curve” and reduce the strain on healthcare providers amid the spread of COVID-19. Disney, which owns Pixar, has also confirmed plans to bring forward the release of Onward on its streaming service, Disney+. It has already released Frozen II on the platform much earlier than initially planned to help those cooped-up inside.

The Digital Economy Act received royal assent back in May 2017. This change to UK legislation meant UK file-sharers could now be imprisoned for a decade. Following a recommendation from the International Property Office, IPO, the maximum prison sentence for copyright infringement in the UK has been increased from two years – to 10.

It is unlikely casual users who download pirated-content would be hit with the maximum 10-year prison sentence.

This is more likely to apply to those hosting torrent repositories that enable thousands of other internet users to download copyrighted content without permission from the rightholders. According to a previous Government statement, “a maximum sentence of 10 years allows the courts to apply an appropriate sentence to reflect the scale of the offending.”

The majority of UK Internet Service Providers (ISPs) send out warning letters to those downloading or streaming paid-for content for free – alerting them to the potential consequences of this illegal activity.