In the more than six hours that Facebook and its various Hydra-like heads were missing from the internet this morning, many users came to realise just how much they rely on the services in their day-to-day lives.

It’s easy to be glib and say that people had to go elsewhere for their boomer memes or photos of other people’s breakfasts, but Facebook’s position as part of the internet goes far beyond its role providing mindless entertainment. For a lot of people, Facebook’s services are the internet. 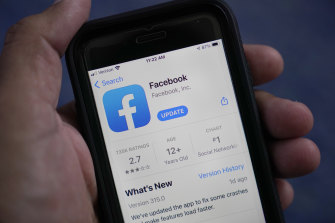 For starters, the main Facebook platform is a source of news for many, for better and for worse. It’s certainly the first place I see missives from Victorian Premier Daniel Andrews about new COVID measures for example, and in a more personal sense it connects people with news from their friends and family at a time when physical catch-ups aren’t always possible.

Then there’s WhatsApp and Messenger, which are used as defacto communication tools by many and were also impacted by the outage. WhatsApp specifically is used broadly by immigrants and foreign students who may have no other established way to keep in touch with family.

Instagram too is an important part of the web, together with Facebook offering a platform for socialising as well as running and advertising all kinds of businesses.

Then there are the less obvious aspects of the Facebook empire that can cause issues when the mothership goes dark. People can use their Facebook account to log in to virtually any service for example, including apps that they rely on for email, financial services, entertainment and more.

Some people also use hardware run by Facebook, including Portal smart displays and Oculus VR headsets, which don’t work fully when they’re not able to check in with Facebook HQ.

This is all to say that a lot of the mainstream internet’s eggs are in the same basket; odds are when you woke up this morning you realised Facebook was down pretty quickly, whether because your business relies on it to reach stakeholders, or you use it to call your kids, or simply because you tend to scroll Instagram over coffee. In the US, the outage was the major story on many TV channels’ nightly news.

The fact that the impact was so wide may cause you to ponder what we all already know, that Facebook has inserted itself into as many facets of our online lives as possible, for the purposes of the collection and cross-referencing of our data, to drive its experimental advertising machine.

And though outages like this are rare and the hyper-connectedness of Facebook services is unlikely to become an ongoing problem in the sense that they’re falling over all the time, it is timely that we’ve been forced to reckon with just how ubiquitous the company is, if only for a few hours. 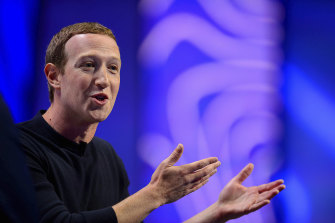 The outage was the second heavy blow for Facebook and Mark Zuckerberg in a matter of hours, after a former Facebook product manager came forward with documents that undermine the company’s public claims about measures it takes to protect users from mental harms on its services.Credit:AP

On Twitter, US politician Alexandria Ocasio-Cortez was keen to point out that a wide network of services being affected by one web behemoth’s decisions (or failures) was the kind of thing Democrats wanted to prevent through competition laws. That Facebook has been allowed to acquire so many businesses means that if something does happen to it, or if the company becomes untenable for social or ethical reasons, there may not be any alternatives to move to.

The outage also comes immediately after a former Facebook product manager came forward with documents that undermine the company’s public claims about measures it takes to protect users from mental harms on its services.

Claims that Facebook manipulates users or ignores clear harms for the sake of increasing data collection or revenue are not uncommon. And yet it has nearly 3 billion users and climbing, potentially because if we stopped using its services for socialising, event planning, shopping, gaming, browsing, connecting and sharing, we might not be able to immediately find a replacement.