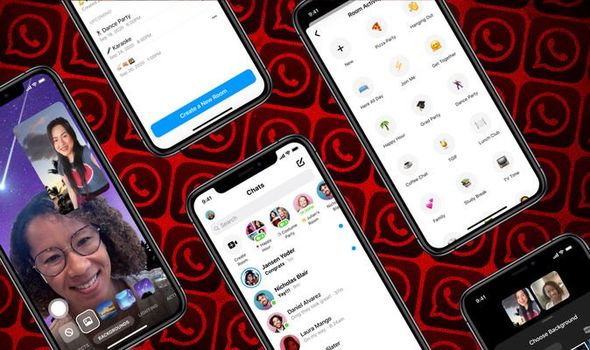 Facebook has started to impose a limit on your messages, images and videos sent within its Messenger app. Just like WhatsApp, which has been owned by Facebook since February 2014, the limit is designed to stop misinformation and harmful content going viral within the app. Starting today, Messenger users will only be able to send content to five people or group chats at the same time.

Of course, you can slowly make your way through your contact book in chunks of five people at a time, but this is infinitely more laborious than sending it to everyone you know with a single click – something that was easily achieved in previous versions of Facebook Messenger.

While forwarding is very useful when it comes to sharing memes about Tiger King or baby photos to a handful of loved ones – the feature has had the unintended consequence of allowing people to quickly spread false information and conspiracy theories to hundreds of people with a few quick taps inside the app. Whether intentionally malicious or not, the spread of false information to huge numbers of people can be incredibly damaging.

Facebook hopes that making the task of forwarding messages and images to people more arduous should limit the spread of misinformation around the coronavirus crisis as well as the forthcoming Presidential election in the United States this November. The Californian social media firm has good reason to believe this strategy will work supremely well.

After all, WhatsApp says that its forwarding limit cut the spread of viral messages by 70 percent since its implementation earlier this year. 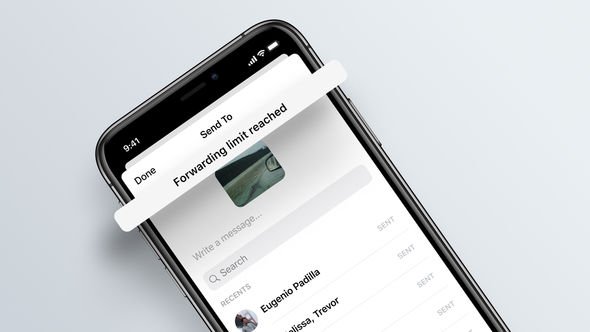 That’s an impressive result. Of course, since WhatsApp is end-to-end encrypted, which stops Facebook or anyone else who intercepts the messages as they travel between your smartphone and your recipient, there’s no way to know what these viral messages contained. While parent company Facebook seems to think there’s a good chance these highly-shared texts were misinformation – it’s possible they were hilarious memes or the results of a Buzzfeed quiz being shared with large numbers of friends and family.

Director of product management for Messenger privacy and safety, Jay Sullivan announced in a blog post: “As a part of our ongoing efforts to provide people with a safer, more private messaging experience, today we’re introducing a forwarding limit on Messenger, so messages can only be forwarded to five people or groups at a time.

“Limiting forwarding is an effective way to slow the spread of viral misinformation and harmful content that has the potential to cause real world harm. We believe controlling the spread of misinformation is critical as the global COVID-19 pandemic continues and we head toward major elections in the US, New Zealand and other countries.

“We want Messenger to be a safe and trustworthy platform to connect with friends and family. Earlier this year we introduced features like safety notifications, two-factor authentication, and easier ways to block and report unwanted messages. This new feature provides yet another layer of protection by limiting the spread of viral misinformation or harmful content, and we believe it will help keep people safer online.”

MORE LIKE THIS
WhatsApp now restricts the text messages you can send. This is why

The latest changes comes as Facebook co-founder and CEO Mark Zuckerberg confirmed plans to police the spread of misinformation on the platform. The company is still reeling following widespread criticism that it failed to stop conspiracy theories running rampant and stop political campaigns using privileged information to target advertisements at voters during the US election in 2016 and EU referendum in the same year in the UK.

The 36-year-old confirmed new restrictions on political advertising: “This election is not going to be business as usual. We all have a responsibility to protect our democracy. That means helping people register and vote, clearing up confusion about how this election will work, and taking steps to reduce the chances of violence and unrest.”

Earlier this month, a number of posts claiming US citizens would be infected with Covid-19 if they took part in voting were stopped on the platform.