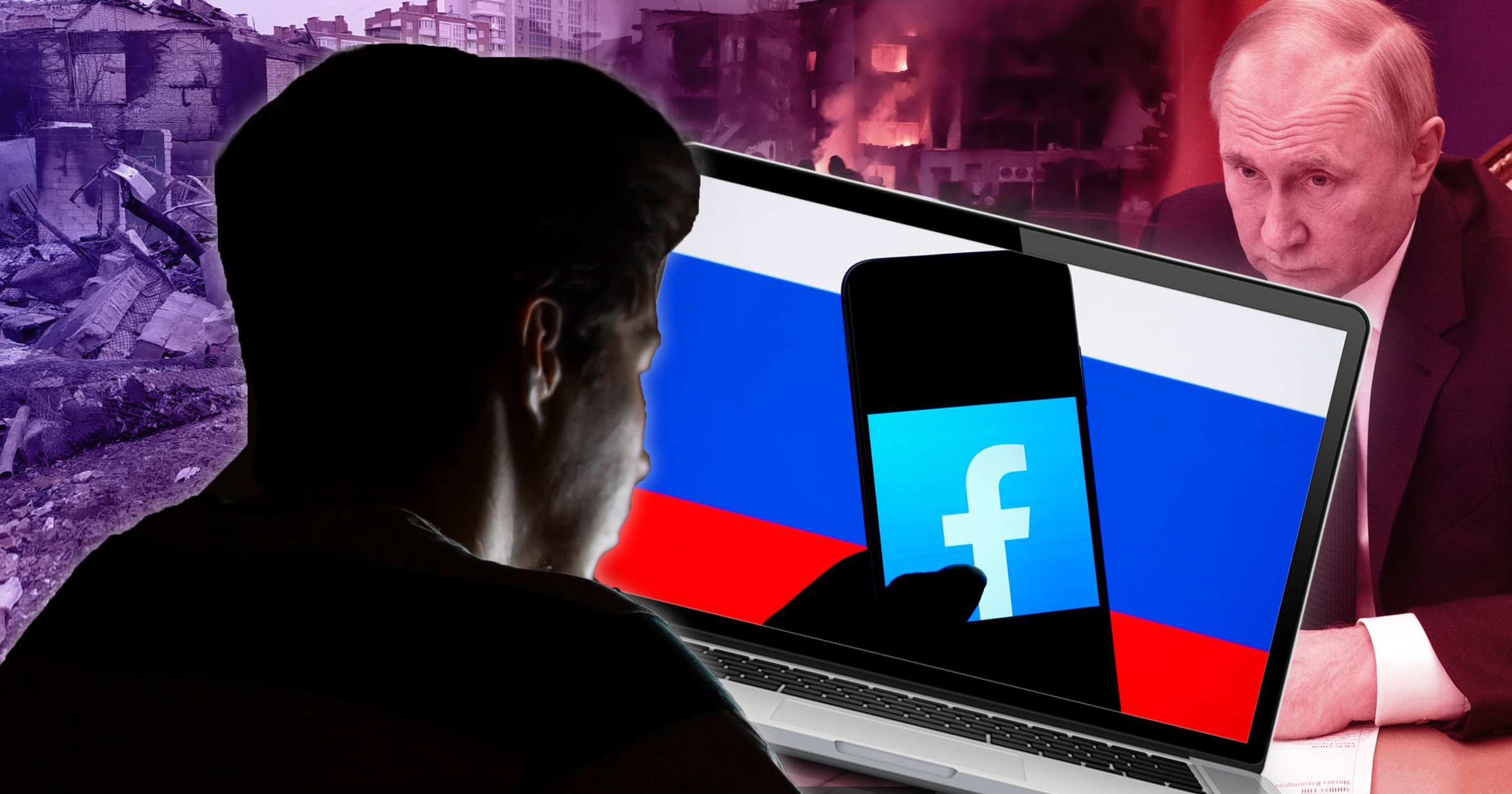 Facebook and Instagram users in some countries will be allowed to call for the death of Russian soldiers in the context of the Ukraine invasion.

According to internal emails seen by news agency Reuters on Thursday, Facebook’s parent company introduced the temporary change to its hate speech policy for users in parts of Europe.

The company is also temporarily allowing some posts that call for death to the Russian president, Vladimir Putin, and Belarusian president, Alexander Lukashenko.

These will be allowed in countries including Russia, Ukraine and Poland, according to internal emails to its content moderators.

‘As a result of the Russian invasion of Ukraine we have temporarily made allowances for forms of political expression that would normally violate our rules like violent speech such as “death to the Russian invaders”,’ a Meta spokesperson said.

The calls for the leaders’ deaths will reportedly be allowed unless they contain other targets or have two indicators of credibility, such as the location or method, one email said, in a recent change to the company’s rules on violence and incitement.

In the email recently sent to moderators, Meta highlighted a change in its hate speech policy pertaining both to Russian soldiers and to Russians in the context of the invasion.

‘We are issuing a spirit-of-the-policy allowance to allow T1 violent speech that would otherwise be removed under the Hate Speech policy when: (a) targeting Russian soldiers, EXCEPT prisoners of war, or (b) targeting Russians where it’s clear that the context is the Russian invasion of Ukraine (e.g., content mentions the invasion, self-defense, etc.),’ it said in the email.

‘We are doing this because we have observed that in this specific context, “Russian soldiers” is being used as a proxy for the Russian military. The Hate Speech policy continues to prohibit attacks on Russians,’ the email stated.

Last week, Russia said it was banning Facebook in the country in response to what it said were restrictions of access to Russian media on the platform.

Moscow has also cracked down on other tech companies including Twitter.

Just this week, Instagram started ‘downranking’ posts from Russian state-controlled media in people’s Feeds, and placing them lower in the Stories tray.

TikTok, the Chinese-owned video app, said on Sunday that it would suspend live-streaming and the uploading of videos to its platform in Russia.

The emails also showed that Meta would allow praise of the right-wing Azov battalion, which is normally prohibited, in a change first reported by The Intercept.

A Meta spokesperson also reportedly said the company was ‘for the time being, making a narrow exception for praise of the Azov Regiment strictly in the context of defending Ukraine, or in their role as part of the Ukraine National Guard,’

Meanwhile, Russia’s embassy in the United States demanded that Washington stop the ‘extremist activities’ of Meta.

âï¸We demand that ðºð¸ authorities stop the extremist activities of @Meta, take measures to bring the perpetrators to justice. Users of #Facebook & #Instagram did not give the owners of these platforms the right to determine the criteria of truth and pit nations against each other. https://t.co/1RkrjRmEtA pic.twitter.com/sTacSm4nDt

‘Users of Facebook & Instagram did not give the owners of these platforms the right to determine the criteria of truth and pit nations against each other,’ the embassy said on Twitter in a message that was also shared by their India office.

‘Meta’s aggressive and criminal policy leading to incitement of hatred and hostility towards Russians is outrageous,’ the Russian embassy said in a statement.

‘The company’s actions are yet another evidence of the information war without rules declared on our country,’ it added.

The embassy said it wanted the U.S. authorities to ‘stop the extremist activities of Meta and take measures to bring the perpetrators to justice’.