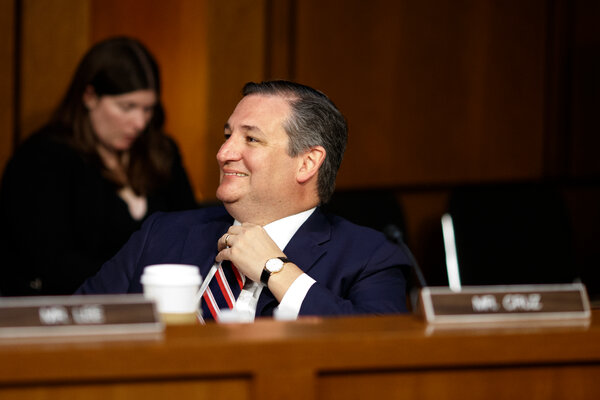 The charges of censorship will almost certainly play a central role in Wednesday’s hearing. Republicans like Senator Marsha Blackburn of Tennessee and Senator Ted Cruz of Texas are likely to criticize the chief executives about how their platforms have moderated content posted by conservative politicians or right-wing media outlets.

Recently, Republicans pointed to the decision by Twitter and Facebook to restrict the sharing of stories about Hunter Biden, the son of Joseph R. Biden Jr., the Democratic nominee for president. Twitter initially said that the story violated its policy against the sharing of hacked information, but later reversed itself. Facebook has said it is restricting the story’s reach while it waits for a third-party fact checker to evaluate the claims.

In 2017, Twitter took down an ad for Ms. Blackburn’s Senate campaign after the company deemed it “inflammatory” for a line that included a reference to “the sale of baby body parts,” saying the post violated its policies. The company changed its mind a day later.

In 2016, Facebook had to answer questions from conservatives about whether its Trending Topics section, which at the time was run by human curators, not the algorithms that power its News Feed, had suppressed conservative news. The company said it found no evidence that the accusations were true.

None of these cases unearthed evidence of a systemic bias against conservative content. A 2019 study by The Economist found that Google did not favor left-leaning websites. Posts from commentators like Ben Shapiro regularly rank among the most highly-engaged on Facebook. Liberals have also had their posts flagged or removed from the platforms — groups that advocate for racial justice, for example have said that Facebook has taken their content down.

Democrats have accused Republicans of raising the issue to manipulate Silicon Valley companies into being more cautious when it comes to moderating false or misleading information posted by conservatives.

“There’s simply no reason to have this hearing just prior to the election, except that it may intimidate the platforms, who have shown themselves to be vulnerable to political blunt force in the past,” Senator Brian Schatz, Democrat of Hawaii, wrote in a tweet this month about Wednesday’s hearing.