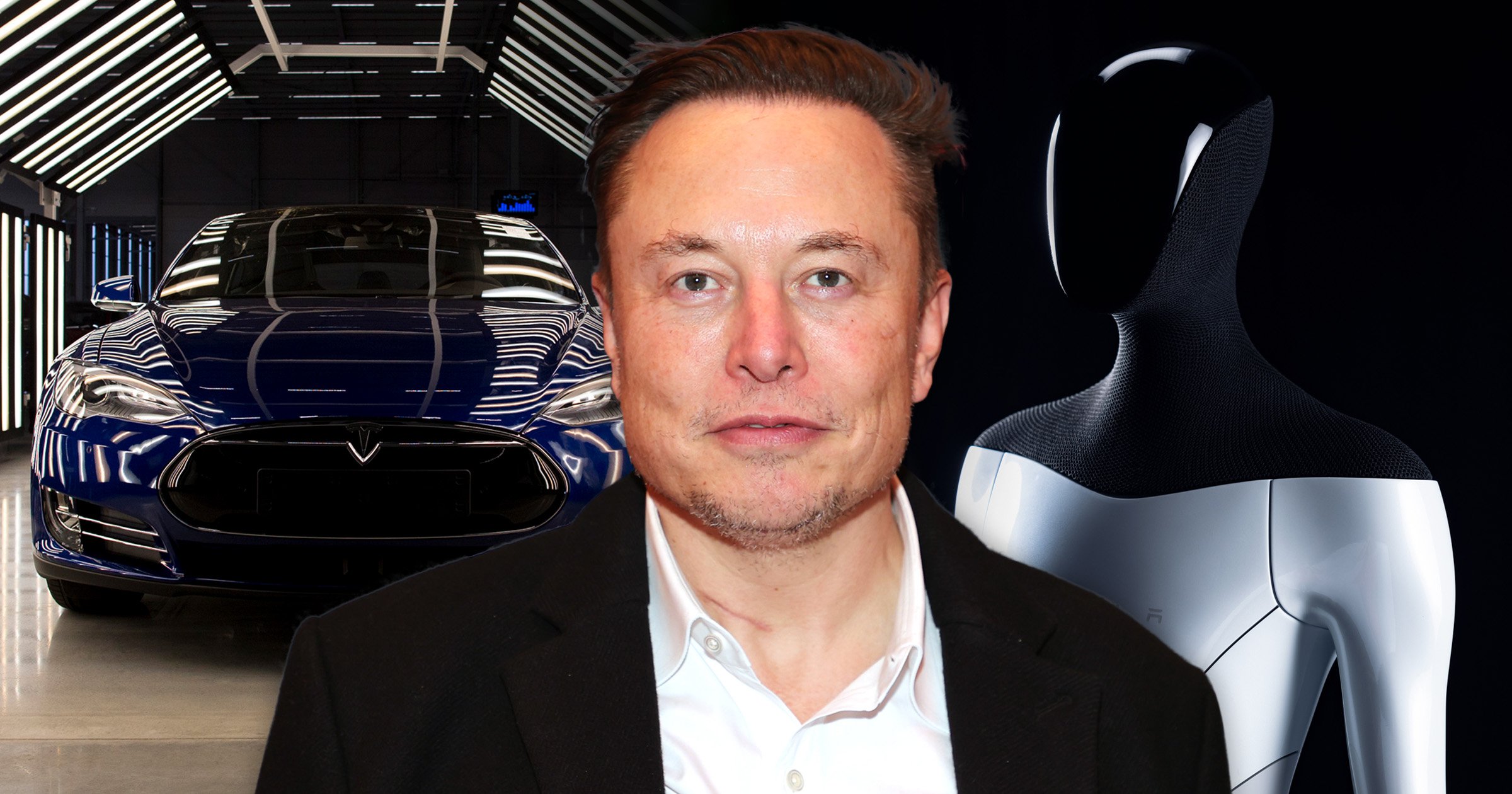 Elon Musk has said that Tesla’s humanoid robot will be unveiled to the world in three month’s time.

Musk has previously called the ‘bot, known as Optimus, as Tesla’s ‘most important product’.

Now he says a prototype will be ready for demonstration at Tesla’s ‘AI Day’ on September 20.

‘I hope that we will have an interesting prototype to show people,’ Musk told journalist John Micklethwait in a live video link to the Qatar Economic Forum in Doha.

‘We have a very talented team at Tesla that I’m working with closely to have a prototype humanoid robot ready by the end of September,’ Musk added.

‘And I think we are tracking to that point.’

The sleek, 60kg robot will eventually be tasked with helping to produce electric cars in Tesla factories.

The 5ft8 robot is built from ‘lightweight materials’ and will be able to ‘see’ using the Autopilot cameras from Tesla vehicles that sense the environment.

Musk has previously confirmed that Optimus will be operated by Tesla’s Full Self-Driving (FSD) computer.

‘It’s intended to be friendly,’ Musk said when he unveiled it in August 2021, ‘and navigate through a world built for humans.’

Interestingly, this news comes in the same week when Musk confirmed Tesla will be firing flesh-and-blood humans from their jobs at the company.

Tesla has just under 100,000 employees but Musk said the cuts would amount to a reduction of about 3.5% because salaried workers represent around one-third of the workforce.

The electric car company will instead increase the amount of staff it employs on an hourly basis, who account for about two-thirds of the workforce.

Musk echoed the sentiments of US president, Joe Biden, who said on Monday that he felt a US recession was not inevitable even as the world’s largest economy struggles to tackle high petrol prices and inflation, which is at its highest in 40 years.

Given that pesky humans need things like salaries and time off, it’s no wonder that Musk would be keen to staff the factories with robots.

There’s been no mention of when a fully-finished Optimus robot will be operational – but it’ll be a while yet.

Some of the most advanced humanoid robots, like the Boston Dynamics-built Atlas robot, have taken years to research, design and build.