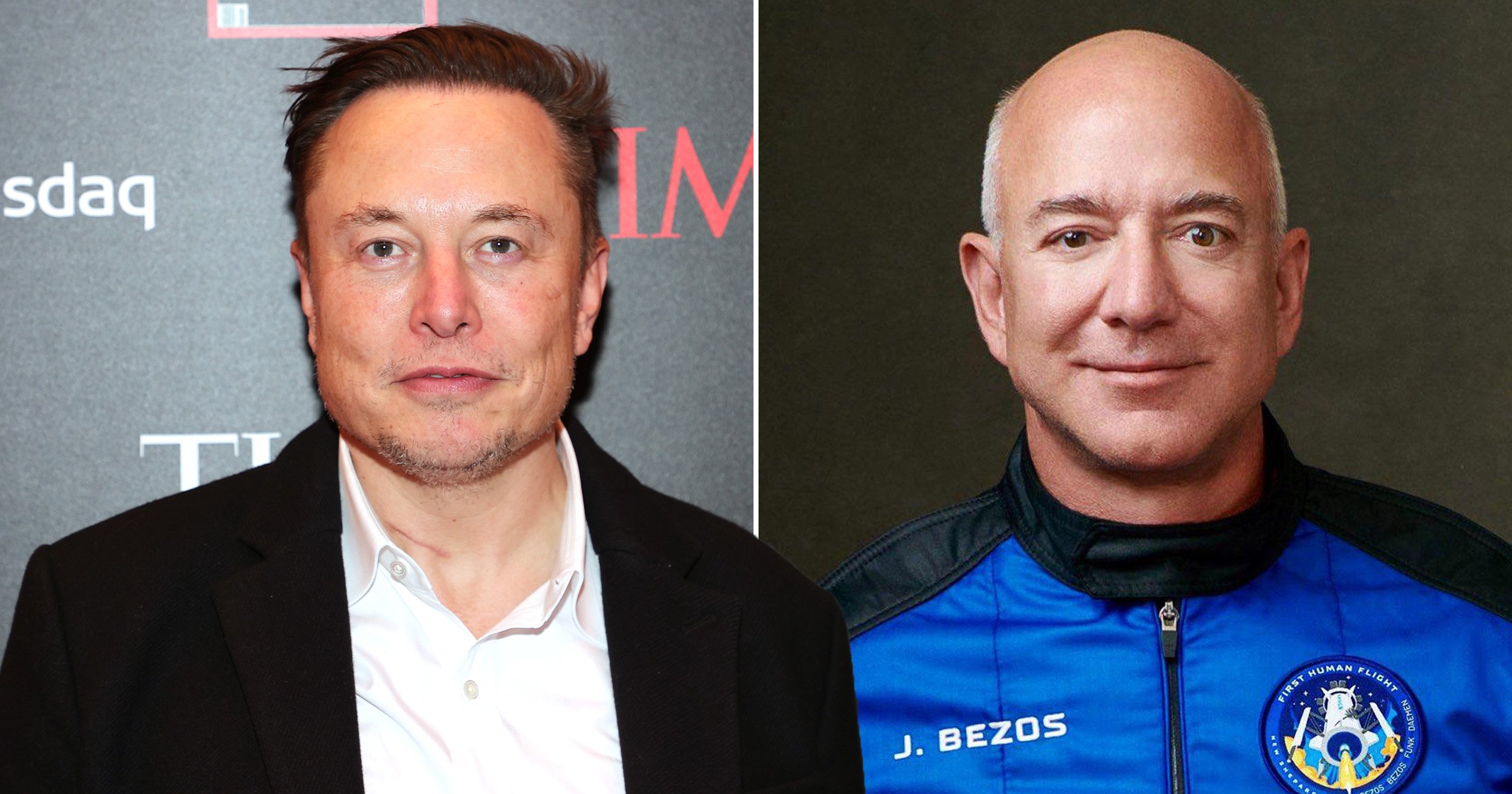 The world’s richest man, SpaceX CEO Elon Musk, was not shy to express his belief that his rival Jeff Bezos’ wealth and aerospace company are second to him because he works harder.

Musk, who was named Time Magazine’s Person of the Year 2021, threw some shade at Blue Origin founder Bezos in an interview with the Financial Times, which also named him its person of the year.

The Tesla CEO dared say that Amazon founder Bezos ‘does take himself a bit too seriously’.

Musk, 50, did give Bezos, 57, some credit, saying he has ‘reasonably good engineering aptitude’.

‘But he does not seem to be willing to spend mental energy getting into the details of engineering,’ Musk added. ‘The devil’s in the details.’

Contrasting himself from Bezos, Musk said he works every day and 80 to 90 hours per week overseeing SpaceX and Tesla projects.

Musk spoke as SpaceX holds an edge over Blue Origin in the billionaire space race. In September, SpaceX launched the first all-civilian space mission. And last month, Blue Origin lost a lawsuit against Nasa regarding a $2.9billion contract awarded to SpaceX for a lunar lander.

It is not the first time that Musk has spewed competitive words at Bezos. In September when he overtook Bezos as the richest man, Musk told Forbes he would send him a silver medal.

‘I’m sending a giant statue of the digit “2” to Jeffrey B, along with a silver medal,’ Musk wrote.

Musk is worth about $252billion while Bezos is worth $195billion, according to Forbes.